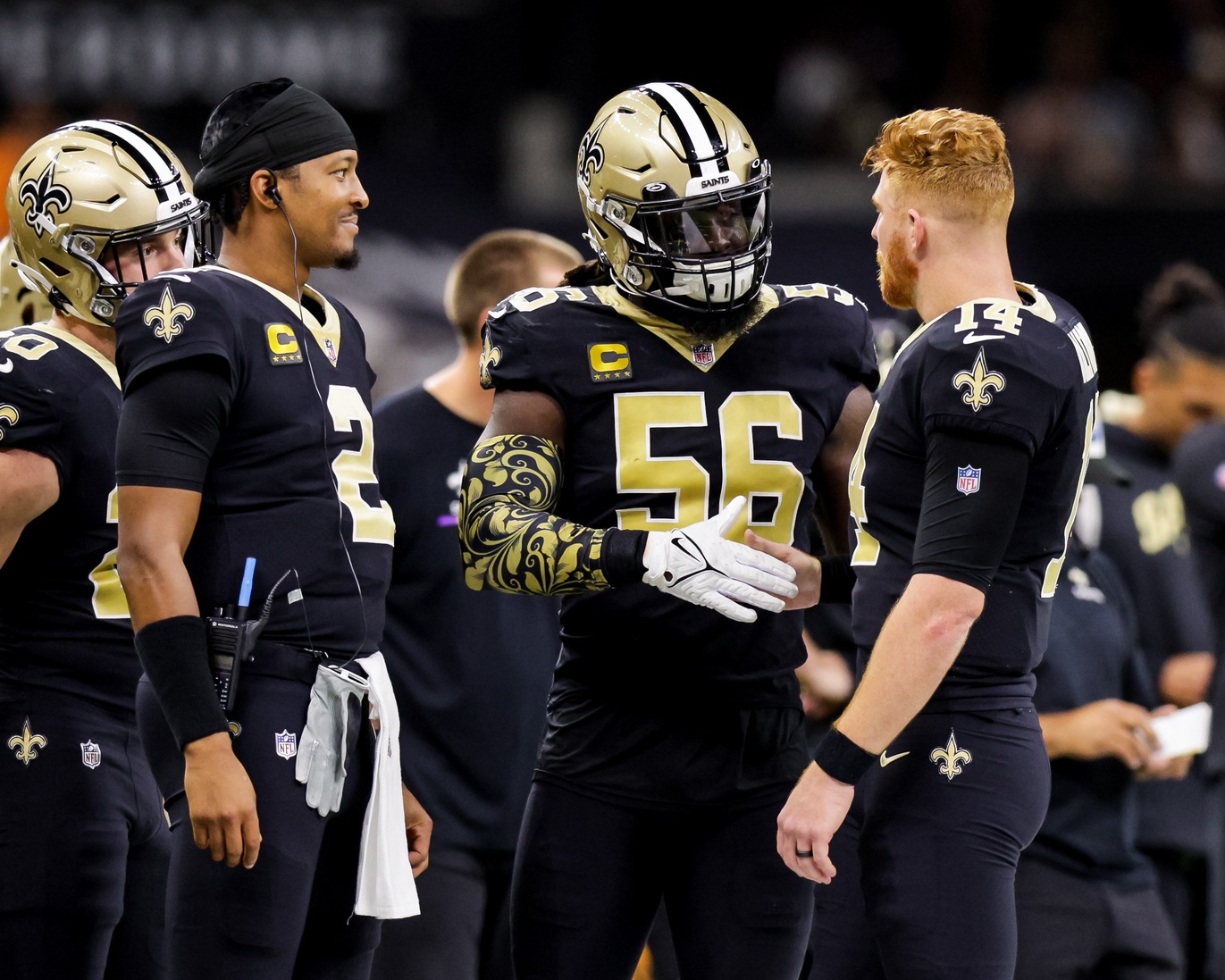 Who Should Be Saints’ Starting QB?

The New Orleans Saints have declined an opportunity to name their starting quarterback for Thursday’s primetime showdown with the Arizona Cardinals. Andy Dalton has started the previous three contests in place of an injured Jameis Winston. Winston is no longer carrying an injury designation on this week’s practice report. Still, Saints head coach Dennis Allen has given birth to a quarterback controversy by refusing to reveal his hand.

What should Allen do? The Saints should start a healthy Winston.

The Saints are 1-2 with Dalton at the helm. Through those three contests, Dalton completed 53-of-84 passing attempts (63.1% completion percentage) for 585 yards, three touchdowns, and one interception. Dalton has also lost a fumble. Dalton has performed like a high-upside backup, but he hasn’t been effective enough for the Saints to consider making a permanent change at quarterback. What could the Saints possibly be thinking?

Winston disappointed throughout the course of his three starts before suffering a back injury that momentarily sidelined him. There’s no denying that. Through New Orleans’ first three showings, Winston completed 73-of-115 passing attempts (63.5% completion percentage) for 858 yards, four touchdowns, and five interceptions. Winston fumbled on three occasions, but the Saints luckily recovered all of them.

Winston appeared poised to take the next step in his development with the Saints last season before unfortunately suffering a season-ending torn ACL injury midway through the campaign. When extrapolating Winston’s numbers through seven games throughout the course of a 17-game season, Winston was on pace for 34 touchdowns to just seven interceptions and the Saints were on pace for 12 wins. Saints general manager Mickey Loomis re-signed Winston to a two-year extension worth $28 million this past offseason. All signs pointed to Winston serving as their starting signal-caller again in 2022.

The early returns on Winston’s 2022 outputs haven’t met the Saints’ standards, but Allen and offensive coordinator Pete Carmichael would be making a mistake by giving up on Winston. Winston was on track to capture something truly special in 2021 and it appropriately earned him a contract extension from the Saints’ top decision-maker. Winston deserves another opportunity to seize New Orleans’ starting gig.

Dalton’s Saints are averaging 30 points per contest whereas Winston’s Saints scored nearly two touchdowns less per game (17). Allen is likely taking New Orleans’ new-found offensive success into account if he anoints Dalton as the starter going forward. The sample size remains small, however, and Winston shouldn’t lose his grip on the starting job so quickly—especially to a 34-year-old quarterback whose prime years are behind him.

Winston must showcase growth if afforded the start on Thursday. Winston’s five interceptions in three games have provided unwanted flashbacks to the turnover machine that once threw 33 interceptions in 16 games. Winston appeared to have put his turnover issues behind him under the tutelage of Sean Payton last season. Cutting down on turnovers will be critical to Winston’s chances of re-earning the trust of his coaching staff.

If Allen opts to start Dalton against the Cardinals, it’s possible his decision was impacted by the nature of a short week and Winston’s lack of practice reps. That line of thinking can be quantified assuming Winston is back under center for New Orleans’ Week 8 game against the Las Vegas Raiders. Practice reps may ultimately factor into Allen’s decision.

Winston is on a short leash regardless of Thursday’s outcome. His future as the Saints’ starting quarterback solely rests on his performances. Dalton may be under center against the Cardinals, but he should return to his backup role the moment Winston is prepared to reclaim the starting role.