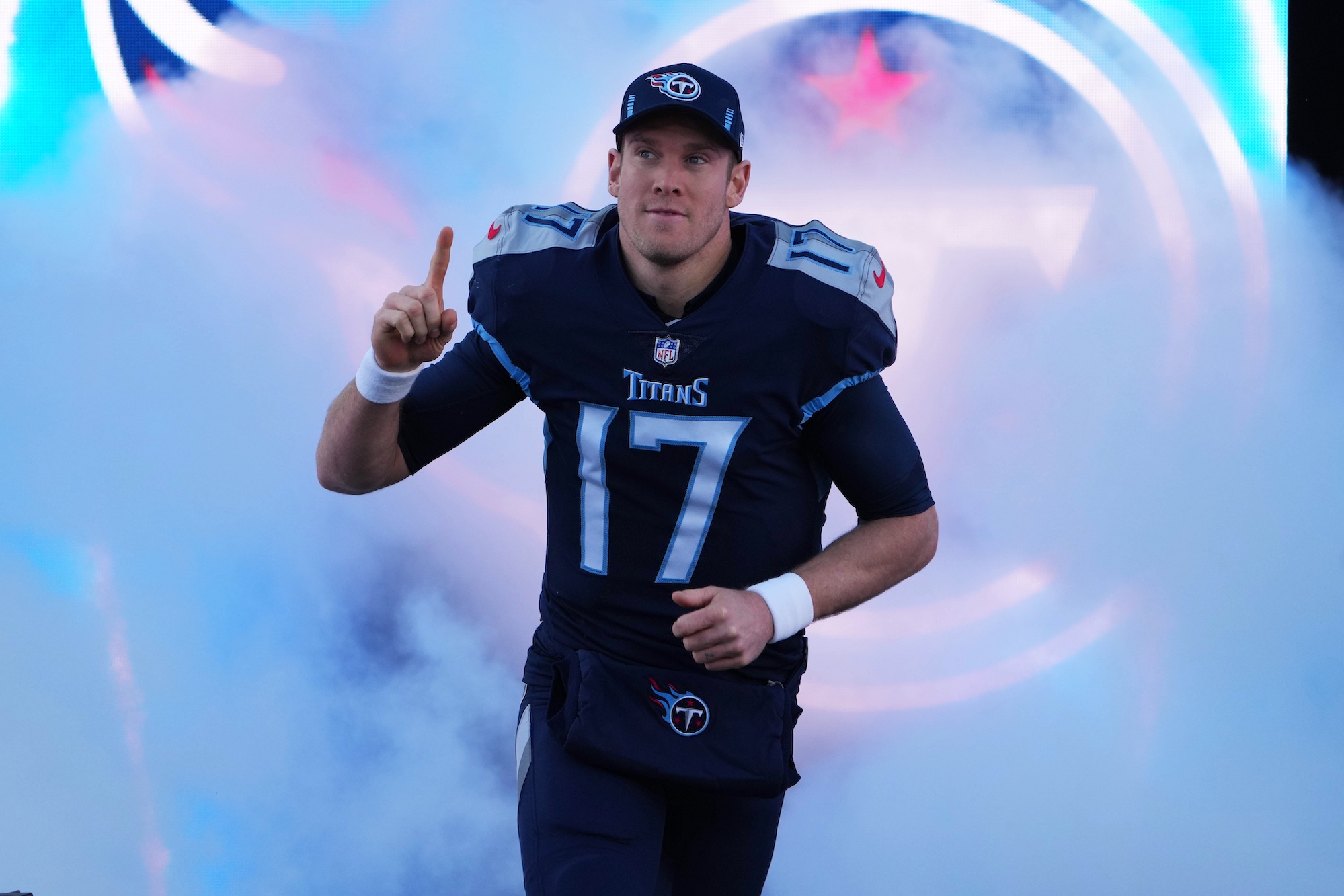 Tennessee Titans starting quarterback Ryan Tannehill spoke with the media on Tuesday afternoon for the first time in several months following Tennessee’s ultra-disappointing divisional round postseason loss to the Cincinnati Bengals. The one-seed Titans held home-field advantage throughout the AFC playoffs and were expected to make a deeper run. Tannehill was undeniably poor throughout that contest, completing just 15-of-24 passing attempts for one touchdown and three backbreaking interceptions in a three-point defeat. The close nature of the loss allowed the blame to straightforwardly be placed at the feet of Tannehill’s turnover issues throughout the contest.

Tannehill opened up at the podium regarding that defeat, admitting it placed him in a “dark place” that required professional therapy to address mental health issues and recurring sleepless nights. Tannehill claimed the loss has “scarred him for life“, but the real talking points emerged when reporters asked him about new Titans quarterback Malik Willis, who General Manager Jon Robinson drafted with the 86th overall selection in the 2022 NFL Draft. Tannehill was asked about potentially mentoring Willis, and his willingness to take Willis under his wing. That’s when the internet exploded.

“I don’t think it’s my job to mentor [Malik Willis], but if he learns from me along the way then that’s a great thing,” Tannehill said.

Titans fans, who are admittedly a little oversensitive these days, immediately went into full-blown frenzy mode despite Tannehill, in fact, being correct. It’s not Tannehill’s job to mentor Willis. Tannehill’s job includes winning football contests and helping the Titans capture a third consecutive AFC South title. I’m nearly positive that when Head Coach Mike Vrabel is inevitably asked this same question in the not-so-distant-future, he’ll agree with his starting quarterback and place the responsibility of coaching and developing Willis on his own shoulders, along with his offensive coaching staff members.

What does mentoring even mean, truly? Tannehill’s quote is likely being taken out of context and blown out of proportion. He didn’t say he won’t answer questions, lead by example, or speak with Willis, as Brett Favre once pettily did following Green Bay’s decision to draft Aaron Rodgers.

Tannehill called Willis to congratulate him on being drafted by the Titans, despite a deep-lying understanding that young players are brought in to eventually replace veterans—and in this case specifically, the Titans are certainly hoping Willis develops into a long-term franchise quarterback.

The Tennessean’s Ben Arthur brought up a terrific point following the mentorship-induced controversy. When recently asked about the competitive relationship between aging players and rookies, Robinson made interesting points that now directly correlate to this very topic.

“The veterans that are in our meeting room, their job is to not let the younger players coming in take their job,” Robinson said. “We tell the players that.”

Tannehill now enters an incredibly crucial 2022 campaign following his less-than-desirable play in 2021. The Titans were essentially tied to Tannehill for the upcoming season due to his difficult-to-move contract. Tannehill will earn a hefty base salary of $29 million in 2022, while carrying a sizable cap hit of $38.6 million, via Spotrac. Releasing Tannehill would have left behind an unmanageable and unreasonable dead cap hit of $57.4 million. The Titans can move on from Tannehill’s contract at the conclusion of the 2022 campaign, and Willis has undoubtedly been drafted with an eye pointed toward 2023 and beyond—Tannehill knows it. The best-case scenario for the Titans involves lighting a fire under Tannehill while he manages to return to his 2019-20 form that catapulted the Titans to a well-deserved AFC Championship Game appearance.

So put the pitchforks away, Titans fans. Based on prior history, actual comments and leadership styles, Vrabel and Robinson will almost certainly agree with Tannehill’s comments and sentiments regarding meaningless mentorship, and it’s their opinion that matters most.