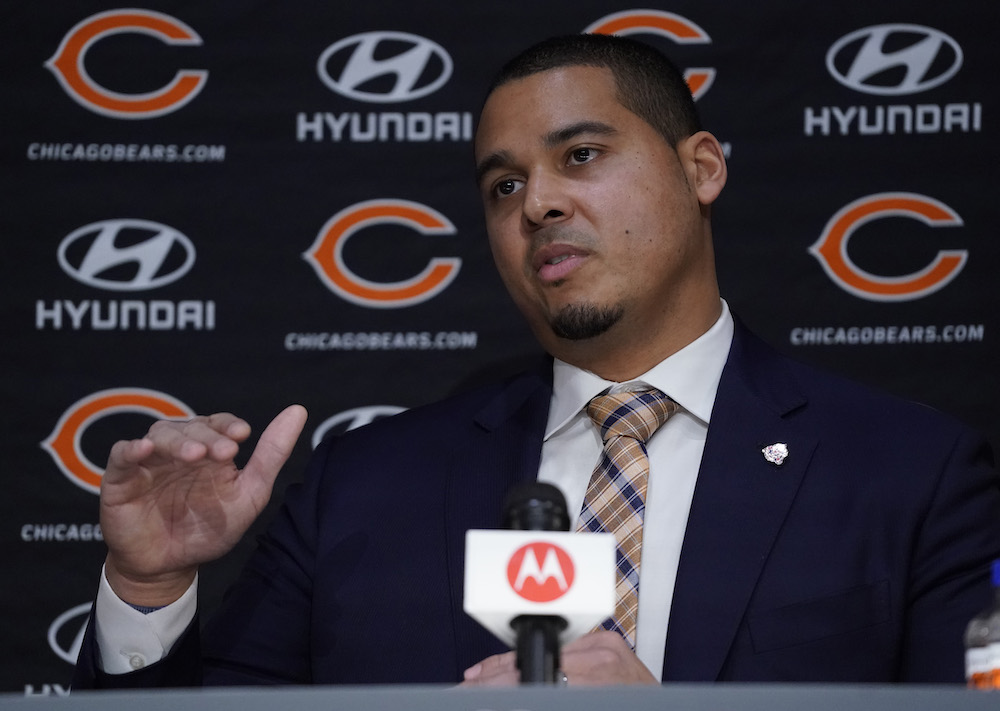 Why Ryan Poles Was A Good Hire To Be Bears GM

The Chicago Bears have hired Kansas City Chiefs executive director of player personnel, Ryan Poles, to become the team’s new general manager, according to reports from several NFL insiders, including ESPN’s Adam Schefter: https://twitter.com/AdamSchefter/status/1486036931939024899?s=20 Poles, who was at Halas Hall Tuesday for his second interview, apparently impressed the Bears’ decision-makers enough to begin working on a contract to keep him in Chicago. Poles has been part of the Chiefs organization for the last 13 years, serving in several roles ranging from player personnel assistant to the director of college scouting. He was in that director of college scouting role for the 2017 NFL Draft when Kansas City selected Patrick Mahomes in the infamous Mitch Trubisky first round. Ryan Pace’s time as the Bears’ general manager was marred by his decision to pass on Mahomes for Trubisky. Now, he’s being replaced by a guy who was a critical voice in the Chiefs’ decision to draft the player most would agree is the best quarterback in the game right now. “In our line of work, it’s really important that we turn over every stone, and Ryan is outstanding when it comes to research and details,” Chiefs general manager Brett Veach said in August. “He loves the game; you can tell by his attitude and the way he grinds. Beyond that, he’s a tremendous talent evaluator and plays a key role in our personnel department.” It’s that personnel department in Kansas City that’s resulted in a Super Bowl victory and four-straight AFC Championship appearances since 2018. Poles’ involvement in that level of success should have all Bears fans excited about what lies ahead. We’ll soon find out what Poles thinks of quarterback Justin Fields, but it’s safe to assume a big part of the Bears’ hiring criteria was to find a general manager who believes in Fields’ talent. The first real decision for Poles, however, is hiring the right coach for this next phase of Chicago’s rebuilding plan. According to ESPN, Jim Caldwell was also in town on Tuesday, and Sports Illustrated’s Albert Breer reported that Poles has reached out to a few coaches who he’d be interested in pairing with, one of whom is Caldwell. Poles hiring Caldwell would feel a lot like when Pace—who like Poles (36) was just 37 years old when he got the Bears’ general manager gig—hired John Fox: A young general manager hiring a retread coach. But, hey, there’s no reason to hold onto the past, right? Indianapolis Colts defensive coordinator Matt Eberflus is scheduled for his second interview on Wednesday and has long been considered a favorite for the job. At least, he was before Poles was hired.  It was just a matter of time before Poles landed a general manager gig. He was a finalist in Carolina for the Panthers job last year and interviewed with the New York Giants not too long ago. He was also considered a finalist in Minnesota for the Vikings’ general manager position. This isn’t Poles’ first stint with the Bears. Way back in 2008, Poles was signed as an undrafted guard from Boston College. He lasted just one training camp in Chicago. Here’s to hoping he’s around a lot longer this time.  His track record of successful talent evaluation suggests he will be, as he’s been part of a Chiefs personnel department that drafted Mahomes, Travis Kelce, Tyreek Hill, Marcus Peters, and Dontari Poe, just to name a few. The Bears have their general manager. It’s a fun and exciting breath of fresh air that should juice up the fan base. Poles is talented at finding talent, and in a business where success is often the result of having more of it than your opponent, Poles is a good bet to lead the Bears back to relevance in the not-too-distant future.