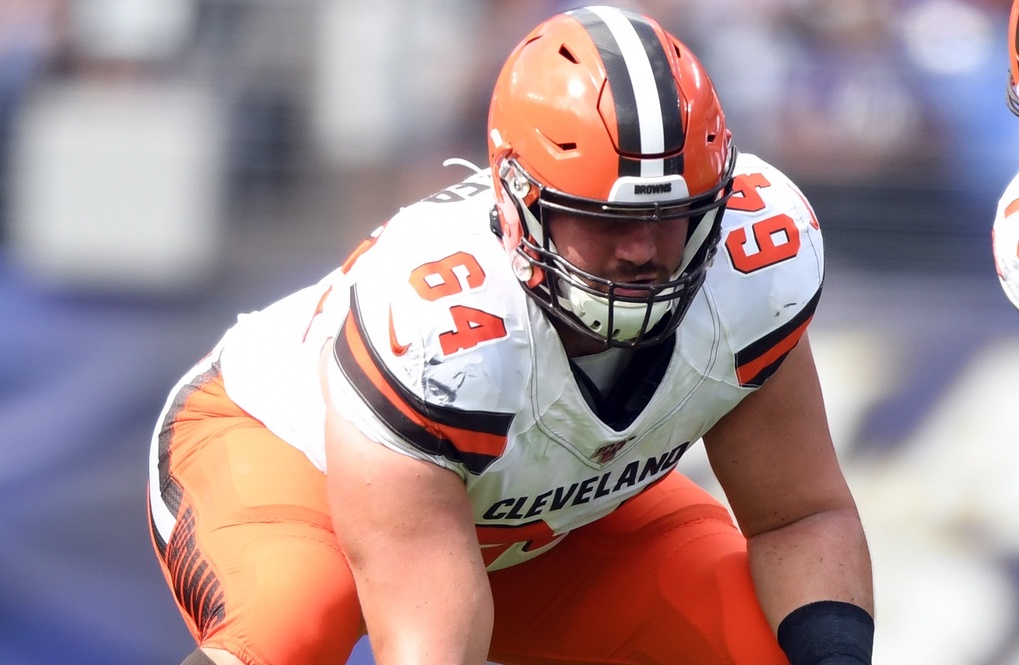 Tampa Bay Buccaneers starting center Ryan Jensen was carted off the field after suffering a knee injury during Thursday’s practice. Teammates huddled around Jensen as he headed for the training room. Buccaneers Head Coach Todd Bowles later claimed Jensen suffered a knee injury. The Buccaneers will now await word on the severity. Should Jensen’s injury be revealed as serious, his absence would deliver a massive blow to the Buccaneers offense.

Second-year pro Robert Hainsey replaced Jensen at practice. A third-round selection in the 2021 NFL Draft, Hainsey played just 31 snaps at center for the Bucs last season, making him somewhat of an unknown commodity. Hainsey handled himself impressively in limited action, but the sample size makes it difficult to get a true read on his potential. Rookie Luke Goedeke, who has mostly been working at guard, is another in-house option to receive a look at center.

Buccaneers General Manager Jason Licht could prefer to shift his attention toward the free-agent market. The Buccaneers are in “win now” mode and could ill-afford to rely on an unproven player at such an important offensive position. We’ve identified three free-agent candidates.

The most notable center still available to replace Jensen, Tretter reached the open market when the Cleveland Browns released him earlier this offseason. Tretter was two years into a three-year, $32.5 million contract extension he signed with the Browns in 2019. A nine-year veteran that originally entered the league with the Green Bay Packers via the 2013 NFL Draft (No. 122 overall selection in the fourth round), Tretter has been patiently waiting for his next opportunity.

The 31-year-old Batavia, New York native remains an effective blocker. Tretter played more than 1,000 snaps for the Browns at center last season while earning a solid overall grade of 78.7 from Pro Football Focus, which ranked sixth among all centers across the league (83.7 pass-blocking grade, 74.8 run-blocking grade). Tretter is still playing the position at an extremely high level. Tretter’s release was financially driven as opposed to performance-based, as the move saved the Browns north of $8 million in salary cap space.
Tretter is the type of plug-and-play center the Buccaneers now require.

Paradis was enjoying another quality season with the Carolina Panthers before suffering a season-ending torn ACL injury in a Week 9 defeat to the New England Patriots. The nature of Paradis’ injury means the Buccaneers would likely require a lengthy medical check before agreeing to terms with the Council, Idaho native.

Paradis is roughly eight months removed from that injury and has shown no interest in retiring this offseason. It indicates he plans to play in 2022 and is waiting for the right offer to reveal itself. The Buccaneers could show interest.

A Super Bowl 50 winner, Paradis reached the end of a three-year, $27 million contract signed with the Panthers in 2019. Suffering a serious knee injury in a contract year initially brought Paradis’ market to a halt. Paradis could be viewed as the ideal bridge option while Ryan Jensen nurses back to health.

A first-round selection of the Cincinnati Bengals in the 2018 NFL Draft, Price enjoyed a bit of a bounce-back season as a member of the New York Giants in 2021. The Bengals traded Price to the Giants in a contract year in exchange for defensive tackle B.J. Hill, and Price responded by playing the best football of his professional career. He currently remains on the open market.

Price posted career highs in snaps played at center (985) last season while finally getting acclimated to one position with consistency. Price earned a career-best overall grade of 62.3 from Pro Football Focus. It was significantly better than the 50.7 grade he earned in 2020 while playing limited snaps at center and right guard for the Bengals. Pass protection has been an area Price has struggled in, but he showcased some growth in 2021, allowing just two sacks.

The market isn’t robust with options to replace Ryan Jensen at center. Price is one of the younger, more intriguing candidates.