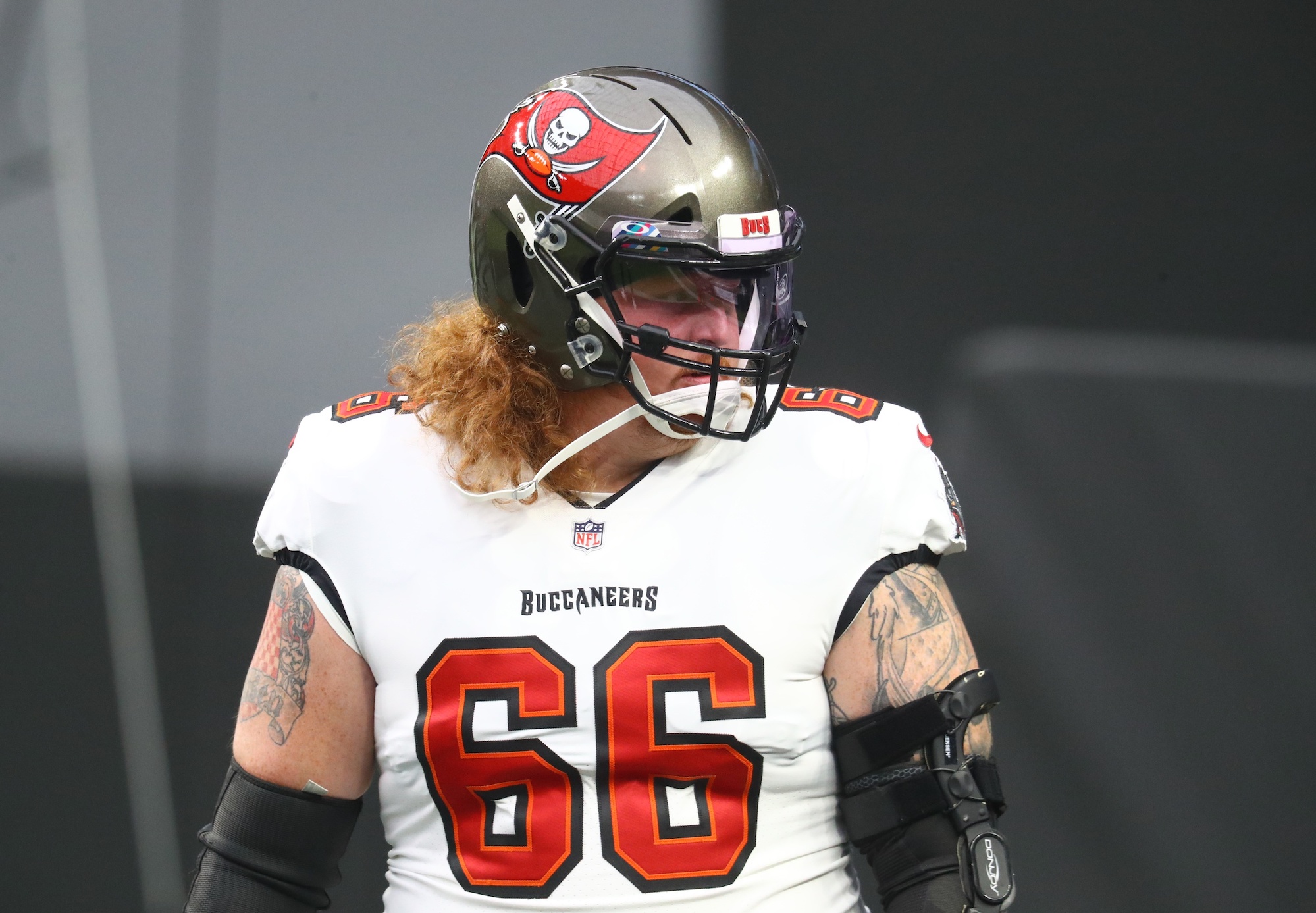 With Buccaneers’ Ryan Jensen Out, Who Steps In?

The unthinkable happened on the second day of Tampa Bay Buccaneers training camp when a freak accident caused rookie defensive tackle Logan Hall to land on the left knee of Pro Bowl center Ryan Jensen. Tests were inconclusive as to the exact severity, and therefore timetable, on Thursday due to the swelling but it’s thought to likely be season-ending. Head Coach Todd Bowles confirmed Friday it would be at least a few months and that he wasn’t expecting Jensen back any time soon.

The left guard at the time, Aaron Stinnie, lost his leverage on the play as Hall came through. Stinnie then tried to compensate but got Hall’s back instead, causing them both to topple. These things happen a lot, especially at the start of camp when everyone is trying to (literally) get their footing. Though it’s very rare they yield this catastrophic of a result.

Jensen is arguably the best center in the NFL on arguably the best offensive line in the NFL. It’s a line tasked with protecting nearly 45-year-old Tom Brady as Tampa Bay goes after its second Lombardi Trophy in three seasons. Known for his nasty streak, Jensen is the tone-setter up front and is the undeniable leader of the unit. There’s simply no replacing what he brings both on and off the field.

Yet, the Buccaneers now have no choice but to try. The rest of the line is solid, even with the left guard spot up for grabs. There are multiple viable options to slot in there in what looked to be one of the only position battles of 2022 training camp. Tampa Bay has well-established bookends in Tristan Wirfs and Donovan Smith, and though he’s new to the team, right guard Shaq Mason is a proven vet. That should provide some comfort to Buccaneers fans and some stability for the line now in flux.

One of the players that was already in the mix for that left guard spot also trained at center all of last season. Robert Hainsey was taken 95th overall in the 2021 NFL Draft after playing primarily tackle at Notre Dame. He then spent last season under the tutelage of then-offensive assistant A.Q. Shipley, who played center in the league for 12 years. Though Shipley left coaching, he was training Hainsey individually this offseason out of his home in Arizona. The pair worked for over two collective months on interior-specific techniques that were going to allow Hainsey to compete at guard.

Now, Hainsey may need to call back upon what he learned at center. He did get some exposure in the preseason with both Brady and backup quarterback Blaine Gabbert. He even got in a few times when the Buccaneers held substantial leads periodically throughout the regular season. It’s a far cry from full-time starter and he’ll have some actual big shoes to fill, but with all the work he put in this offseason and the collegiate pedigree he holds, he’s got the potential to step up right away.

All that being said, the Buccaneers could opt to go on the hunt for a veteran center to bring in – if for no other reason than competition. It elevates the level of play if you have guys trying to bring their best every single play. The only problem is, at this point in the year, the crop of available centers is limited.

You’ve got J.C. Tretter as an active free agent. Tretter spent the last five seasons as the starting center for the Cleveland Browns, starting every game he played in during that span. Tretter is also only 31, which is just a year older than Jensen.

Otherwise, Matt Paradis is also available. The 32-year-old spent four years in Denver as the Broncos’ starting center before heading to Carolina for the past three seasons in the same role. Paradis missed eight games last season due to injury but he is thought to be healthy now.

Buccaneers’ swing guard Nick Leverett will also likely be in the mix. Leverett has spent time on and off the team’s roster/practice squad and appeared in two games last season. Stinnie also has limited experience at center.

Jensen had just inked a new three-year deal with the Buccaneers at the start of free agency this year. The $39 million contract included $23 million guaranteed at signing that Jensen is more than deserving of after the consistency he’s provided Tampa Bay with since arriving in 2018. Jensen has started every single game during that span with a streak that extends to his last year in Baltimore when he became the starter in 2017.

Last season, Jensen didn’t miss a snap after suffering a major tear in his hip flexor during the Buccaneers’ home game against the Miami Dolphins. Not only did he finish the game, but he played one of his best games of the season four days later as the Buccaneers went to visit the Philadelphia Eagles for Thursday Night Football in Week 6.

He took tremendous pride in leading the offensive line and always looked out for his quarterbacks – even at the cost of penalties. Jensen had cut down on said penalties the past two seasons and has been lauded by teammates and peers for the kind of player he is each year. Now, he’ll face a new challenge on his road to recovery and the Buccaneers have their first test of 2022.