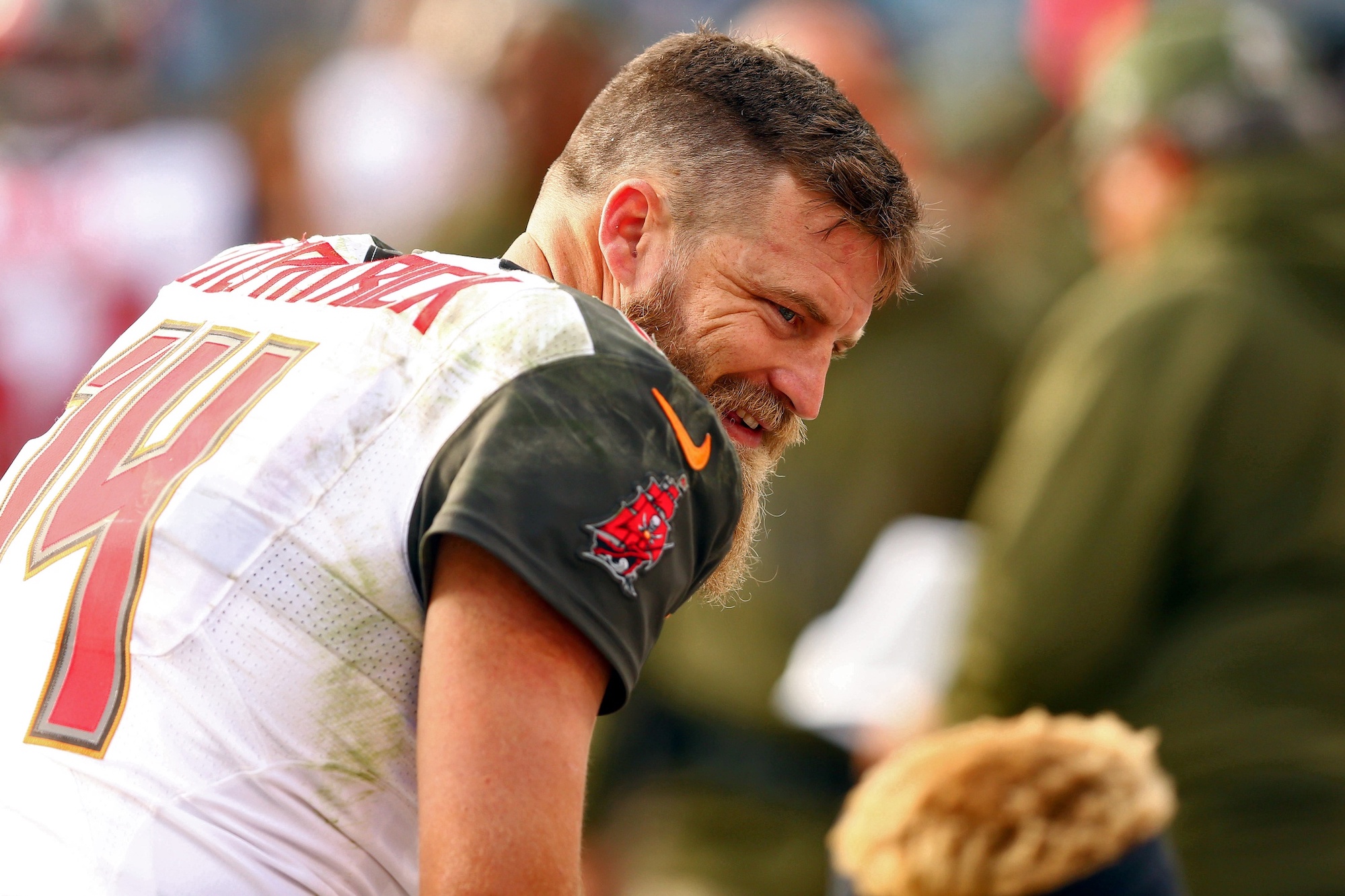 Fitzpatrick’s career was a true whirlwind. He was drafted by the at-the-time St. Louis Rams in the seventh round of the 2005 NFL Draft. In his first training camp, he battled Jeff Smoker (who?) for a roster spot. Fitzpatrick’s debut was a legendary telltale sign of what was yet to come. An injury forced Fitzpatrick into a late-November contest against the Houston Texans. Fitzpatrick led the Rams from a 24–3 halftime deficit to a 33–27 overtime win, throwing for 310 yards and three touchdowns. Fitzmagic was born.

The Gilbert, Arizona native may be best remembered by a faithful Bills fan base for making Buffalo football watchable throughout a tough period for the franchise. He quarterbacked the Bills for the better part of four seasons (2009-12) and enjoyed his breakout season in 2010. Fitzpatrick threw for 23 touchdowns en route to proving himself worthy of being Buffalo’s starting quarterback during a transitional period. Fitzpatrick started all 32 games over the next two campaigns.

Fitzpatrick later provided similar relief for the Tennessee Titans and Houston Texans during their times of need before becoming an unquestioned starter in New York with the Jets. Starting in all 16 games for the Jets in 2015, Fitzpatrick strung together the best statistical season of his career. He totaled 3,905 passing yards, 31 touchdowns, and 15 interceptions, breaking Vinny Testaverde’s 1998 franchise record for most touchdown passes in a season. The Jets finished 10-6 and barely missed the postseason.

The next journeys brought Fitzpatrick to Tampa Bay and Miami. Fitzpatrick made 14 appearances for the Buccaneers across two seasons, including 10 starts. He provided a young Jameis Winston with the guidance necessary to acclimate to the league. A three-game suspension for Winston thrust Fitzpatrick back into the limelight and he made the most of his opportunity. He strung together back-to-back NFC Offensive Player of the Week performances and became the first player in NFL history to throw for 400-plus yards in three consecutive contests. Fitzmagic welcomed a return.

Fitzpatrick is now reportedly holding talks with programming giant Amazon over possibly joining them via a key on-camera role as they prepare to expand their coverage of the NFL. Fitzpatrick has always been bursting with personality and should make a seamless transition to sports commentary. We look especially forward to more classic outfits and moments.

The Harvard graduate unfortunately won’t receive the on-field send-off he deserves. The 39-year-old Fitzpatrick was expected to start for the Washington Commanders in 2021 but suffered a serious season-ending hip injury in a Week 1 contest against the Los Angeles Chargers. His lengthy list of teammates will let him know how appreciated he was off the field, despite injury robbing him of the on-field closing moment his career warranted.

We often romanticize elite starting quarterbacks, and although he never quite reached those heights, today should be about Fitzpatrick—a true underdog of underdogs. Chances are he played for your favorite team and he was the ultimate teammate while doing so. As he closes the chapter on a playing career that routinely overcame the odds stacked against him, it’s worth remembering Ryan Fitzpatrick as the greatest veteran journeyman quarterback to ever grace an NFL field.