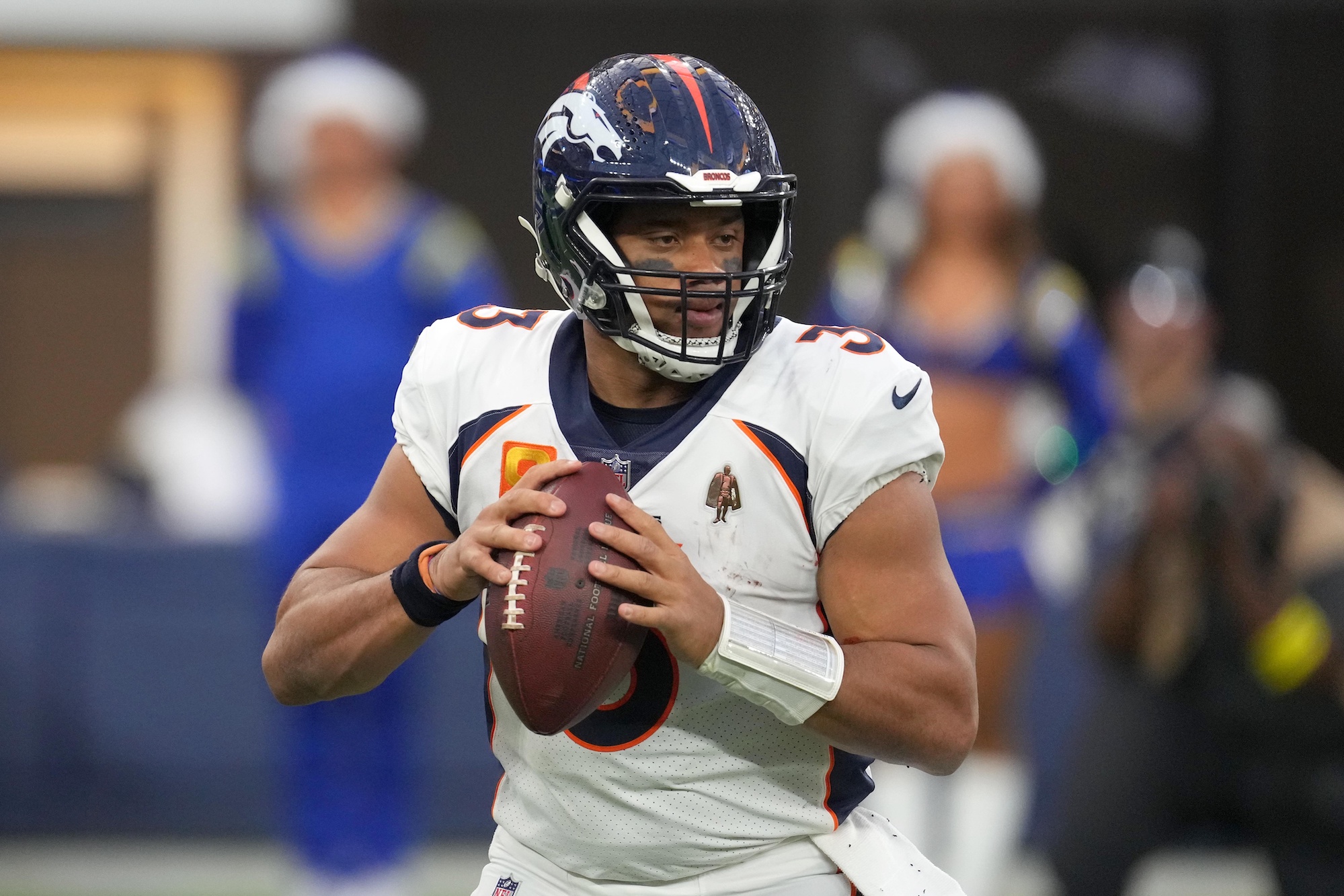 Where Do Broncos Go From Here With Russell Wilson?

Sixteen weeks into what was supposed to be the Denver Broncos’ most promising era since Peyton Manning’s retirement, the team fired their head coach after a 4-11 start. After an offseason that the team supposedly “won” by hiring former Green Bay Packers offensive coordinator Nathaniel Hackett to be their head coach and by trading for quarterback Russell Wilson, 2022 has instead turned into another lost season.

Hackett couldn’t figure out how to put together a successful offense, discipline his players, or manage the clock effectively in his tenure as head coach. Denver had one of the worst offenses while he was calling plays and still had one of the worst offenses even after he gave up those duties. The team is also the most penalized in the NFL. Worst of all, Wilson has looked like a shell of the player he was in Seattle since coming over in the trade and receiving a massive five-year extension. So where do the Broncos go from here?

To start off, a lot of the blame does fall on Hackett for his inability to recreate the offensive systems that worked for Wilson when he was a Seahawk. More specifically, the run game has been largely ineffective this year, especially out of shotgun formations. That problem was two-fold. For one, it led Hackett and the Broncos to call fewer run plays out of shotgun, which didn’t set Wilson up well for play-action from the gun, something he thrived in with Seattle. For two, that meant Denver called more plays with Wilson under center. Given his smaller stature, that gave him a tougher time reading defenses pre-snap and took away much of his ability to adjust the play call based on those reads.

It isn’t just a Hackett problem, though. One of the things Wilson was best at when he was in Seattle was creating something out of nothing. In other words, he was able to find plenty of success in improvisational, off-script plays when he had to scramble out of the pocket. But recently, even in his final years with the Seahawks, that skill has diminished as Wilson has aged. His EPA per dropback and success rate have both diminished significantly, and he’s not able to scramble like he once was on those 34-year-old legs.

Put that all together and you have the worst season of Wilson’s career. He’s thrown just 12 touchdown passes—which are by far a career low—and nine interceptions while completing a career-low 60.1% of his pass attempts. Unsurprisingly, that’s added up to the worst passer rating of his career by a longshot, and on top of that, he leads the league with 49 sacks taken and 319 sack yards lost. For the first time since 2016, Wilson did not earn a Pro Bowl nod.

Now, the Broncos find themselves in quite a predicament. Their big extension with Russell Wilson guaranteed him $214 million, so they can’t exactly cut him in the near future without suffering massive cap hits. So for now, they’re stuck with him.

Okay, fine, but that means figuring out how to build an offense around him like the one that worked in Seattle. The only problem with that is Wilson didn’t like that run-heavy offensive approach and wants to be allowed to “cook.” Oh, and by the way, he’s notoriously hard to work with because of his off-the-field antics like doing high knees on long plane rides.

Essentially, the Broncos are stuck between a rock and a hard place. Financially, they can’t let Wilson go because of all of the guaranteed money. So strategically, they have to “fix” the quarterback by getting back to what worked in Seattle while trying to avoid making him frustrated at running an offense he has been outspoken about not liking. What that means, only Denver and their future head coach know. Unfortunately for all parties involved, that head coach isn’t going to be Pete Carroll.

The Broncos might have a longer road back to contention than they or their fans originally expected after such an exciting offseason. Fixing Russell Wilson and the offense, however they manage to do so, will be the key to any future success.