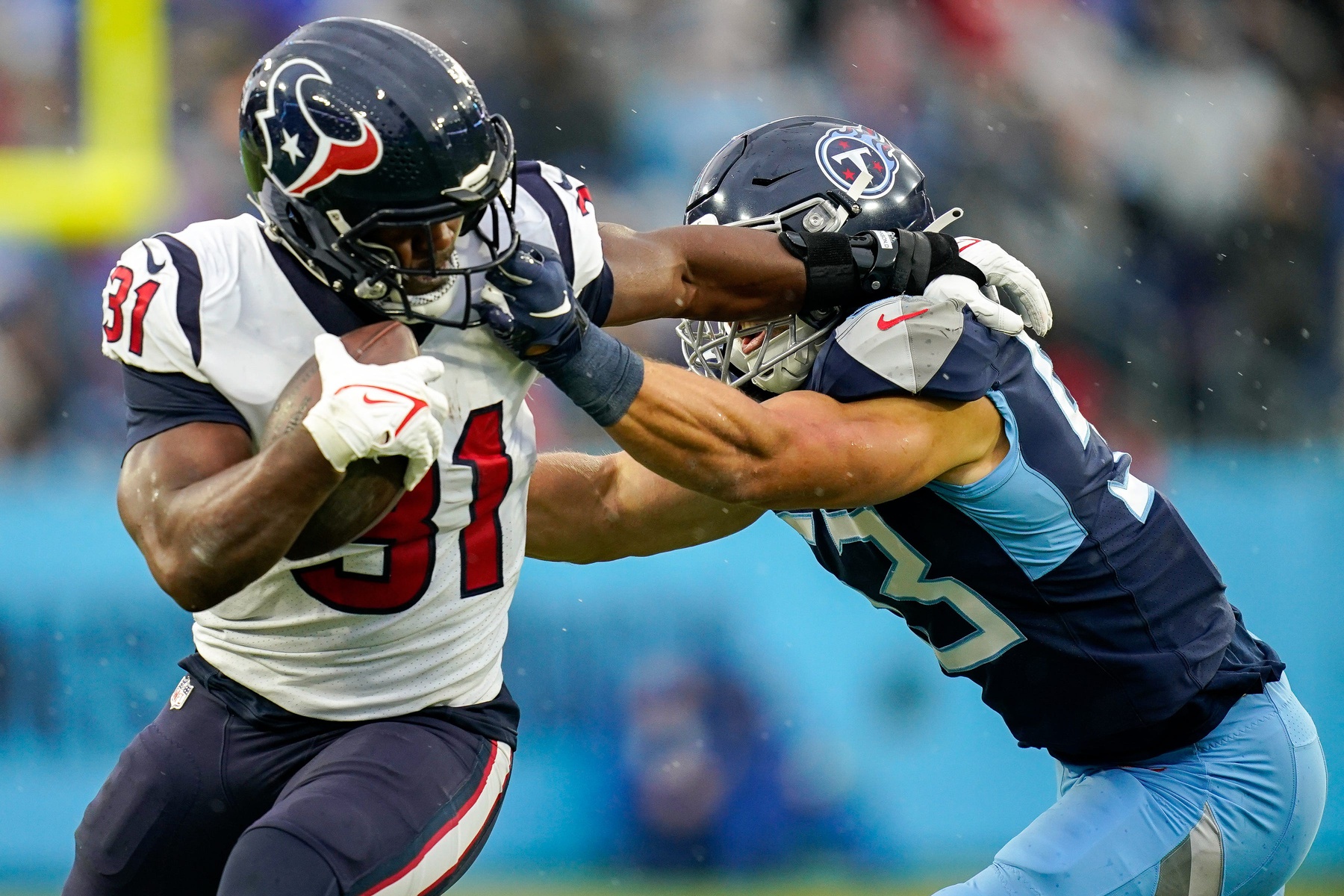 According to multiple reports, the New Orleans Saints are hosting veteran running back David Johnson on a free-agent visit on Monday afternoon. Saints General Manager Mickey Loomis has been attempting to add another running back to his roster throughout the offseason and signing Johnson would fill that need.

Johnson isn’t the first veteran back to attract New Orleans’ interest this summer. Loomis previously showed interest in fellow ball-carrier Sony Michel by hosting the former Georgia standout on a free-agent visit of his own. Michel opted to sign with the Miami Dolphins instead, and New Orleans’ search for another backfield weapon went on, now reportedly arriving at Johnson.

Johnson spent the previous two seasons with the Houston Texans. The 30-year-old Johnson totaled 453 total yards of offense in 2021 (225 as a receiver and 228 as a ball-carrier). Johnson has struggled to stay healthy throughout his career but playing in a limited role in New Orleans could help get the most out of his skillset. Johnson could be a logical backup to Alvin Kamara given his similar abilities to serve as a dual-threat option coming out of the backfield. Johnson’s fit in Offensive Coordinator Pete CarMichael Jr. ‘s offense would be a seamless one.

Loomis and the Saints have several reasons to add a proven veteran back to their room. Firstly, having insurance matters. Kamara is a game-changing talent, but a history of heavy workloads may have finally caught up to Kamara in 2021. Kamara appeared in a career-low 13 regular-season contests after suffering a mid-season knee injury. The Saints were ill-equipped to play without Kamara. Their offense largely struggled while Kamara was sidelined, scoring just 18.25 points per game in four consecutive losses without the focal point of their offense at the helm. Signing Johnson, in addition to some of the other moves made by Loomis this offseason, would suggest they’ve learned from last season’s errors.

Kamara’s ongoing offield situation is an even larger reason why the Saints should sign Johnson. Kamara was arrested and booked for battery resulting in substantial bodily harm after an alleged incident took place at a nightclub on February 6 following the Pro Bowl in Las Vegas, Nev. The NFL continues to conduct their own independent review of the situation and if the league determines that Kamara’s behavior violated their personal conduct policy, a six-game suspension (or longer) could potentially arrive. The Saints should be prepared for literally any and all outcomes, and adding Johnson would minimize the impact felt by Kamara’s possible first-half-of-the-season absence.

The Saints currently possess little in the form of proven talent behind Kamara. Veteran ball-carrier Mark Ingram II remains on the roster, but Ingram will turn 33 years of age in December and was ineffective last season. Ingram averaged just 3.8 yards per carry in seven regular-season appearances with the Saints. It’s worth noting Johnson and Ingram spent a portion of the 2021 season together in Houston and their familiarity with one another could help them form a solid tandem should Kamara miss time via injury or suspension. Tony Jones Jr. is also in the mix, but the former undrafted free agent out of Notre Dame has never looked like more than a third-string running back. Furthermore, the Saints didn’t draft a running back in the 2022 NFL Draft. The Saints did sign an intriguing undrafted free agent at the conclusion of the draft in Baylor’s Abram Smith, and although Smith could make their 53-man roster, it would be a surprise to see Smith earn a ton of meaningful playing time as a rookie.

Loomis isn’t afraid to add a veteran reclamation project to his Saints roster. The recent signings of Tyrann Mathieu and Jarvis Landry prove that and it’s a pattern that should continue. The bottom line is that Johnson would provide some much-needed depth in New Orleans.