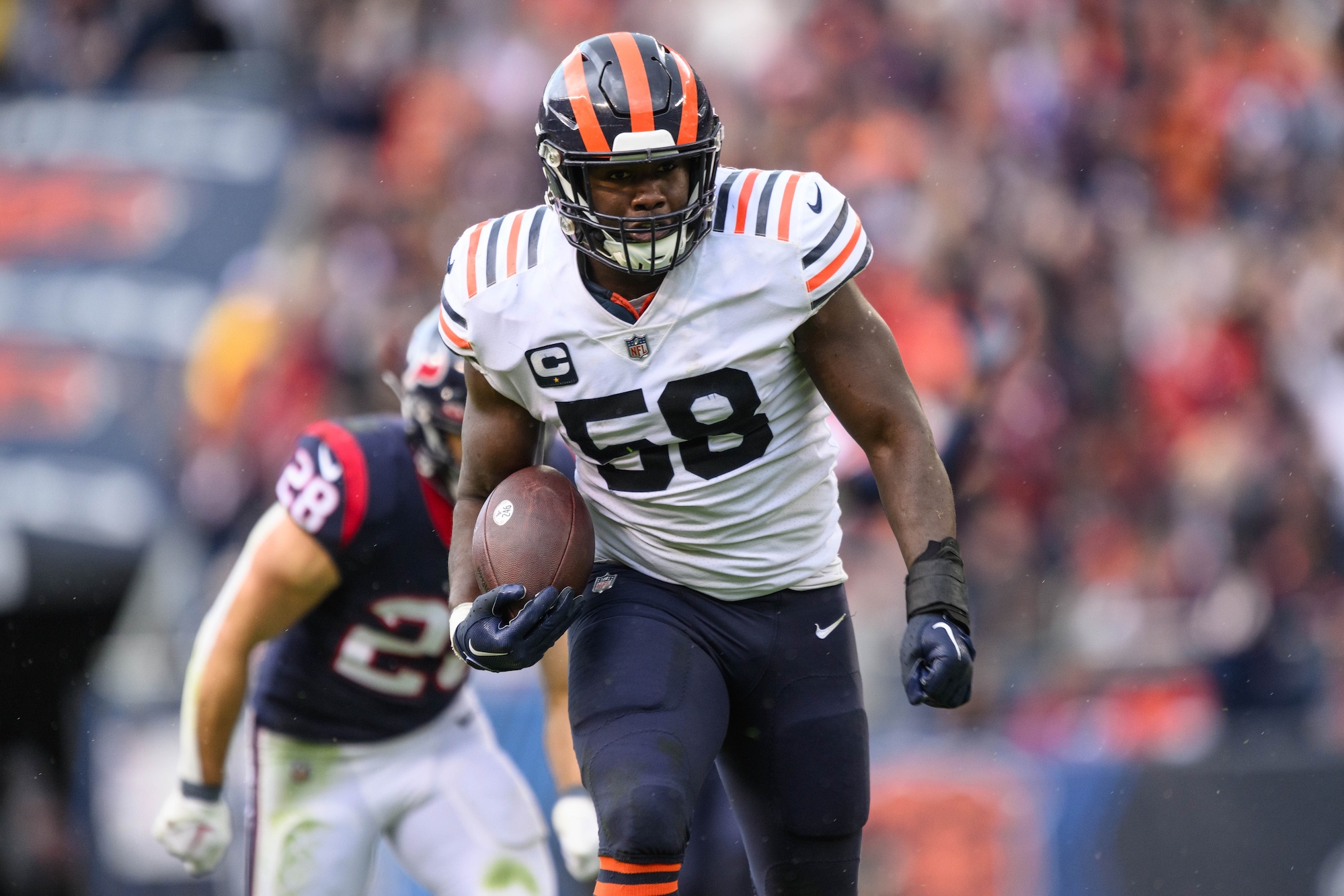 Roquan Smith Trade To Ravens: What You Need To Know

The Chicago Bears have traded All-Pro linebacker Roquan Smith to the Baltimore Ravens in exchange for second and fifth-round draft picks in the 2023 NFL Draft and linebacker A.J. Klein. The Ravens are acquiring a difference-maker at the linebacker position as they prepare to make a serious postseason push. Meanwhile, the rebuilding Bears continue stacking much-needed future draft capital.

Poles is now armed with 10 selections in the 2023 NFL Draft. That haul includes one first-round selection, two second-round picks, one third-round selection, and two fourth-round picks. The Bears are also projected to have more than $110 million in cap space this offseason, via Spotrac. A portion of that won’t be used to re-sign Smith either. Poles possesses the financial flexibility and draft capital necessary to convert his Bears into annual contenders if he utilizes his resources appropriately.

Monday’s blockbuster is the culmination of what felt like a never-ending saga between Smith and the Bears. The No. 8 overall selection in the 2018 NFL Draft, Smith entered the 2022 campaign in a contract season after previous general manager Ryan Pace triggered Smith’s fifth-year option. Smith is being underpaid this season, earning a fully guaranteed base salary of $9.735 million, via Over The Cap.

Smith is owed $5.408 million for the remainder of this campaign, per Adam Schefter. The Bears have agreed to pay Smith $4.833 million of Smith’s remaining salary. It means the Ravens are inheriting just $575,000 down the stretch of 2022. The Bears were willing to add a sweetener in order to acquire draft selections.

Poles had shown an unwillingness to negotiate a long-term contract extension with Smith’s representation. It led to an offseason trade request from Smith, who eventually rescinded his desire to force a move away from Chicago. The situation has finally reached its conclusion with Smith heading to Baltimore.

The Ravens pounced on an opportunity to upgrade their porous defense by acquiring Smith roughly 24 hours before Tuesday’s trade deadline. Smith currently leads the NFL in total tackles with 83 takedowns. Smith has added four tackles for loss, three quarterback hits, 2.5 sacks, and two interceptions to this season’s totals. Over the previous five seasons, Bobby Wagner is the league’s lone defender to produce more tackles than Smith has.

Ravens general manager Eric DeCosta required defensive upgrades. Baltimore’s defense is allowing 364.3 total yards of offense per contest (ranked 24th in the league). Defensive coordinator Mike Macdonald is overseeing the league’s 20th-ranked scoring defense at 22.9 points per contest. The 5-3 Ravens currently sit atop the AFC North, but the surging 4-3 Cincinnati Bengals are nipping at their heels. Defensive improvement is necessary if the Ravens hope to compete alongside offensive juggernauts such as the Buffalo Bills and Kansas City Chiefs in the postseason.

Smith will immediately step into their starting lineup. Quality linebacker play has eluded the Ravens for several seasons now. Former first-round selection Patrick Queen has failed to live up to his pre-draft billing. Queen has struggled both as a run defender and in coverage this season. He’s missed nine tackles and owns a run defense grade of 48.3 from Pro Football Focus. Opposing quarterbacks are enjoying a passer rating of 92.7 when targeting Queen in coverage. Both areas of Baltimore’s defense will improve with Smith now commanding a leadership role in their front seven.

Poles and DeCosta agreed to a trade that represents a win-win for all parties involved. The Bears received additional draft ammunition in exchange for Smith’s services before he ultimately departed as an unrestricted free agent. The Ravens gained a bonafide stud that moves the needle forward for them defensively.