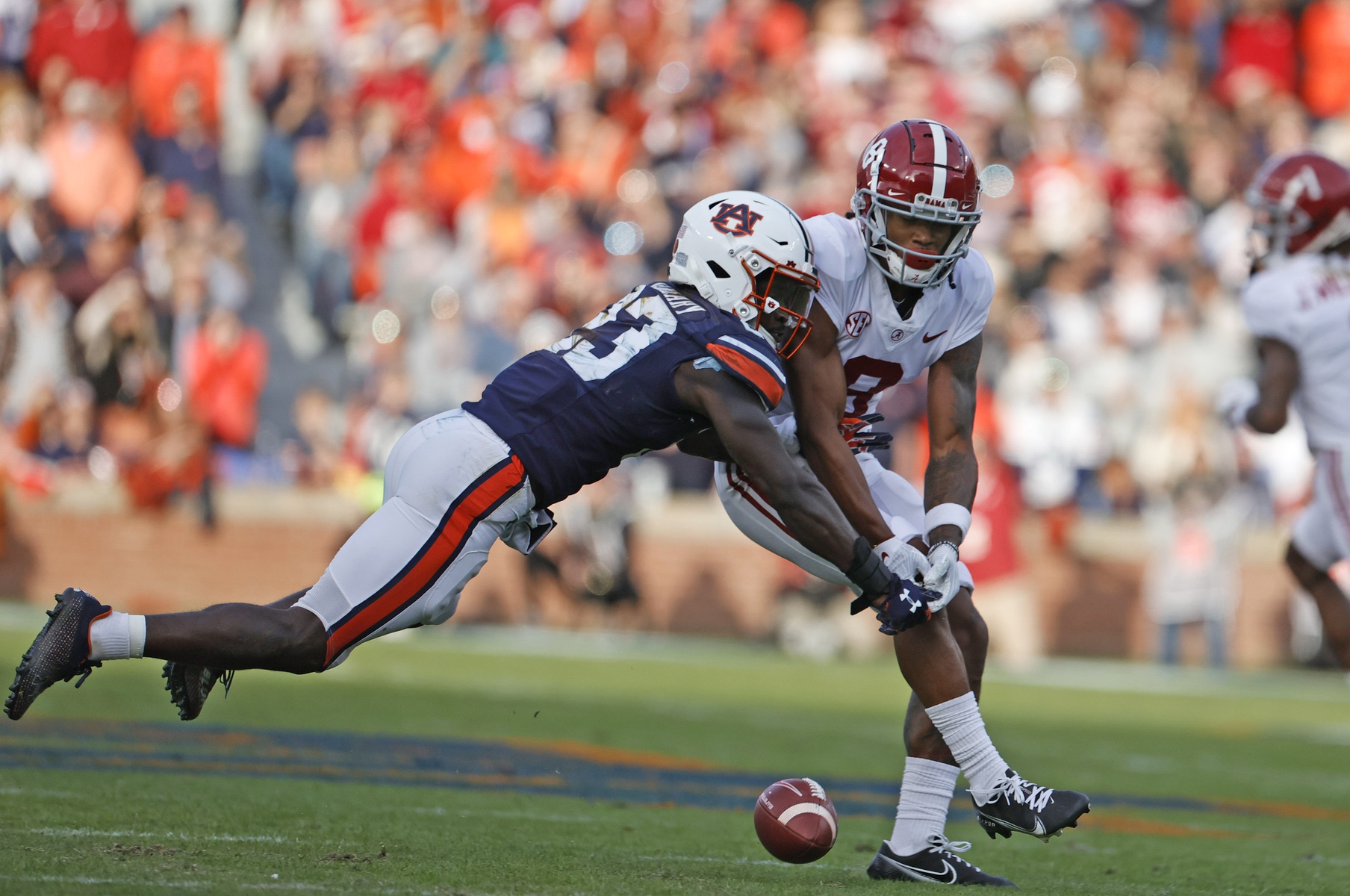 The Senior Bowl represents an excellent opportunity for college football playmakers from all walks of life to solidify and improve their draft stock ahead of April's life-changing event. Auburn's star cornerback Roger McCreary realizes the magnitude of the opportunity that competing in Mobile represents for his momentum as a high-end prospect that has his sights set on confirming his first-round status. Mobile's competitive atmosphere places McCreary well within his comfort zone, and he plans to showcase his exciting skill set throughout the crucial week. "I didn't come here with one goal in particular," McCreary told The Draft Network. "I'm here to show the scouts that what they saw from me on tape, that's the type of player I truly am. The things that I did and accomplished throughout my career at Auburn, that's the player I plan to be at the next level.” All 32 NFL teams are well-staffed in Mobile, with general managers, coaching staffs, and scouts arriving in bunches. McCreary has been placed on the American team, which means he is being coached by Detroit Lions head coach Dan Campbell and his impressive staff throughout the week—that includes defensive coordinator and former NFL cornerback Aaron Glenn and long-time senior defensive assistant Dom Capers. Throughout what promises to be an eyebrow-raising week of practice, McCreary will be awarded the opportunity to practice his talents against the American team's group of receivers that includes South Alabama's Jalen Tolbert and Memphis' Calvin Austin III. In the game itself, McCreary could square off with the National team's Jahan Dotson (Penn State), Alec Pierce (Cincinnati), and Christian Watson (North Dakota State) just to name a few. Iron sharpens iron in Mobile, and McCreary is primed to take advantage. "I'm going to practice against some excellent receivers throughout the week," McCreary continued. "I was used to practicing and playing against the talented receivers in the SEC, so I'll get somewhat of a different look against the receivers at the Senior Bowl. Every receiver here brings a different skill set to the table. It's great to be competing against the guys out here. It's going to help prepare me for the next level." McCreary experienced an excellent season in 2021 while being tasked with covering some of the most explosive receivers college football had to offer. McCreary totaled 49 tackles, 14 passes deflected, two interceptions, one sack, two tackles for loss, and one fumble recovery in 12 appearances. He consistently showcased the exceptional athleticism necessary to thrive at the next level. McCreary's short-area quickness and effortless change-of-direction ability allowed him to stay in phase with his assignment in coverage. The Senior Bowl also provides prospects with an opportunity to answer and address questions regarding their measurements and skill sets both via on-field performance and off-field conversations with various front office personnel members. For McCreary, one of those questions will surround his arm length (29 ⅝”). "Concerns about my measurements mean little to me," McCreary concluded. "I played against several big-and-tall receivers throughout my time at Auburn. I played against legitimate receivers that immediately took the NFL by storm, guys that are putting up killer numbers in the league. That's why I don't worry about the measurements or what anyone has to say about that. “I've put it on tape. I'm gonna play the game the way I play the game. I'm a press-man corner at the end of the day. I'm a balanced player that's ready to make an impact at the next level." McCreary has all of the tools to develop into a high-end starter and that process has begun in a rather impressive fashion for him here in Mobile.