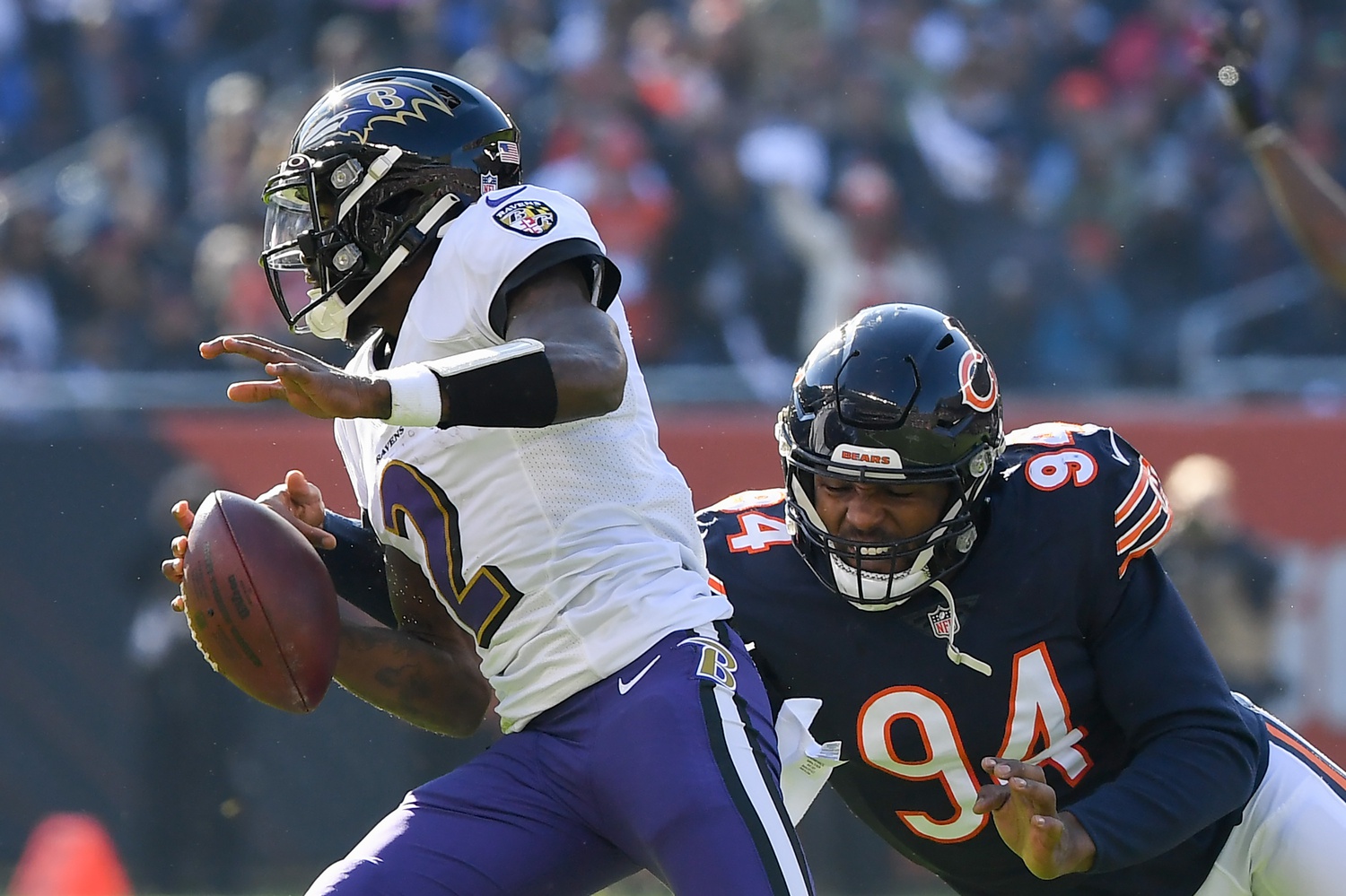 Should The Bears Trade Robert Quinn?

Chicago Bears minicamp got underway on Tuesday and there was one pretty notable absence: defensive end Robert Quinn.

The 32-year-old is coming off a career season in Chicago, starting in 16 games and quietly racking up 18.5 sacks. Yeah, you read that right. He earned a Pro Bowl selection for his efforts, which are second to only his 2013 season where he had 19.0 sacks and was subsequently named both All-Pro and to the Pro Bowl. It was back when he was a St. Louis Ram, for context.

That made last season even more impressive, especially when you couple it with the fact the Bears’ defense seemed in disarray and the team finished with a 6-11 record that lead to Head Coach Matt Nagy being relieved of his duties.

And though Quinn was able to string together 16 out of a possible 17 healthy games, adding 17 tackles for loss and 22 quarterback hits to those aforementioned sacks, time catches up with us all at some point. Quinn’s stock will never be higher than it is right now.

I can’t believe I’m saying this but…

Listen, I’m as encouraged as anyone about the direction in which the Bears are headed. I think General Manager Ryan Poles’ approach to building a roster coupled with Head Coach Matt Eberflus’ system could lay a solid foundation that Chicago could build upon for years to come. But the key word there is build. Or perhaps, rebuild. No team wants to admit to that but it’s what the Bears are doing.

Bears fans can afford some patience if it means setting the franchise up for sustained success, but Quinn can’t. The 12-year veteran is rapidly running out of time if he wants to hoist the Lombardi Trophy before the end of his career. The Bears won’t provide a realistic chance at that this season. Anything is possible, and I’ve been on record saying 2022 could end in a winning season for Chicago given their schedule, but Quinn deserves to get on a no-holds-barred contender.

And the Bears could reap the benefits of that, too. Given Quinn’s production, they can trade for some significant capital that would improve next year’s team even further. That is, of course, placing a lot of trust in Poles’ evaluation and drafting ability, but if his first draft is any indication, I like his approach. He flipped multiple picks to get more and showed that he can hold the ship steady amid the seas of public opinion in favor of taking the best players available (i.e. taking Kyler Gordon and Jaquan Brisker despite more glaring needs at wide receiver and offensive tackle). Chicago still ended up with Velus Jones Jr. and multiple offensive linemen that I trust former trench dweller Poles to evaluate.

If I’m the Bears, I’m taking what I can get for Quinn. Adding to 2023’s stock could help shorten the path to being a contender for Chicago and lets Quinn try to find success before he hangs up the cleats. It’s a win-win for both parties involved.

Quinn’s absence from minicamp seems to signal that this is the direction the situation is headed. Despite comments Quinn has made about wanting to stick around, actions speak louder. According to NFL Network’s Ian Rapoport, there have been other teams that have expressed interest in the veteran pass rusher, too.

Interesting. Robert Quinn was in Chicago today meeting the new staff and spending time with #Bears coach Matt Eberflus. But teams are sniffing around on him for a possible trade. One of several veteran names being discussed. https://t.co/pXvlZlr1oF

There’s no shortage of demand for edge help, either. We saw that in this year’s draft where edge prospects were selected with three of the top five picks, including first overall. There are quite a few teams that could use the help of a proven talent, too.

So… do the right thing for everyone, Bears. Trade Robert Quinn.