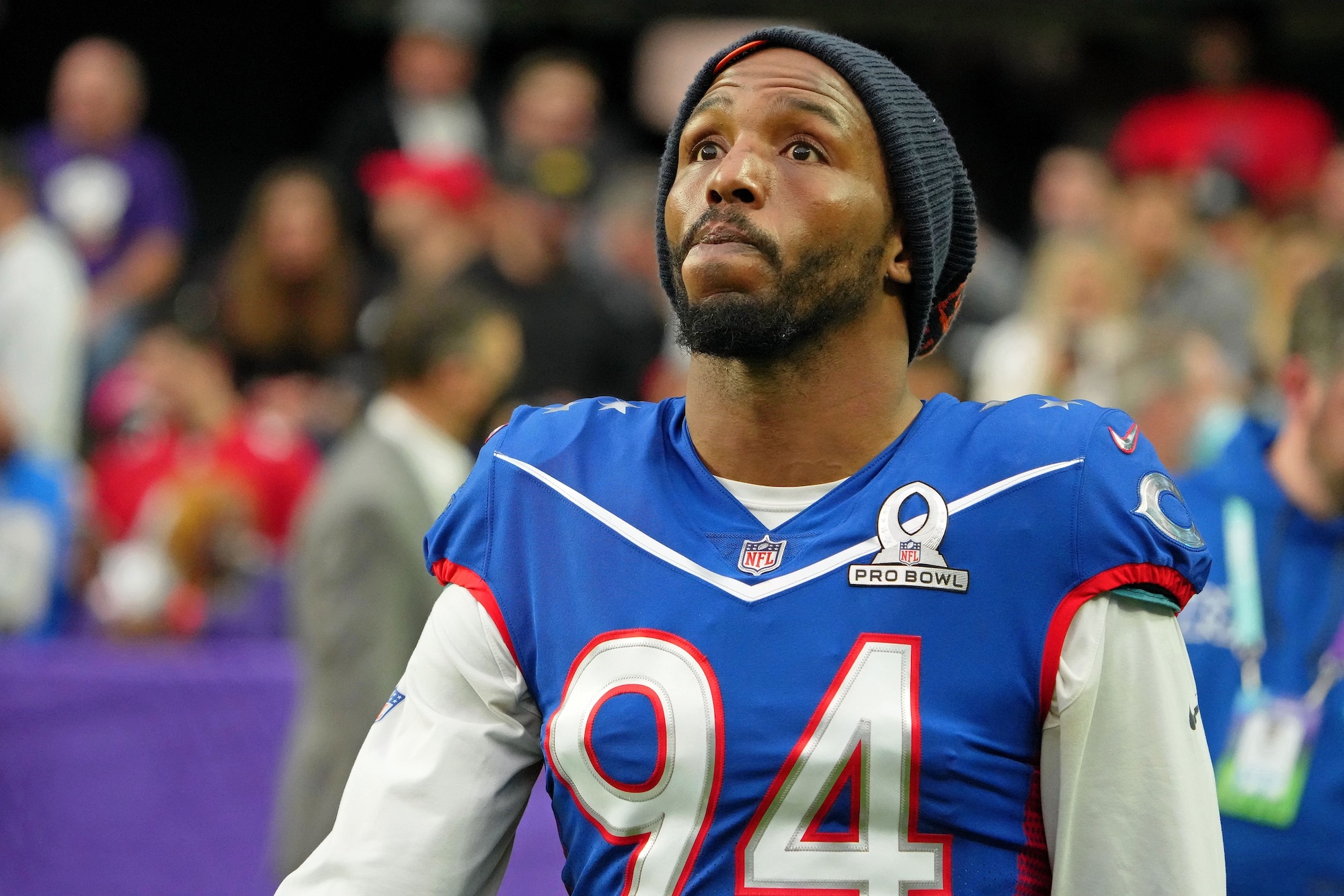 Robert Quinn ‘Back at Home’ in Eberflus’ 4-3 Defense

Though Chicago Bears defensive end Robert Quinn is still in a ramp-up period of training camp where he’s not yet participating in the team portions of practice, he’s been in his playbook and familiarizing himself with Head Coach Matt Eberflus’ base 4-3 defense while participating in individual drills each day. Quinn is coming off an 18.5-sack season for Chicago as part of a base 3-4 where Quinn was designated as an outside linebacker.

Almost every defense in today’s NFL is multiple. Even in 3-4 systems, you’ll often see a lot of four-down fronts as part of a team’s nickel package, which teams are in more and more given the uptick of three and four-receiver sets offensively. There’s simply a premium on back-end defenders. But nuances still exist between the two. For a guy who had so much success as a stand-up rusher last season, switching schemes could bring a player like Quinn pause.

Except this is far from the first time Quinn has been a 4-3 system.

“Most of my career before I came here, I was in a four-three defense,” said Quinn on Tuesday. “I mean, it’s kind of like back at home for me.

“It’s just now I got to put my hand in the dirt, but nothing really changes to play football. This is still kind of all the same.”

Prior to joining the Bears in 2020, Quinn bounced between Miami and Dallas in 2018 and 2019 after being with the Rams for the first seven seasons of his career. Save for one year with the Rams with Wade Phillips as his defensive coordinator, Quinn has been in a 4-3 in all those stops. His lone All-Pro year, where Quinn had 19.0 sacks in 2013, was in a 4-3 system. So while a 3-4 may be a little more creative in how they deploy outside linebackers, rushing off the edge is rushing off the edge—and Quinn will be doing that either way.

“I’m just not trying to do too much and make sure I do my job,” Quinn said. “Just work on the basics of football as a D-lineman: getting off on the ball, turning corners, all that type of stuff. Trying to perfect the little things is important.”

As a guy who’s been in the league for 12 years, this isn’t anything new to Quinn. He’s joined in the pass rushing department by Al-Quadin Muhammad, who while new to the Bears, was with Eberflus in Indianapolis the previous four years. He may be the most familiar with this particular scheme of any player right now.

It should ensure that this Bears’ defense will be set along the defensive front and with the way the defensive backs look in practice, this team could surprise some people on that side of the ball.