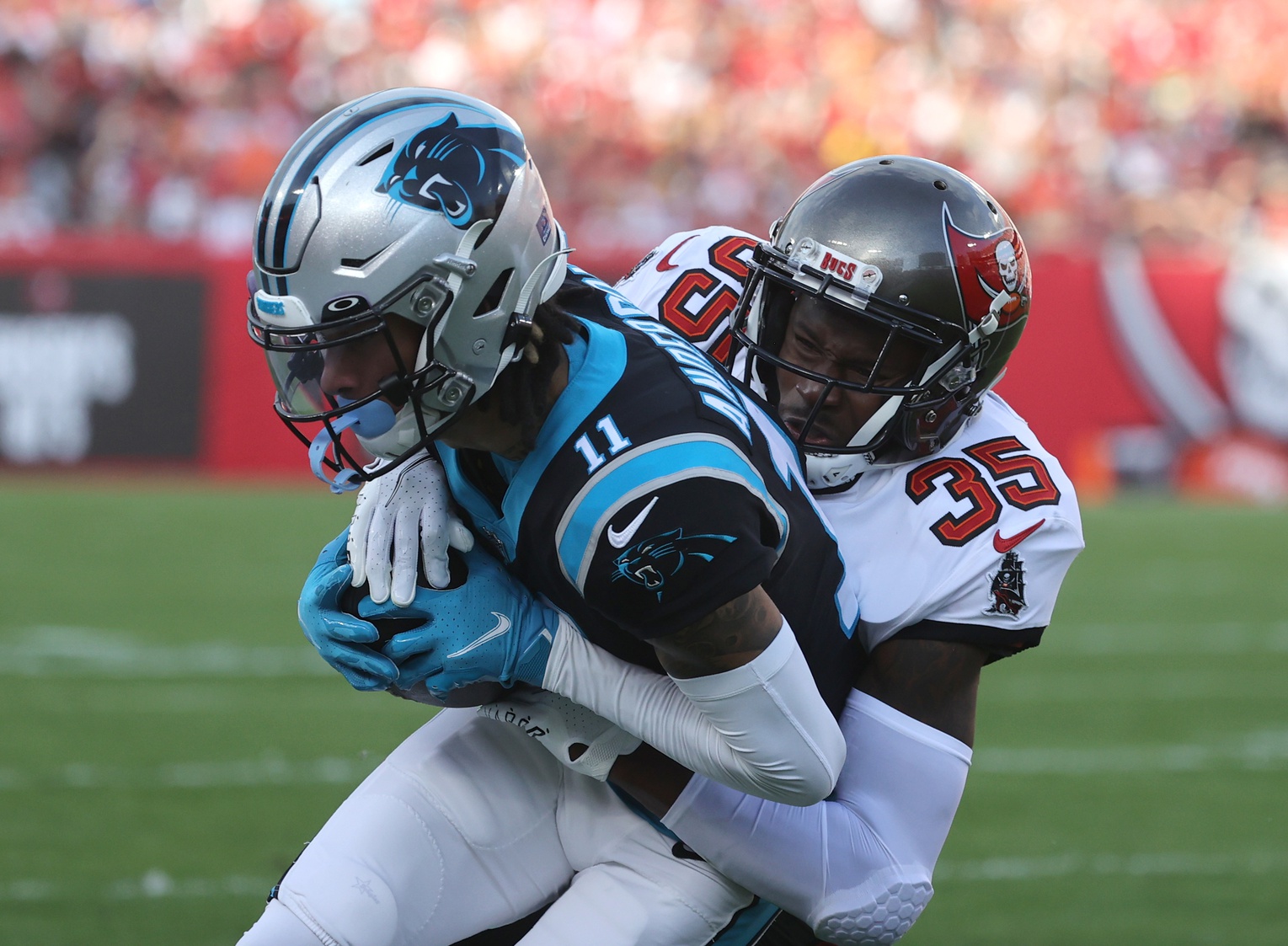 3 Teams That Should Trade For Robby Anderson

According to multiple reports, Carolina Panthers wide receiver Robby Anderson may be traded this offseason. The 28-year-old vertical threat experienced a career-best season as a member of the Panthers in 2020 after recording personal bests in receptions (95) and receiving yards (1,096) while showcasing chemistry with at-the-time quarterback Teddy Bridgewater. An offseason trade for Sam Darnold was supposed to help Anderson take his game to the next level. Reuniting with Darnold, unfortunately, did not produce the desired results, as Anderson took a significant step backward in 2021 by recording just 53 receptions for 519 yards while averaging a career-low 9.8 yards per catch in 17 regular-season appearances.

General manager Scott Fitterer should have an interest in exploring an Anderson trade. The Panthers possess a healthy $26 million in available cap space, via Spotrac, and moving Anderson would create a plethora of additional breathing room. Anderson is currently set to earn a base salary of $10 million in 2022 while carrying a sizable cap hit of $16.8 million. Freeing themselves of this financial burden would allow the Panthers to be especially aggressive in free agency.

Anderson is one of the more dangerous deep-speed receivers in the NFL, and several teams should have interest in acquiring his services. We’ve identified three franchises that should attempt to acquire Anderson via trade.

The New England Patriots are the only team to thus far be publicly linked to exploring a trade for Anderson and it’s easy to understand why on the surface. New England’s offense desperately requires a deep-threat receiver with the ability to keep opposing defenses honest.

Last year’s offseason acquisition of Nelson Agholor was made with that thought process in mind, but Agholor made more of a whimper than an impact on the Patriots’ offense. Agholor recorded just 473 receiving yards and three touchdowns on 37 receptions, and the Patriots could save roughly $4.8 million against the cap by releasing him.

Rookie quarterback Mac Jones experienced an exciting debut campaign, but the former Alabama standout must take a sizable step forward as a sophomore if the Patriots hope to truly compete alongside the perennial Super Bowl contending Buffalo Bills in the AFC East. Jones did the majority of his damage in the passing game underneath, where his high football IQ and efficiency as a thrower allowed him to get the ball out of his hands in a timely manner. Jones and the Patriots must threaten defenses vertically in 2022 more than they did in 2021, and acquiring Anderson would go a long way toward making their passing game more explosive.

Las Vegas’ offense is set up for success in 2022. The hiring of the offensive-minded Josh McDaniels as their new head coach should help the Raiders develop into one of the more exciting offensive attacks across the league going forward. Quarterback Derek Carr has rightfully settled into a comfortable role with the franchise, and he possesses a pair of exciting targets in the passing game in the form of tight end Darren Waller and slot receiver Hunter Renfrow, both of which give opposing cover-men headaches on a snap-by-snap basis.

For as impressive and effective as Waller and Renfrow have been in recent years, neither player is going to do much damage 25-plus yards down the field. Renfrow is almost exclusively an underneath winner that lacks explosive-play ability. Vegas’ offense could benefit from the addition of a burner such as Anderson. The Raiders realized the need for such a player when they acquired DeSean Jackson mid-season. The 35-year-old Jackson is an impending unrestricted free agent and his prime years are undeniably behind him. New general manager Dave Ziegler must surround Carr with more weapons this offseason while also overhauling an underperforming offensive line, and acquiring Anderson via trade would certainly showcase those intentions.

The Browns must acquire several receivers this offseason. Plural. The midseason departure of Odell Beckham Jr. further ravaged what was an underperforming passing offense to begin with. Starting quarterback Baker Mayfield was largely ineffective throughout the 2021 campaign while playing through a painful shoulder injury.

Mayfield now enters the most critical season of his career in 2022. The Browns have yet to commit to Mayfield long-term, and he’s expected to play out the final season of his rookie contract this coming campaign.

The Mayfield debate is neverending, but there’s no denying that the best outcome for the Browns would be to witness their former No. 1 overall selection establish himself as the face of the franchise going forward. General manager Andrew Berry must provide Mayfield with an environment that’s best suited for success.

Retaining game-changing tight end David Njoku appears to be a priority for the Browns this offseason, and Jarvis Landry remains an effective slot receiver. Acquiring Anderson via trade would provide Mayfield with three diverse options in the passing game. The Browns would be wise to draft a receiver in the first round even if they are to acquire Anderson. That’s how grim their pass-catching situation is. 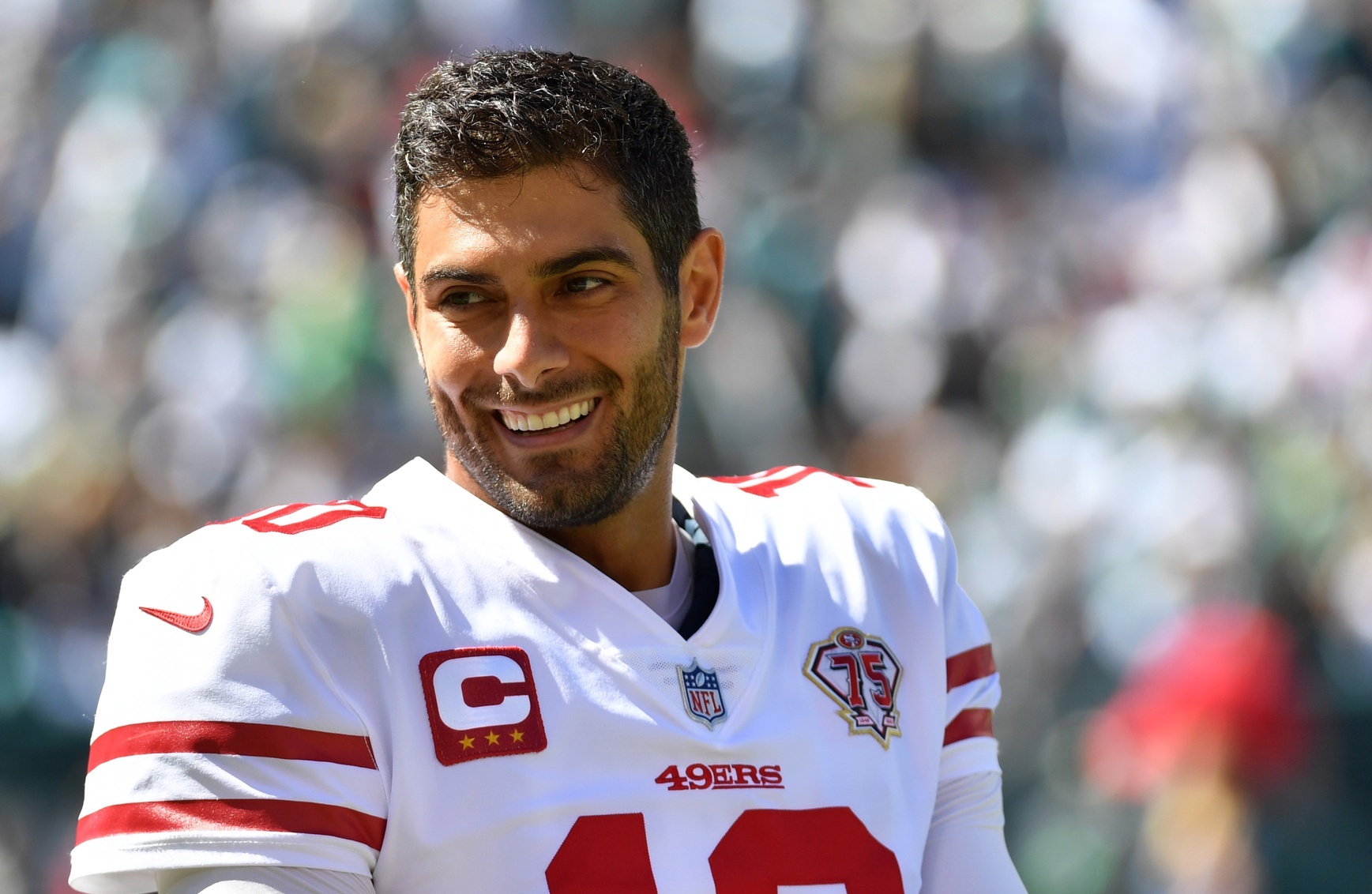