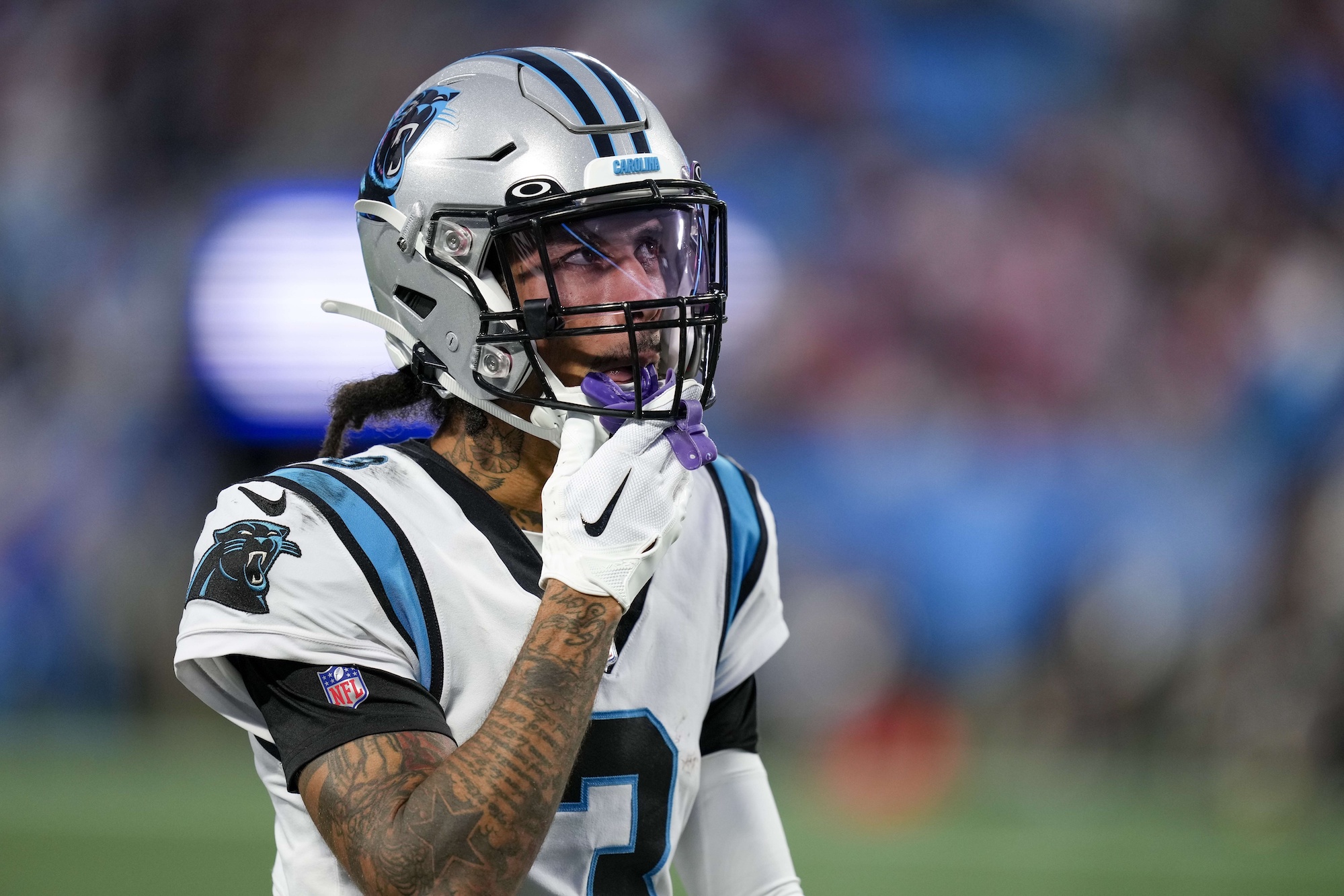 3 Teams That Should Trade For Robbie Anderson

Carolina Panthers wide receiver Robbie Anderson was sent into the locker room early amidst multiple arguments with his coaches on the sideline during Sunday’s 24-10 defeat to the Los Angeles Rams. Panthers interim head coach Steve Wilks kicked Anderson out of the game as punishment for his public outburst. Anderson may have played his final game for Carolina.

The Panthers are shopping Anderson, who would welcome a trade, according to multiple reports. Rumors regarding a potential fire sale ahead of the NFL trade deadline have run rampant since Carolina fired head coach Matt Rhule. Anderson is a logical candidate to be traded.

Could the rich consider getting richer? The Bills are the elite squad in the AFC following Sunday’s 24-20 victory over the Kansas City Chiefs at Arrowhead Stadium. The Bills and Chiefs are on a collision course en route to an inevitable AFC Championship Game showdown. The Bills may consider loading up on high-octane offensive weapons prior to the postseason where the expectation remains Super Bowl or disappointment.

The Bills have been linked to a potential trade for Panthers superstar running back Christian McCaffrey. It’s possible that discussions between the Bills and Panthers remain ongoing, and could eventually include Anderson. The Bills have several former Panthers on staff, including general manager Brandon Beane. The relationship between the two organizations remains strong.

Current Bills quarterbacks coach Joe Brady served as Anderson’s offensive coordinator in Carolina for the better part of two seasons (2020-21). Anderson enjoyed a career-best season under Brady’s tutelage in 2020 by posting the lone 1,000-yard campaign of his career. Brady could urge Beane to acquire Anderson and place yet another deep-speed threat in their No. 1 ranked offense.

The 5-1 Giants are the most heartwarming story around the league. Giants head coach Brian Daboll has his underrated squad playing a winning brand of football. Daboll and Giants general manager Joe Schoen may even consider buying ahead of November’s trade deadline.

The Giants could certainly use more weapons at receiver as they prepare to complete their postseason push. Veteran journeymen such as David Sills and Richie James have played considerable snaps due to injuries at the position. Rookie pass-catcher Wan’Dale Robinson returned to the lineup on Sunday, but Kadarius Toney and Kenny Golladay continue to nurse injuries on the sideline. Sterling Shepard was lost for the season.

The Giants remain a rebuilding squad despite their shocking success. Schoen may be hesitant to pay a premium for a rental player, but Anderson may be acquired for a late day-three draft selection given the rift between him and the Panthers organization. Anderson would help Daboll and offensive coordinator Mike Kafka create additional mismatches and spacing issues on offense.

The freefalling Browns require a shakeup. The Browns suffered an embarrassing 38-15 defeat at the hands of the New England Patriots on Sunday. The 2-4 Browns have suffered three consecutive defeats as their passing offense continues to dwindle.

Browns backup quarterback Jacoby Brissett continues to struggle. The Browns are currently fielding the league’s 23rd-ranked passing offense (213.0). Depth beyond No. 1 receiver Amari Cooper has also been an issue.

Browns head coach Kevin Stefanski is preparing for the return of starting quarterback Deshaun Watson in Week 13. Browns general manager Andrew Berry may consider adding a reinforcement like Anderson to welcome Watson back to the lineup. Watson routinely experienced success when targeting a deep threat like Will Fuller in Houston. Anderson possesses a similar skill set to what Fuller once offered.

The Browns are still alive in the disappointing AFC North. The tandem of Watson and Anderson would hit the ground running in Cleveland.