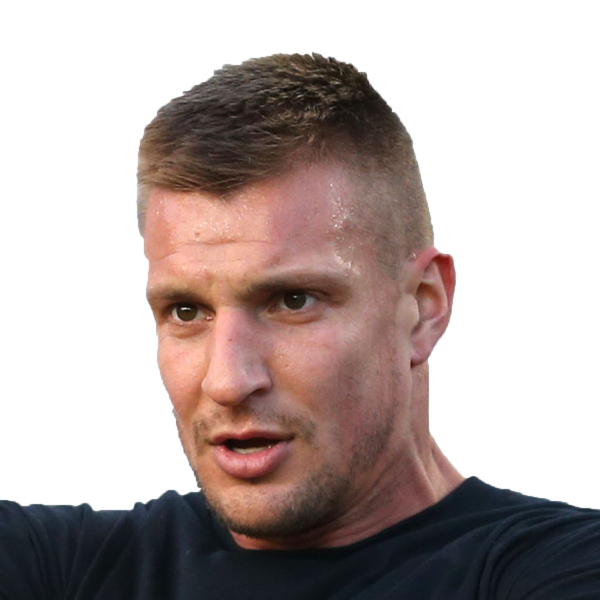 Several impressive and productive tight ends are currently set to reach the free-agent market in mid-March. The group contains an exciting mix of young, ascending talents such as Dalton Schultz, Mike Gesicki, Tyler Conklin, and C.J. Uzomah among others, and proven veterans with plenty still left in the tank including Rob Gronkowski, Zach Ertz, and Jared Cook. On the topic of Gronkowski, many expected the soon-to-be-33-year-old Gronkowski to follow Tom Brady into retirement, but hanging up the cleats doesn't appear to be on the cards for Gronkowski. The four-time Super Bowl champion is already looking ahead to next season and possibly envisions himself catching passes from one of the best young quarterbacks in today's NFL. “I like Joe Burrow,” Gronkowski recently said. “I love the way he presents himself on the football field. He’s so calm in the pocket and he slings that ball around. If I had to pick a quarterback right now, it would be Joe Burrow,” Gronkowski concluded. It qualifies as strong praise from the undeniable GOAT at the tight end position. Gronkowski is unlikely to return to the Tampa Bay Buccaneers in 2022 following Brady's retirement. The Bengals should first focus on retaining the services of their free-agent-tight-end-to-be in Uzomah, who has displayed excellent chemistry with Burrow down the stretch, but Gronkowski represents an excellent fall-back option for a surging Bengals team should Uzomah price himself out of their market. Gronkowski enjoyed a productive 2021 campaign despite missing five games with injury. He recorded 802 receiving yards in 12 appearances, which was 179 yards more than he totaled in 2020 despite appearing in four more contests (16) in his comeback campaign. Gronkowski's 14.6 yards per reception represented his highest average since the 2017 season and his six touchdown receptions in 12 games insinuate he still possesses a strong nose for the end zone. Gronkowski isn't the elite player he was from 2011-17, but he can absolutely still help a football team contend for a championship in 2022, particularly one like the Bengals that already have so many other offensive playmakers around their quarterback. As exciting as it is to picture Gronkowski spiking touchdowns thrown to him by Burrow next season, Uzomah's situation remains the elephant in the room and deserves to take priority. The former fifth-round selection out of Auburn has accumulated career-highs in receptions (49), yards (493), and touchdowns (5) while playing his best brand of football throughout the second half of the season. Should Uzomah overcome his injury in time for Sunday's contest, he possesses the ability to be a difference-maker in Super Bowl LVI. The Bengals are well-positioned against the cap and are currently destined to possess north of $55 million in cap space, via Spotrac. Chief decision-maker Duke Tobin may pursue new deals for pending free agents such as safety Jessie Bates III, defensive tackle Larry Ogunjobi, and cornerback Eli Apple, among others. The Bengals would also be wise to purchase Burrow the best offensive line money can buy considering last season's pass-protection woes have reared their ugly head all throughout 2021 for the second consecutive campaign. The Bengals possess the money necessary to retain Uzomah and/or pursue Gronkowski, but they'll have to be wise about how they spread their money around this offseason.