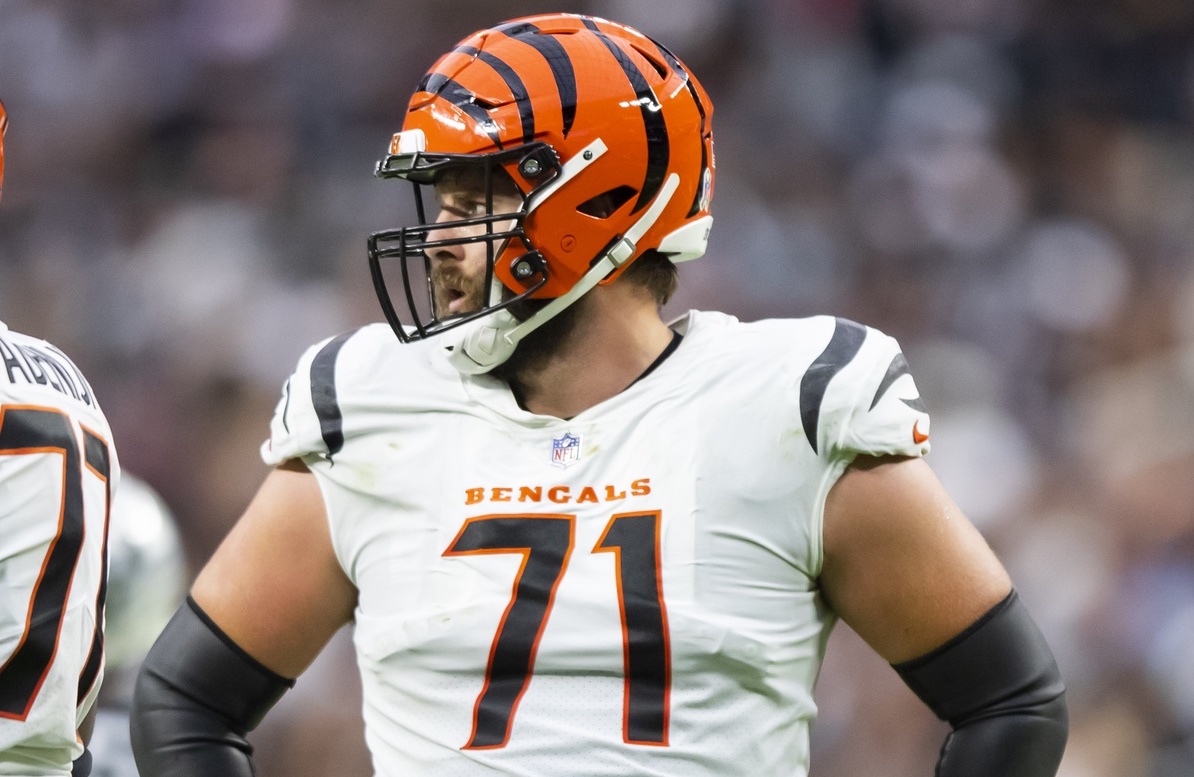 Did Bears Overpay For Riley Reiff?

According to multiple reports, the Chicago Bears have agreed to terms with free-agent offensive tackle Riley Reiff on a one-year contract. The Bears are paying Reiff up to $12.5 million, with $10 million likely to be earned and the remaining amount available via incentives. Reiff, who has played both left and right tackle throughout his career, is expected to start at left tackle in Chicago.

The Bears slightly overpaid for Reiff’s services, but it’s a necessary outcome given the upgrade he should provide up front.

Prior to Reiff’s arrival, fifth-round rookie Braxton Jones (No. 168 overall) out of Southern Utah was receiving first-team reps at left tackle throughout organized team activities (OTAs). Tasking a day-three rookie with protecting the blindside of franchise quarterback Justin Fields represented a less-than-desirable situation. Reiff is better suited to perform admirably in that role. Anything that better protects Fields in 2022 is a win for the Bears franchise.

It’s clear that Bears General Manager Ryan Poles was dissatisfied with the overall state of Chicago’s offensive line. Reiff represents the second offensive line reinforcement in as many days. On Monday, Poles signed veteran guard Michael Schofield to a similar one-year bridge contract. Schofield is expected to immediately slot into the starting right guard position. Chicago just signed 40% of their offensive line starters in the previous two days—usually not a terrific sign.

Reiff’s arrival creates a logjam at right tackle. An open competition opposite Reiff should involve the aforementioned Jones and two sophomores in Larry Borom and Teven Jenkins. Borom is the slight favorite to claim that job after playing more than 500 snaps at right tackle last season. This should be considered a fairly open competition throughout training camp, but Borom surely has a leg up.

This signing also signals a continued lack of faith in Jenkins. Previous Bears General Manager Ryan Pace drafted Jenkins with the No. 39 overall selection in the 2021 NFL Draft. The early returns on Jenkins have been disastrous and Chicago’s new regime, which didn’t draft Jenkins, has shown little faith in him thus far.  The reports out of OTAs on Jenkins were rather troublesome. Jenkins was working as a backup tackle behind Jones. Reiff now pushes Jenkins even further down the depth chart.

If there’s one negative aspect worth acknowledging, it’s that Reiff turns 34 years old in December. The Bears are a rebuilding franchise. Reiff isn’t going to be a part of their nucleus for long. Reiff’s in-game reps will take away precious developmental opportunities from the likes of Jenkins and Jones (or whoever doesn’t start at RT). It can be viewed as a necessary evil given the state of the roster Poles inherited (or his failure to land a more suitable offensive tackle earlier in free agency or via the draft). Fields will almost certainly have another left tackle in 2023. It would be Chicago’s third starting left tackle in Fields’ three professional campaigns.

Reiff started 12 games for the Super-Bowl-bound Cincinnati Bengals last season but didn’t appear in the postseason. Reiff made 12 starts before landing on injured reserve in mid-December after suffering an ankle injury. Reiff earned an acceptable overall grade of 67.3 from Pro Football Focus last season.

The 11th-hour addition of Reiff accurately portrays the poor overall state of Chicago’s offensive line. Reiff is a league-average starter that will provide the Bears with quality reps at left tackle. Ultimately, anything that better protects Fields from taking additional sacks and hits that expose him to injury is a victory for the Bears franchise. Reiff temporarily moves the needle forward.