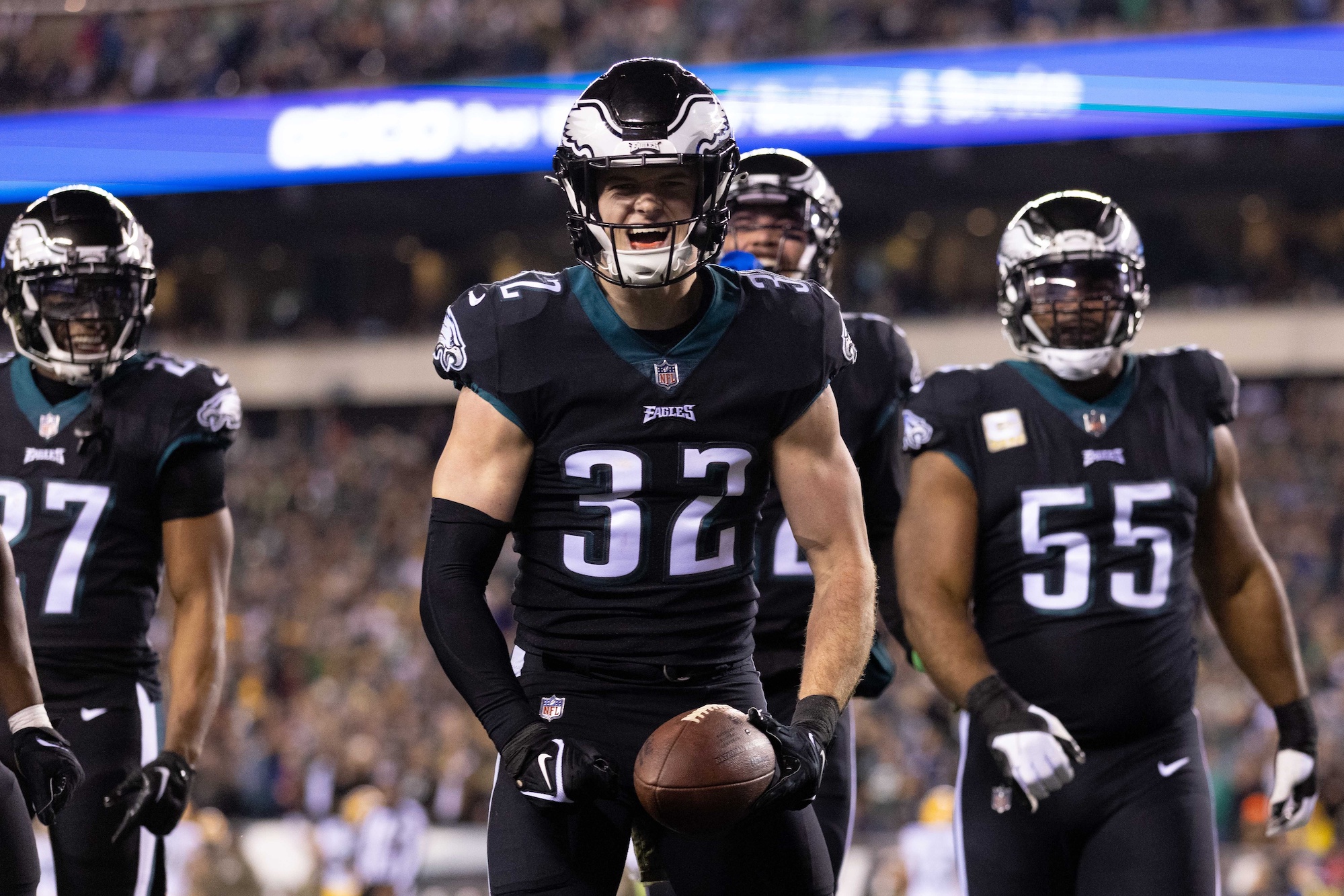 Is Reed Blankenship Ready To Take On Major Role?

Philadelphia Eagles rookie safety Reed Blankenship is about to receive the biggest opportunity of his young career. Blankenship replaced an injured C.J. Gardner-Johnson in Sunday night’s thrilling primetime victory over the Green Bay Packers. It has since been revealed that Gardner-Johnson suffered a lacerated kidney injury and will be sidelined definitely. Blankenship is fully capable of stepping up in his absence.

Blankenship made a sizable impact against the Packers. In the second quarter, Blankenship became the first undrafted free agent in NFL history to intercept quarterback Aaron Rodgers. It’s a memory he’ll never forget. Blankenship made an excellent read and aggressively drove toward the football.

The Packers didn’t target Blankenship in coverage a second time following his takeaway. Blankenship’s performance earned him a coverage grade of 77.8 and an overall defensive grade of 75.7 from Pro Football Focus.

Blankenship led all Eagles defenders with six tackles despite entering the contest cold off the bench. The Athens, Alabama native recorded the aforementioned interception and one pass breakup. Blankenship covered a ton of grass on an excellent open-field tackle against Aaron Jones, meeting Green Bay’s ball-carrier with terrific force and wrap-up form at the line of scrimmage.

Have a night Reed Blankenship pic.twitter.com/knVYHFDI0E

A first-year undrafted free agent out of Middle Tennessee State, Sunday represented quite the turn of events for Blankenship. Blankenship had played two defensive snaps this season prior to Sunday’s breakout showing. Blankenship was elevated to the No. 3 safety job just one week earlier. Blankenship ended up playing 35 of Philadelphia’s 49 defensive snaps. It accounted for 71% of Philadelphia’s total defensive plays. Eagles defensive coordinator Jonathan Gannon showed no hesitation by willingly throwing Blankenship to the wolves against a reigning two-time MVP quarterback. He handled himself admirably while the Eagles improved to a league-best 10-1.

Blankenship has massive shoes to fill. Gardner-Johnson is the NFL’s interceptions leader with six total takeaways. Luckily for the Eagles, Blankenship is no stranger to heavier workloads. Blankenship’s vast experience and football IQ will allow him to smoothly enter Philadelphia’s starting lineup.

A five-year player at Middle Tennessee State, Blankenship was the unquestioned leader of the Blue Raiders. Blankenship made 53 appearances across five campaigns. He recorded an all-time program record 419 total tackles, 26.5 tackles for loss, nine interceptions, 19 passes defended, four fumble recoveries, three fumbles forced, and 3.0 sacks. Blankenship surprisingly went undrafted in April, but quickly became one of three undrafted Eagles to make their 53-man roster. He signed his UDFA deal for just $55,000 guaranteed with an even more modest $5,000 signing bonus.

Blankenship was an NFL-worthy talent coming out of MTSU despite his undrafted status. The Eagles will undeniably miss Gardner-Johnson, who’s been a difference-maker and leader in their secondary. Gardner-Johnson may miss the remainder of the regular season. Blankenship is talented enough to make a seamless transition to his new starring role.