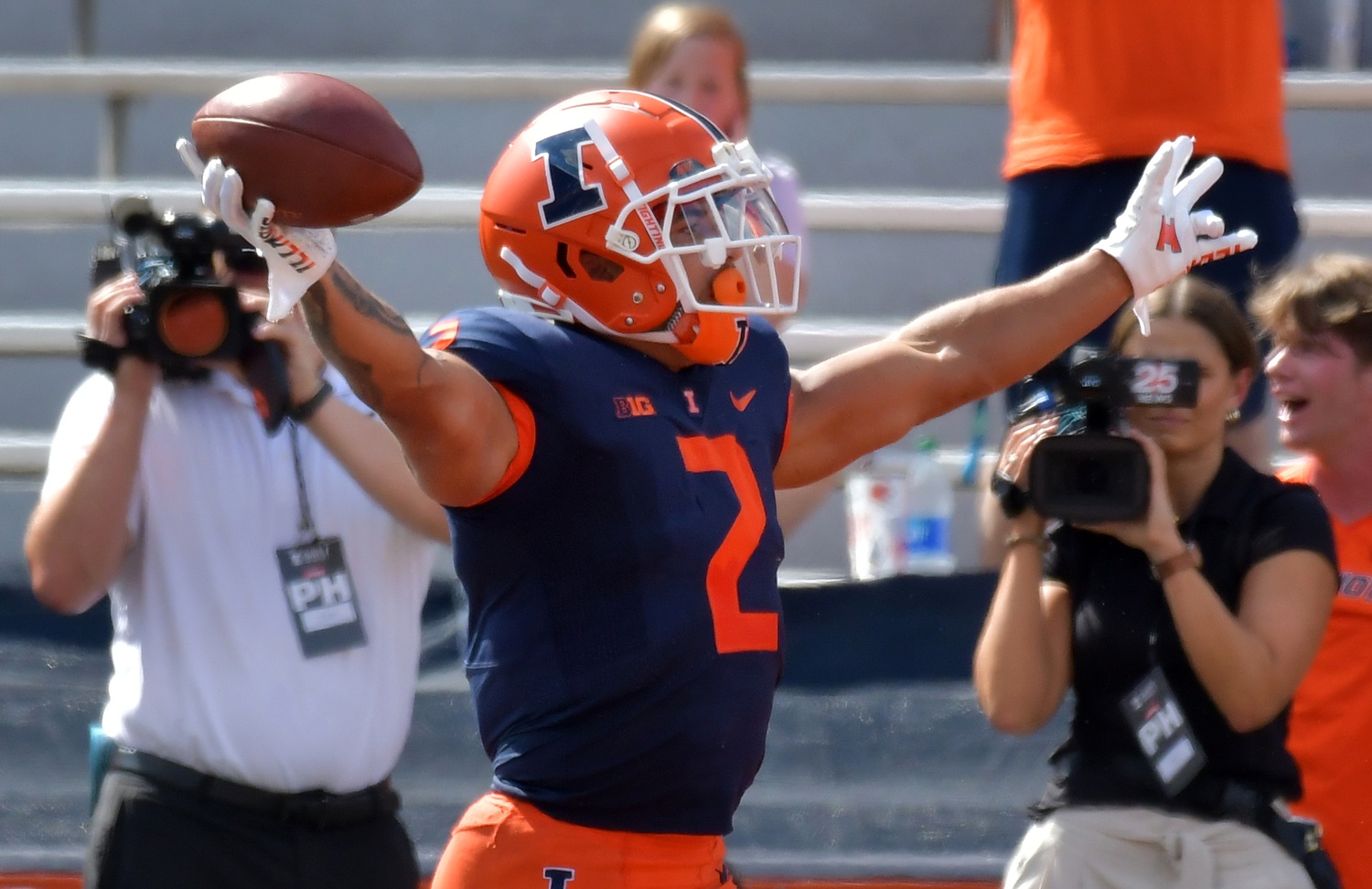 The Los Angeles Rams may draft a running back to pair with Cam Akers in 2023, according to a report from The Athletic’s Jourdan Rodrigue. Akers is actually signed through the conclusion of next season at a manageable cap hit of $1.9 million, per Spotrac. Akers has rejuvenated his value throughout a stellar month of December, and the former FSU standout rushed for 118 yards and three touchdowns in a dominant 51-14 win over the Denver Broncos on Christmas.

The Rams released Darrell Henderson Jr. earlier this season. Henderson once formed a tandem with Akers in the Rams’ backfield, but his departure opened a hole that should be filled in the mid-to-late rounds of April’s draft—rookie ball-carrier Kyren Williams is a developmental piece—rookie ball-carrier Kyren Williams is a developmental piece.

The Rams will likely acquire a running back this offseason. We’ve identified three running back prospects Rams general manager Les Snead could draft in the mid-to-late rounds.

Charbonnet has been a staple in college football for four consecutive seasons. A highly decorated and accomplished ball carrier, Charbonnet enjoyed another terrific campaign in 2022. Charbonnet established himself as a legitimate NFL draft prospect by rushing for career-highs in yards (1,359), touchdowns (14), and yards per carry (7.0).

An older prospect with a lot of carries on his body, Charbonnet could be available in the third or fourth round. The Rams have had a front-row seat to Charbonnet’s greatness at UCLA. The No. 65 overall player in our latest TDN100 update, Charbonnet’s individual traits indicate he’s an excellent fit in Sean McVay’s zone-based offense. Charbonnet experienced success executing zone concepts in Chip Kelly’s offense at UCLA. He could add some much-needed juice and toughness to McVay’s backfield.

Brown is an underrated back in the 2023 NFL Draft. Brown took a sizable step forward in 2022 by proving he’s capable of serving as a high-volume runner. Brown was the focal point of Illinois’ offense, handling a career-high 328 carries. Brown ran for 1,000-plus yards for a second consecutive campaign and maintained a 5.0 yards per carry average despite the increased workload. Brown totaled 1,643 yards and 10 touchdowns.

Brown possesses difference-making track speed. Brown could dominate the perimeter in McVay’s zone-based offense. Brown should be placed in a tandem at the next level despite his latest workhorse showings. Brown and Akers would form an effective one-two punch.

Evans ran for a career-high 936 yards and nine touchdowns in his lone season at Ole Miss after transferring to the program from TCU. Evans took advantage of a fruitful situation in Ole Miss’ high-octane offense and improved his draft stock as a result. Evans is firmly in the third-round conversation.

Evans has showcased a natural feel for zone-based concepts throughout his three-year career. Evans presses the hole and redirects to locate available rushing lanes. McVay will appreciate Evans’ feel for his system. Evans isn’t a big-time pass catcher, but Williams is capable of supplanting the Rams’ preferred backs on third-and-obvious passing situations. Pairing Akers with Evans would give the Rams a low-cost and efficient duo.