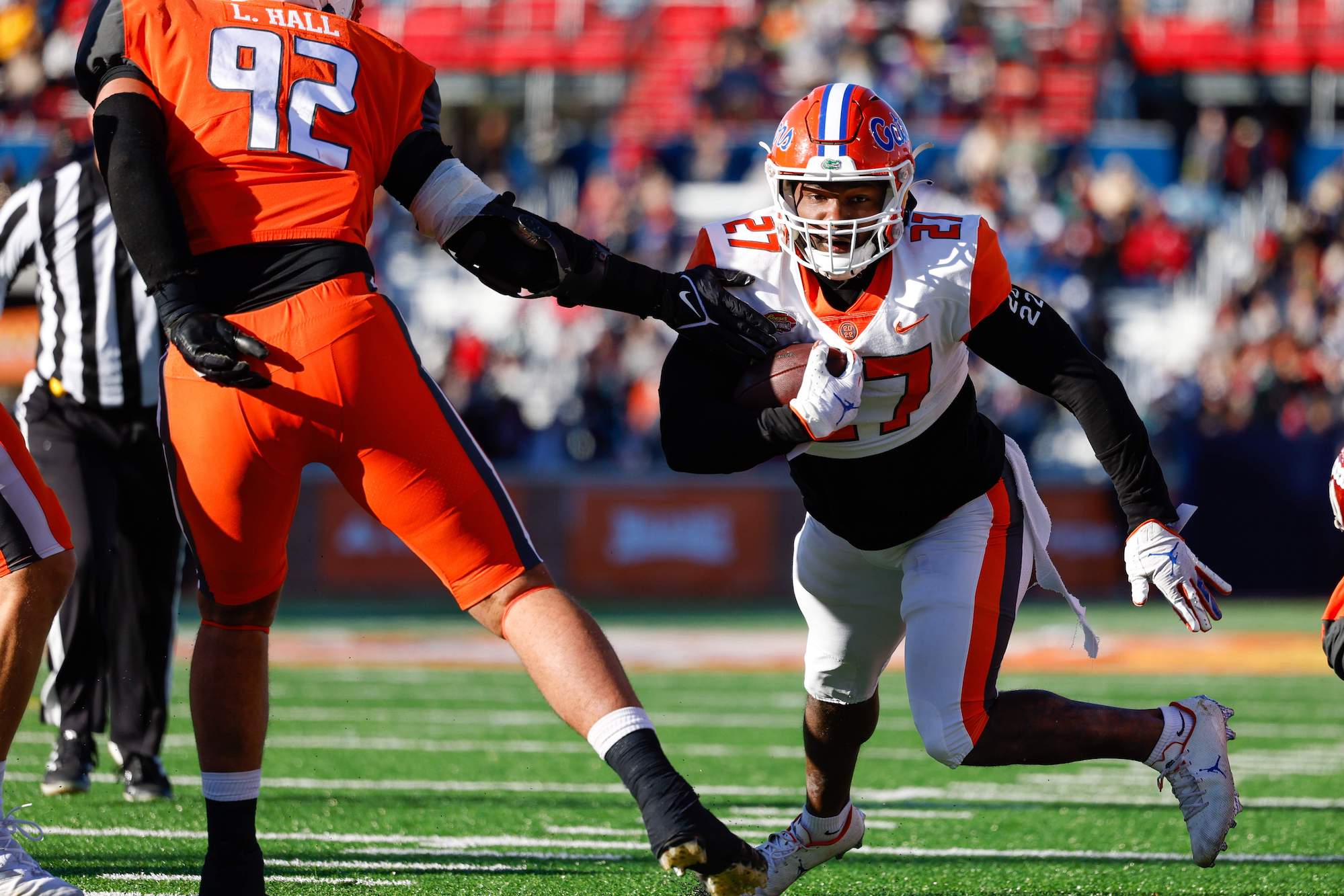 NFL Draft 2022: Race For RB1 As Crowded As Ever After Senior Bowl

A position decreasing in value but ever-important to the success of an NFL offense, as we move forward past the completion of the all-star showcase circuit and toward the NFL Scouting Combine, the jostling for the label of RB1 has entered warp speed. A class looked upon by talent evaluators as a group lacking top-tier punch, a week in Mobile provided a few more backfield talents to keep an eye on as the NFL draft quickly approaches.

An underutilized talent during his days at Florida, Dameon Pierce was the top back at the Senior Bowl, and it wasn’t relatively close. A smooth runner with violent tendencies when met with contact, Pierce was impressive from the opening whistle of practice to the final buzzer in Saturday’s game. The position that annually receives the most run in Mobile due to the lack of rapport and simplified offensive concepts to quickly place everyone on the same page within the structured offensive gameplan, every snap that Pierce received, whether it came in 1-on-1 drills, 7-on-7, or full 11-on-11 action, you could see his stock slowly rise each and every time he was thrown into the fire. A stout back who will be able to holster the reps of a bell-cow ball-carrier if needed at the next level, Pierce was a different beast throughout the week, playing at a different speed than the other 21 athletes on the field.

While he won’t be the first running back off the board, Tyler Badie checked a TON of boxes in Mobile. A versatile talent whose three-down skill set should intrigue teams who are in search of both a player who can shoulder the backfield workload and provide a change of pace chess piece, Badie should draw heavy interest from teams that look to deploy tandem backfields. https://twitter.com/FowlerRyan1/status/1489309405585760262 One of the most fluid pass-catching backs in the class, wrangling down the former Missouri standout in open space was a tall task both during his time as a Tiger and throughout team sessions at the Senior Bowl. With excellent top-end burst, while Badie measured in a tick undersized at 5-foot-7, his rocked-up frame possesses plenty of enough armor to protect against the physical demands of the NFL. The only ball-carrier in the SEC to record four 200-plus-yard outings since Derrick Henry and Leonard Fournette both did so in 2015, Badie plays with his hair on fire and is impossible to stop once he gets in a rhythm. He’s a massive riser heading into Indianapolis.  NFL Draft Overall Outlook A class with depth, while there isn’t a Najee Harris or Travis Etienne this year, and for future’s sake, a Bijan Robinson or Tank Bigsby—both expected to enter the 2023 draft—the position is a group of varying skill sets that, as we’ve seen in the past, could produce multiple players that take over an NFL backfield. From Michigan State’s Kenneth Walker III to Notre Dame’s Kyren Williams and Alabama’s Brian Robinson—a participant in Mobile—while headlining names aren’t hard to come by, who ultimately comes off the board first will become a heavy storyline heading into the spring.  An old tale where years of film could ultimately sway opinions inside draft rooms despite an eye-popping showcase circuit or high-percentile testing numbers at the combine, the jockeying for the top spot on the RB1 totem pole will continue its mock musical chairs act as the weeks churn on. With winds calmed in Mobile and as players begin their prep for Indianapolis, pro days, and individual workouts for teams, while there may not be a bonafide game-changer in the 2022 talent pool, this year’s group of running backs could provide an awfully substantial amount of value for teams in search of fresh legs.