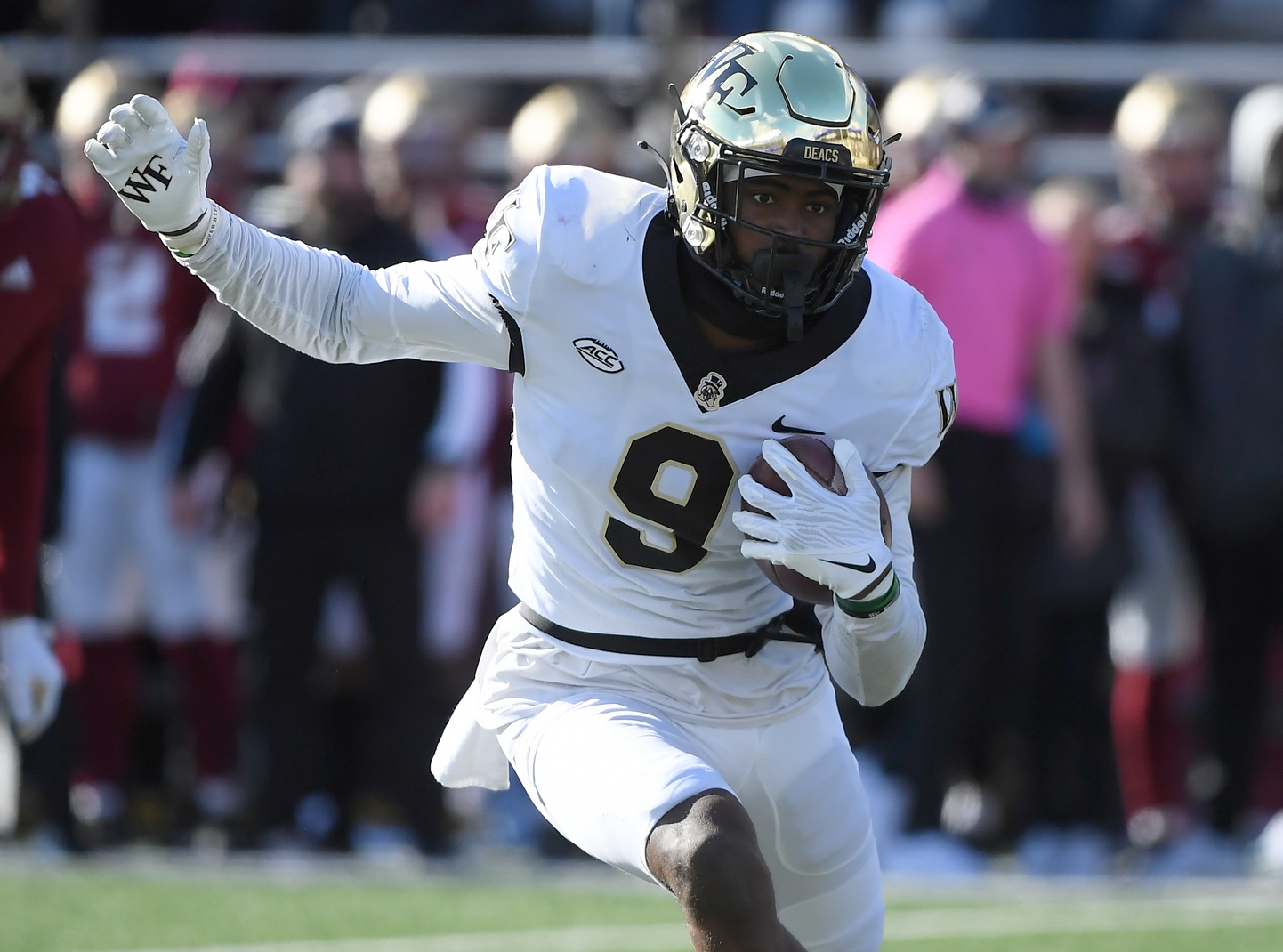 3 WRs Ravens Fans Should Know About In 2023 NFL Draft

For an offense littered with talent, it hasn’t all come together for the Baltimore Ravens despite a 6-3 record through nine games. A unit headlined by All-World talent Lamar Jackson, the injuries suffered at running back, tight end, and on the perimeter has seen the ceiling quickly shrink on Baltimore’s offensive barrage.

Season-ending foot surgery for Rashod Bateman, a ‘cleanup’ surgery for J.K. Dobbins following a torn ACL last year, and a nagging shoulder ailment to Mark Andrews has forced Jackson to play hero ball in carrying the Ravens to wins each and every week. While it’s been a recipe for success thus far for a Baltimore team victorious in their last three games, a need for fresh legs on the outside remains a massive need for the AFC North leaders come draft time.

With next April rapidly approaching, here are three pass-catchers to become familiar with that could gel nicely in Charm City.

One of the most interesting case studies this fall, the evaluation of Johnston has preached one thing: patience. A decorated pass-catcher whose physical profile and elite aerial ability have anointed him as a potential day-one prospect, the last month of the campaign has been everything we’ve hoped to see out of the 6-foot-4 talent within a high-octane TCU offense.

Although the mystery of Johnston’s lack of production at the start of the year was a head-scratcher for many, and the box score early on told a sad story of his involvement in the game plan, analytics and target share said something different—one that foreshadowed his outstanding last month of performances. Targeted on roughly 25% of his routes run early this year, the types of routes in which he ran initially painted a much different picture than in years past.

Following the first four games of the season that saw the Temple, TX native total 12 catches combined, he’s exploded to the tune of 14 catches for 206 yards and a score against the Kansas Jayhawks, eight receptions for 180 yards, and a trip to paydirt against a then top-10-ranked Oklahoma State defense, and over 140 yards and two touchdowns the last two weeks combined.

As much as production is about scheme fit, slotting in the big body of Johnston opposite Bateman would present Jackson with a gaudy arsenal of talents to target. Long story short, Baltimore needs everyone to stay healthy, but in a ‘what have you done for me lately’ league, Johnston could be the next man in line and a reason for Jackson to stay in Baltimore for years to come.

College football’s leading receiver through nine weeks (1,068 yards) and an alpha at the catch point, Rice understands how to use his 6-foot-2 frame to consistently out-leverage corners when the ball is in the air. An explosive jumper who turns 50-50 balls into 80-20 catches, placing any corner on an island against him welcomes nightmares for opposing defensive coordinators.

While his aerial prowess is just another club in his deep bag of traits on the outside, what makes Rice’s skill set so projectable to the next level—and in Baltimore—is his knack for finding ways to create separation no matter the alignment of the defensive back. The name of the game at wideout moving into Sunday football is the ability to consistently create separation and throwing windows for your quarterback. Some learn it over time, some never find their footing at all. For Rice, however, it comes naturally.

Perry’s fit into the Ravens’ heavy RPO game aligns nicely from the outside looking in. Another big target at 6-foot-5, Perry’s background in basketball and track has showcased an athlete with one of the more unique athletic profiles in the nation. It’s been an up-and-down fall from a production standpoint after amassing over 1,200 yards and 15 touchdowns last year, but Perry has all the traits in the world to become a legit X receiver on Sundays.

The narrative surrounding bigger-bodied wideouts is often centered around their ability to play above the rim. While Perry is average in contested-catch situations, where he shines is in the intermediate areas of the passing game where he consistently overpowers and shields off smaller, less physical corners. He does the little things well that will translate to the NFL game.