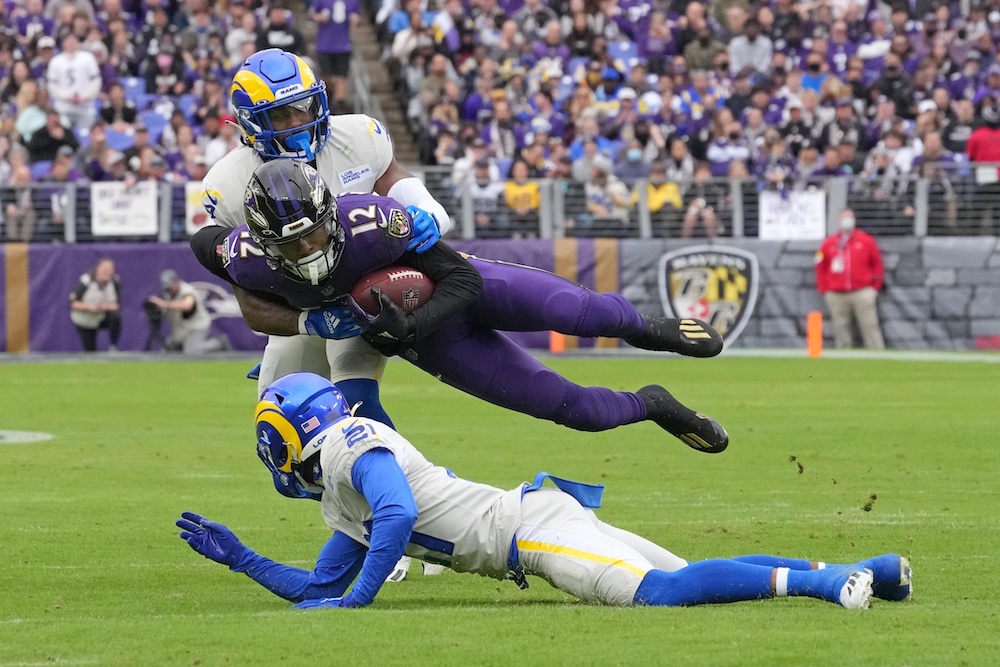 Among players looking at an increased role with their teams in 2022, Baltimore Ravens wide receiver Rashod Bateman is looking at one of the biggest leaps in responsibility in his second year. Receiver Marquise Brown’s departure to Arizona in a draft day trade leaves Bateman as the No. 1 wide receiver in the Ravens’ offense for the 2022 season. But the changes to Baltimore’s offensive personnel make Bateman’s role in the offense this season still unclear.

After Bateman was drafted as the Ravens’ first-round selection in 2021, he had to wait a little longer than most to play his first game with his new team. For the first five games of Baltimore’s season, the rookie was on the bench recovering from groin surgery. When he was activated off of the injured reserve in Week 6, he didn’t get an immediate chance to start with Sammy Watkins and Brown ahead of him on the depth chart.

That didn’t stop Bateman from turning some heads when he did get to see the field in his rookie season. The strong hands, great route-running and impressive agility he showed off in his college days at Minnesota appeared in flashes in his first pro season.

Bateman rode those skills to a successful—albeit shortened—season. Despite playing in just 12 games and starting four of them, he was third on the team with his 46 receptions, 515 receiving yards and eight “big” plays—ones that went for 20 yards or more. Extrapolating his numbers over a full, 17-game season, Bateman projected to finish with 730 yards. He more than likely would have scored more than one touchdown within a larger sample size as well.

Not only will Rashod Bateman be getting that bigger sample in his second season, he’s getting a promotion to WR1 too. Now that he’s going to be the Ravens’ top receiver, he’ll likely be seeing a boost in his targets in 2022. The question that remains is just how big a boost that will be.

A big part of Baltimore’s strategy so far this offseason has seemed to be a movement toward an even more run-heavy offense with an especial focus on tight ends. It mirrors the way the Ravens ran their offense back in 2019, when quarterback Lamar Jackson won a unanimous MVP.

That strategy became very clear when the team traded their top receiver, Brown, away and let Watkins walk in free agency before not signing a receiver in free agency or selecting one in the draft. Instead, they drafted two tight ends and brought another running back to their already loaded running backs room.

Jackson has generally thrived when he gets to run rather than throwing the ball deep, and that’s been reflected in the Ravens’ tight end-heavy personnel and their pass-catchers’ average depth of target. Brown, Bateman and tight end Mark Andrews, the Ravens’ top three receiving leaders in 2021, all had average depth of targets within 12 yards of the line of scrimmage. More tight ends and running backs on the roster—including the two returning from injury—equals more short passes to complement a strong run game.

So, where exactly does that leave Rashod Bateman, who has the potential to be a deep-threat receiver?

The answer is probably going to be a bit of a disappointing one for Bateman. His role will most likely look similar to the one Brown fulfilled while he was in Baltimore. He’ll see a lot of short passes within 10 yards and will have to do what he can to create extra yards after the catch. The running backs and tight end rooms are so crowded that Bateman will likely lose targets with more competition for them. Taking into account the offense’s focus shifting away from the passing game, Bateman could get even fewer looks with more run plays.

For the Ravens’ second-year receiver, a promotion to the No. 1 receiver spot might not come with all that much extra production. We’ll see how well Baltimore utilizes the skill set of their talented receiver in 2022, but the offseason moves from them so far suggest Bateman won’t get to show off all he has to offer in their offense. 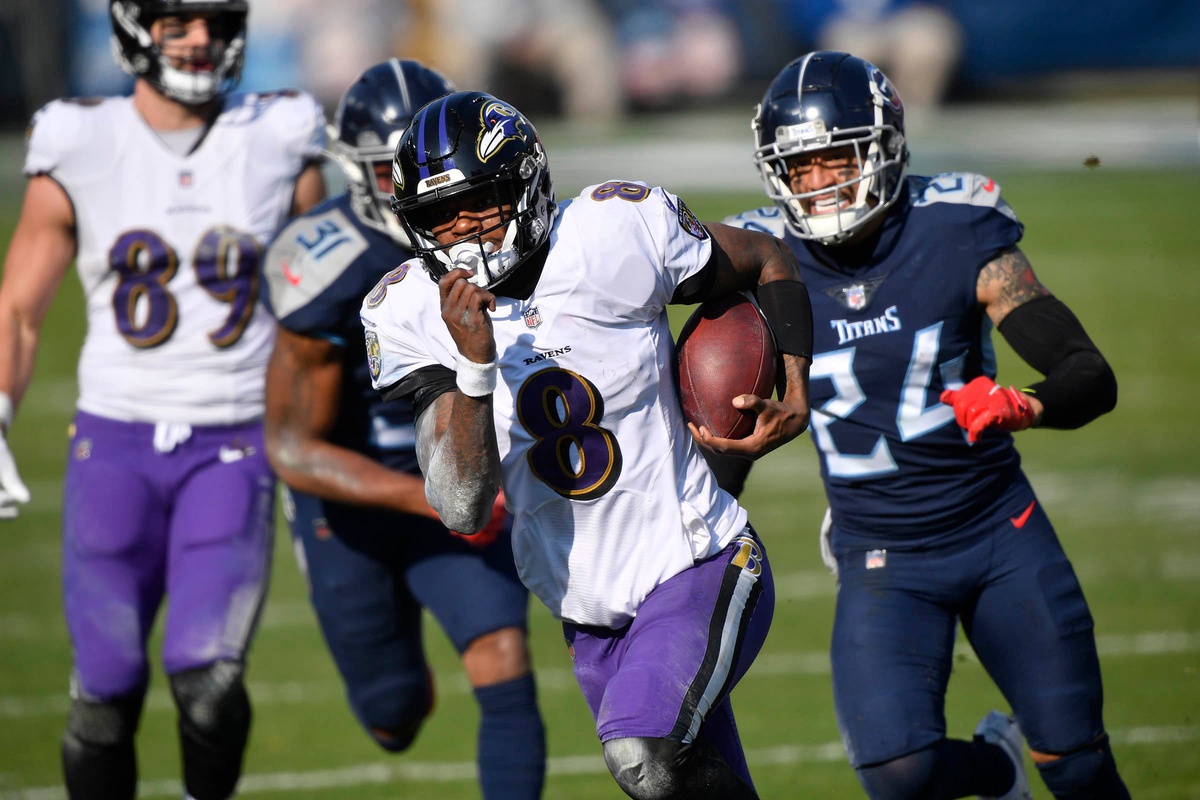 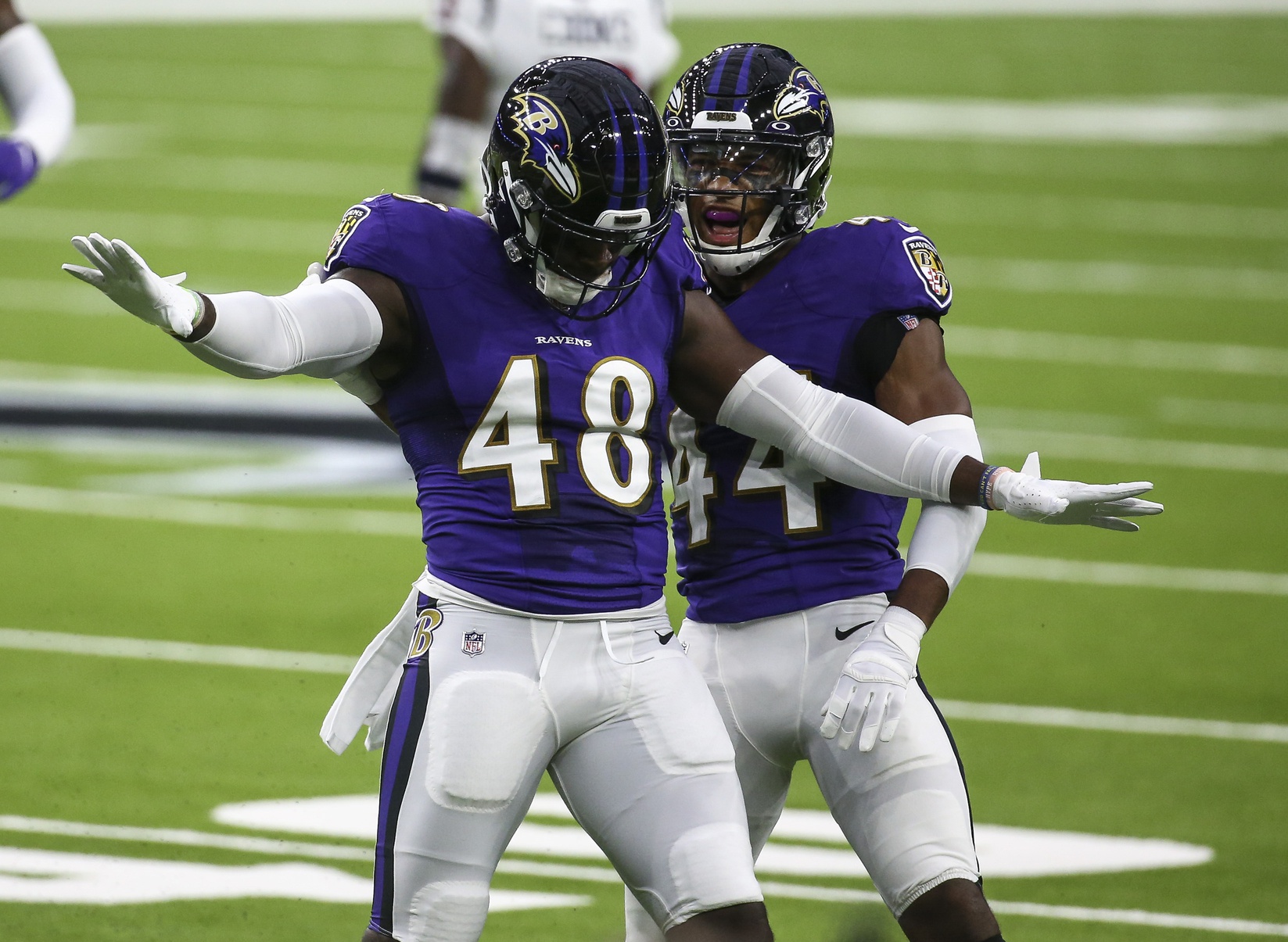