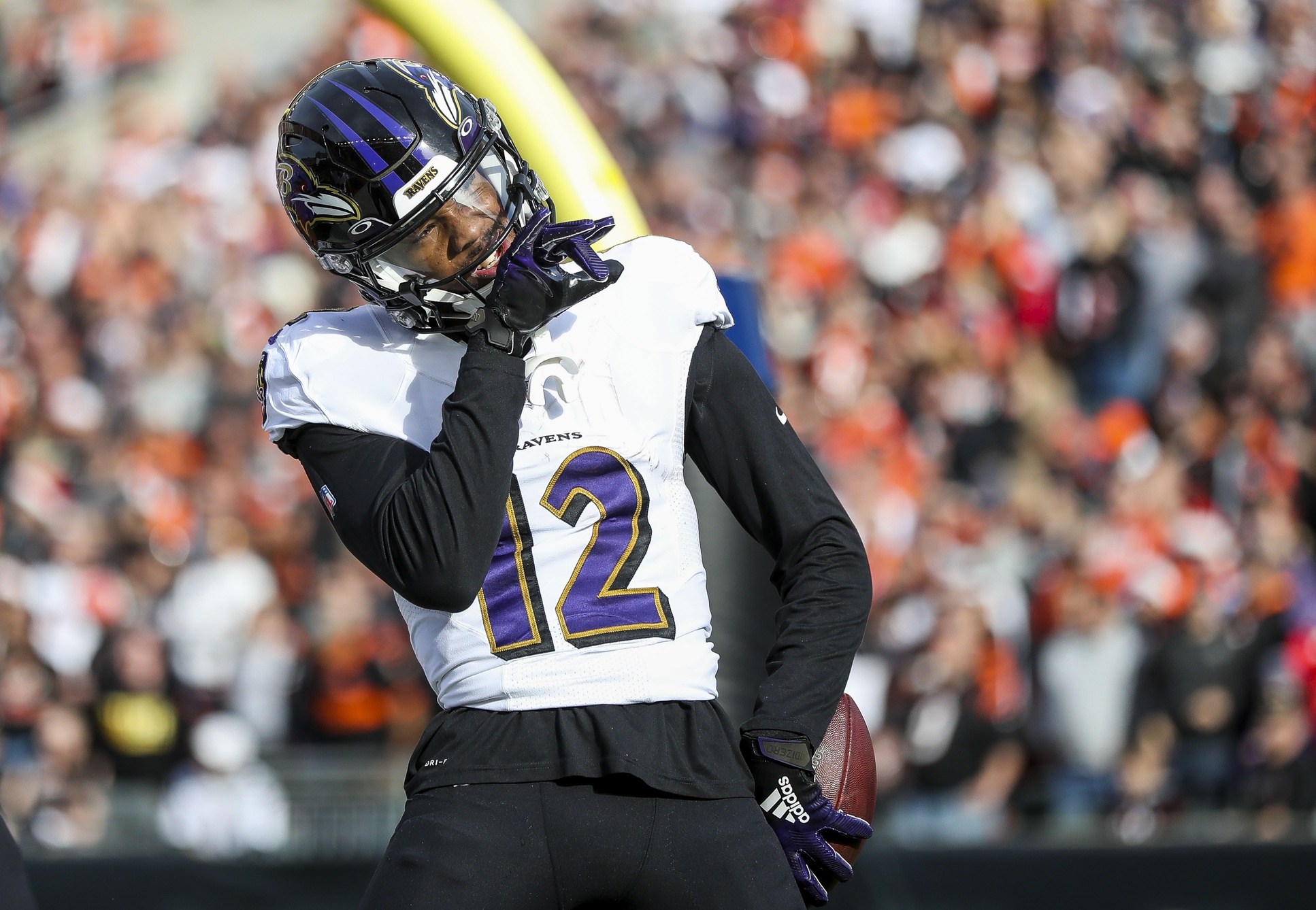 Why Ravens’ Rashod Bateman Is Poised For Breakout 2022 Season

With Marquise Brown traded away to the Arizona desert, there’s a new No. 1 wide receiver in Baltimore. Second-year pass-catcher Rashod Bateman is in line for a much bigger starring role in what could be a breakout season.

Bateman wasn’t an overly productive member of the Ravens’ offense in his first season in the NFL, but a lot of that can be chalked up to missing the first five weeks of the season. After suffering a groin injury during training camp, the then-rookie receiver began the 2021 season on the injured reserve after undergoing surgery and didn’t make his Ravens debut until Week 6.

Even after he returned to the active roster, Bateman wasn’t getting many looks as a starter behind Brown and Sammy Watkins. Of the 12 games he was active for last season, the Minnesota product only started in four of them.

That didn’t mean Bateman was completely unproductive. In fact, quite the opposite. He got plenty of looks in the passing game despite the lack of extra starts and even total games played compared to other Ravens pass-catchers.

Bateman finished third among all Baltimore pass-catchers with 68 targets, 46 catches, and 515 receiving yards in just 12 games. All better numbers than Watkins, and still ahead of the other receivers who are still on the roster like Devin Duvernay and James Proche II. Only tight end Mark Andrews and Brown had more targets, receptions, and yards and they played in 17 and 16 games, respectively.

Now Brown is gone, as is Watkins, leaving Bateman as the WR1 in the Ravens’ 2022 offense by default. He’ll finally get to show out in his first full season as a pro—let alone a starter—with a quarterback situation that should be more stable as Lamar Jackson returns from his season-ending ankle injury. That should mean we get a look at what Bateman is really capable of at the NFL level. He should be seeing more targets in his second year, which will lead to more receptions, yards, and scores than he had last year.

We already got to see a few small flashes of what Bateman could do in his rookie year, with his 103-yard performance against the Browns on seven catches being the highlight. He’s a great route-runner that uses his strong footwork and agility to win off the line of scrimmage and stay open downfield. When the ball comes his way, he uses his sure hands and elite ball skills to pull it in. In that game against Cleveland, he made a couple of fantastic catches thanks to those ball skills, winning two contested-catch situations near the sideline to set up a couple of scores.

What may hold Bateman back a little bit is how the Ravens decide to run their offense this season. They’ve had a recent history of leaning pretty heavily on their running game and getting much of their production in the passing game out of their tight ends—Andrews led the Ravens in every receiving statistic in 2021, for example. Now that Baltimore’s running backs will be healthy and they’ve drafted two tight ends, it’s possible Bateman doesn’t see as big a leap in his target share as he might have otherwise.

Still, if there’s any Ravens player with a chance to have a big breakout season in 2022, it’s Bateman. Though the role of wide receivers might be less important in Baltimore’s offense compared to the rest of the league, Bateman is still the Ravens’ WR1 in his first full season in the NFL. With more starts will come more targets, and with more targets will come more opportunities for the second-year receiver to show off his talent.