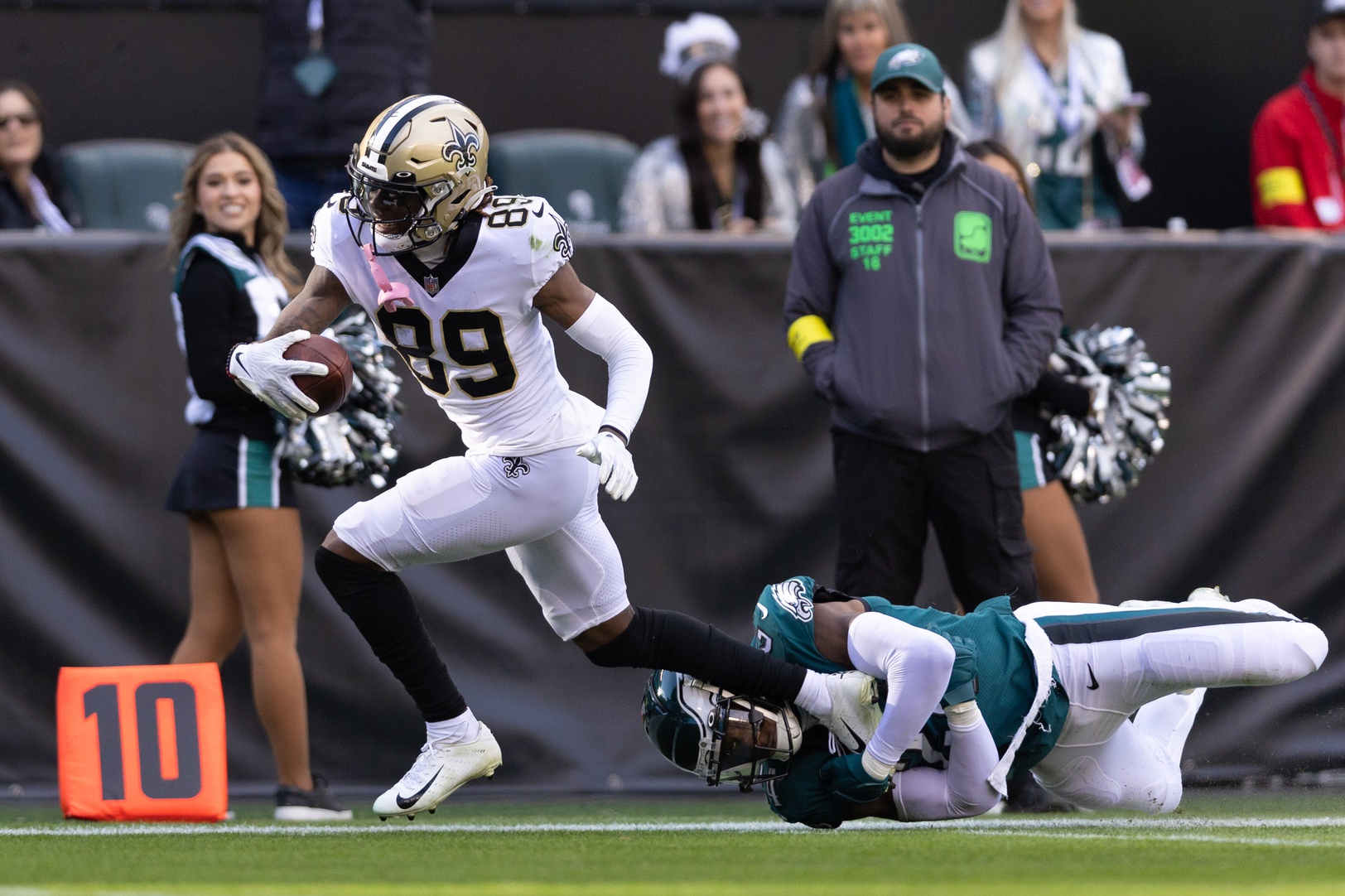 Rashid Shaheed: Flash In The Pan or Key Young WR?

The New Orleans Saints always were hoping to get big contributions in the passing game from a rookie receiver. And through 17 weeks, they have gotten some nice production from first-round rookie Chris Olave.

Recently, there’s been a second rookie receiver who has done well stepping into a starting role after all of the injuries in the Saints’ receiving corps. That guy is UDFA Rashid Shaheed, and given what we’ve seen from him so far this year, he might have a chance to lock in a long-term starting role in New Orleans as soon as next season.

Shaheed was never a top receiving prospect in his class as a guy who didn’t have a ton of production out of FCS program Weber State—he had just 147 catches for 2,178 yards and 18 touchdowns in five years there. Still, thanks to his elite speed and background in track, he thrived as a returner throughout his college career, averaging more than 29 yards per kick return and six return touchdowns. That was enough to get him All-American honors four times. Without the receiving production at the FCS level and with the fact that he would turn 24 years old before his rookie year, Shaheed went undrafted. The Saints signed him two days after the draft ended.

When the season finally started, Shaheed was still on the practice squad after failing to survive final roster cuts. He wasn’t promoted to the active roster until Week 6 with New Orleans in need of reinforcements at receiver thanks to injuries to Michael Thomas and Jarvis Landry. A day after he was promoted, Shaheed scored his first NFL touchdown on a jet sweep, showing everyone just what kind of playmaker he could be with his blazing speed and the ball in his hands.

Rashid Shaheed was elevated from the practice squad yesterday.

Four days later (thanks to Thursday Night Football), the rookie caught his first receiving touchdown by splitting a couple of deep defenders with his speed before dragging one of them with him into the end zone.

The following weeks were a bit quieter, especially after Landry returned from his injury, but Shaheed had started to make a name for himself at the NFL level. As the season progressed, he started to see more offensive snaps. As he got more offensive snaps, he began to prove that his ability to win as a deep-ball receiver was more than a flash in the pan in the early weeks. Over the last five weeks, he’s recorded 343 yards on 19 receptions—an average of 18.05 yards per catch—including a 68-yard touchdown catch against the Atlanta Falcons.

In the (very) limited sample size we have seen of Shaheed this season—30 total targets in 10 career games—he’s proved that he can win consistently with his speed. The rookie can kick things into another gear to blaze past defenders as a deep-ball threat before the catch or use it to turn into a run-after-catch menace once he gets the ball in his hands. He’s also a generally reliable pass-catcher with zero drops and a 79.2% catch rate this season.

It’s a limited sample size to be sure, but Shaheed has stayed consistent in both aspects on a weekly basis. That’s something that suggests his recent performances are more than just a flash in the pan.

With one rookie, Olave, locking up the Saints’ WR1 role in his first season and another, Shaheed, more than holding his own as a deep-ball threat and starter, the future of their offense could be bright. As running back Alvin Kamara leads the charge on the ground with a talented duo of young pass-catchers helping to get things going in the air, New Orleans is a potential quarterback upgrade away from being a much-improved offense in the new year and in the years to come.