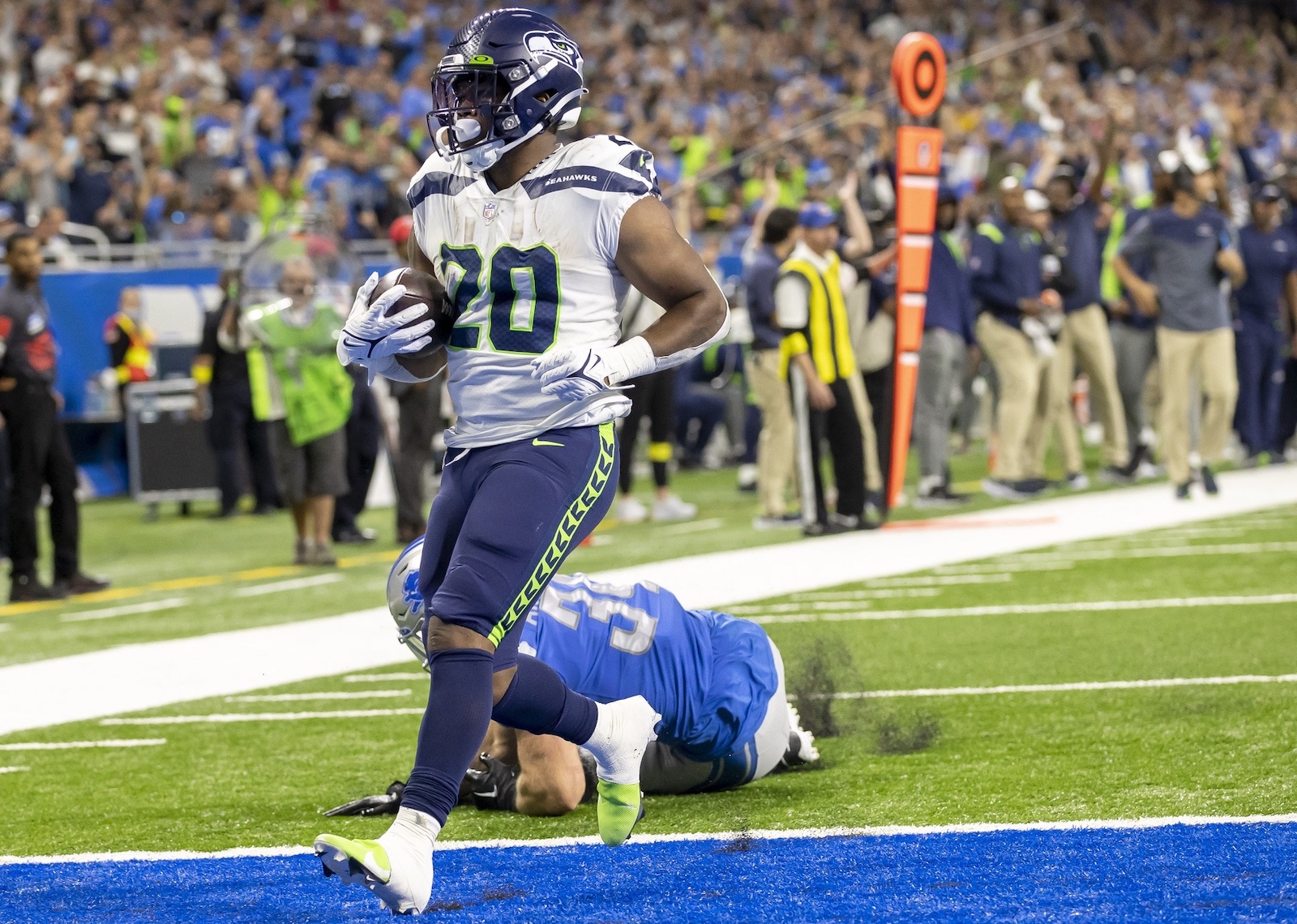 Going into the 2022 season, it always felt like the Seattle Seahawks were only going to go as far as their run game would take them after trading away veteran quarterback Russell Wilson. The good news for them so far is that their run game, led by fifth-year running back Rashaad Penny, is off to a strong start.

That Penny is playing so well through four games this season—highlighted by a 151-yard, two-touchdown game on Sunday—is an important revelation for the Seahawks. Penny experienced somewhat of a breakout in the latter half of last season after showing flashes of his talent in his first four years amidst all of the injury trouble.

Still, perhaps because of that injury trouble, Seattle drafted running back Ken Walker III in the second round this year to give their run game a potential spark with a younger guy. But now that Penny has started in 10 straight games for the first time in his career, the Seahawks have more of a real sample size to evaluate what they have in their veteran back. There’s plenty of reason to like what they see.

Even in limited carries over the Seahawks’ first three games as a result of early deficits forcing Seattle to lean on their passing game, Penny was impressive. He entered Sunday’s action averaging more than 4.4 yards per carry on 32 rushes in the first three weeks and most of his 141 total rushing yards coming after contact. His physicality along with great vision and explosiveness with the ball in his hands all helped him succeed on limited carries in each of his first three games.

All of those tools were back out in a greater display and sample size on Sunday. With the Seahawks building an early lead, they looked to Penny early and often against the Lions and he took full advantage of the extra opportunities.

The fifth-year back’s 17 carries and 151 yards on Sunday were the third-most in a game in his career and the 8.9 yards he averaged per carry was a career-high in games with at least 15 carries. Penny’s two rushing touchdowns also matched the career-high that he achieved twice down that late-season stretch last year.

Past the production and numbers, Penny straight-up looked good all day. The same physicality, explosiveness, and vision that he showed through the first three weeks continued to show up in a big way against the Lions.

Penny’s first touchdown run over 35 yards was an exhibit of his explosiveness and breakaway speed. This was a guy who ran a sub-4.5 40-yard dash at 220 pounds, and that speed was clear here. With the Lions bringing heavy pressure on 3rd-and-16, Penny shot through the right side B-gap behind a pulling guard and had just one man to beat after reaching the second level. He promptly juked Detroit’s cornerback to his knees and waltzed into the end zone untouched.

His second touchdown, this time on a 41-yard run, was perhaps more impressive. Penny got the outside edge easily with two linemen pulling and breezed through an arm tackle attempt with a stiff arm before winning the foot race to the end zone against two Lions safeties. Like in his first touchdown run, it was just near-effortless explosiveness and breakaway speed as soon as he got the ball in his hands.

Death, taxes, and Rashaad Penny going off against Detroit.

A final noteworthy play came in the very last moments of the game with the Seahawks up just three points and needing to convert on 3rd-and-5 to officially seal the win. Seattle gave the ball to Penny once again, this time just straight up the middle, and he found the hole before facing initial contact right at the line of scrimmage. It didn’t matter. Even as one defender pulled at his shirt and a few others got hands on him, Penny ripped through the defense for seven yards and a victory-sealing first down.

Seahawks seal it and Pete Carroll is fired up. 🔥 pic.twitter.com/wPMZGKGk9N

Penny’s vision, explosiveness, and physicality all came together in the biggest moments for him and the Seahawks this weekend. For Seattle, seeing all of that continue to show up consistently after last year and even as the workload increases for their lead back is very good news for their run game and overall offensive output.

The Seahawks always figured their run game would have to help carry them to victories this season, and Penny’s play (should he manage to stay healthy) could continue to bring them even more success as the season continues.