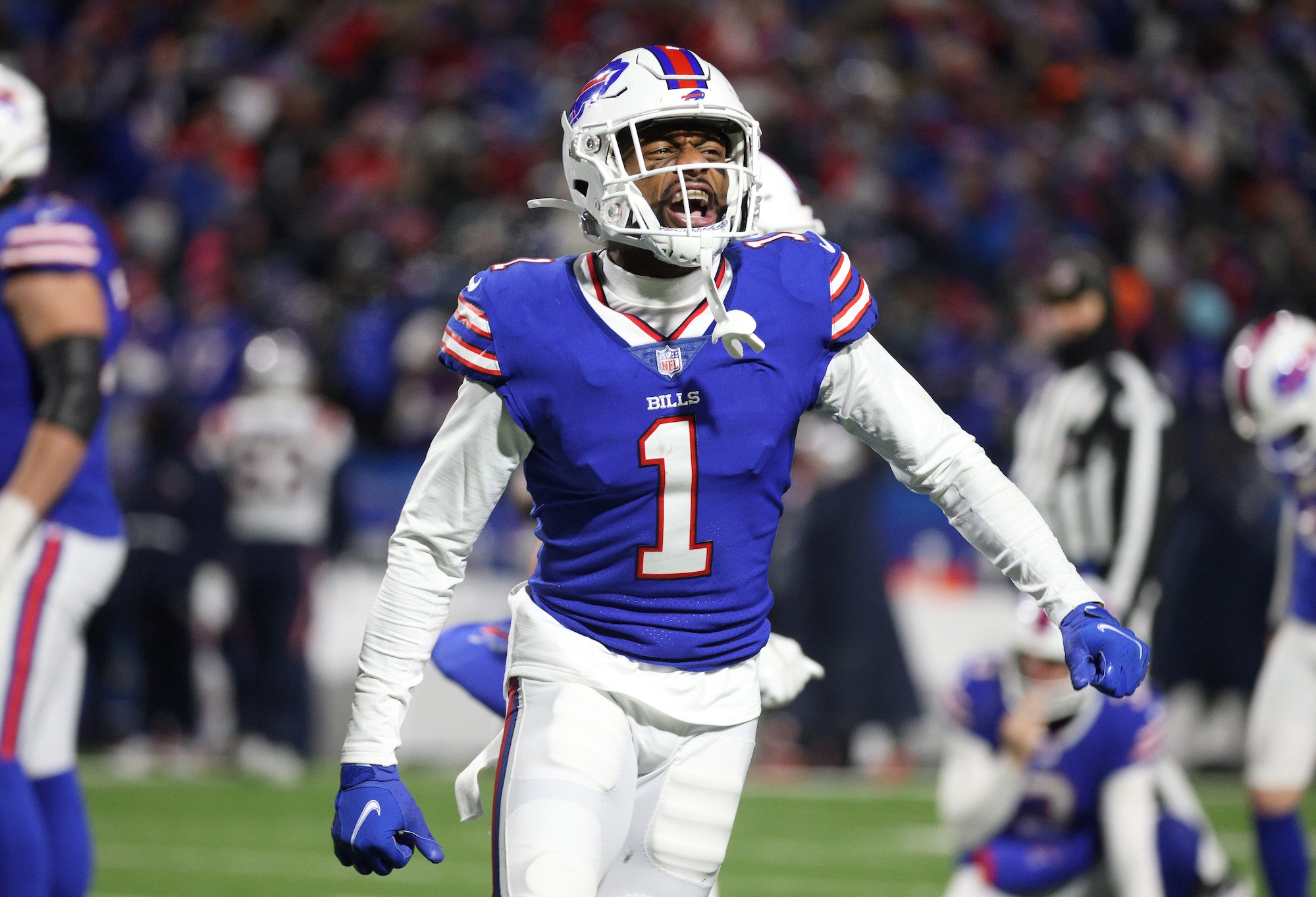 Los Angeles Rams wide receiver Van Jefferson will have his knee reevaluated by a specialist on Monday, according to multiple reports. Jefferson has been suffering from an undisclosed knee injury that has hampered his abilities at practice. Surgery remains a possibility, which could sideline Jefferson for multiple weeks, or longer.

The Rams currently lack the depth to appropriately navigate through a potentially lengthy spell for Jefferson on the sidelines. Jefferson is poised to serve as the Rams’ No. 3 wideout behind Cooper Kupp and Allen Robinson. Head coach Sean McVay runs an offense that prioritizes fielding three-receiver sets. The Rams ran 11-personnel more than any other team in the league last season, via Football Outsiders. That would be difficult to maintain with the likes of Ben Skowronek or Tutu Atwell stepping into Jefferson’s role.

The Rams may still re-sign Odell Beckham Jr. at some point. But given that Beckham continues to recover from a torn ACL suffered in the Super Bowl, his early-season availability also remains in doubt. Rams general manager Les Snead may be on the hunt for a free-agent receiver that can contribute immediately should test results reveal negative information regarding Jefferson’s knee injury. We’ve identified three free-agent receivers the Rams should consider signing.

Hilton remains on the open market while the Indianapolis Colts appear primed to embrace a youth movement at receiver. A four-time Pro Bowler and the league’s receiving yards leader in 2016, Hilton has spent his entire 10-year career as a member of the Colts, but the Miami, Florida native may be forced to don a new uniform in 2022.

The 32-year-old Hilton would likely only consider switching allegiances if it meant playing for a contender. The Rams happen to be the defending Super Bowl champions.

Hilton spent the majority of last season battling injuries. Hilton managed to record just 23 receptions for 331 yards and three touchdowns. All three outputs were career lows for Hilton. Landing in McVay’s offense may represent the ideal spot for Hilton as his career begins to dwindle. Hilton wouldn’t be tasked with doing the heavy lifting as a No. 1 or 2 receiver. He could enjoy a resurgent year while playing third fiddle to Kupp and Robinson.

Hurns is the ultimate flier. He spent the previous three seasons as a member of the Miami Dolphins, but Hurns actually hasn’t played football since 2019—he opted out of the 2020 campaign due to the pandemic and then suffered a season-ending injury in mid-August of last year. The Dolphins released him from his contract earlier this offseason.

Hurns was once viewed as an ascending receiver. He recorded 1,031 receiving yards and 10 touchdowns as a sophomore breakout with the Jacksonville Jaguars in 2015. Hurns has scored at least two touchdowns in every season he’s appeared in. Unless Jefferson is ruled out for the entire season, the Rams don’t have to make a notable splash.

Hurns would likely be available at the veteran minimum, potentially making him an intriguing reclamation project as a bridge option. If anybody can get Hurns’ career back on track, it’s McVay.

Sanders is a terrific dual-threat receiver that can play both inside and outside. McVay’s offense lost some of that versatility when they traded Robert Woods to the Tennessee Titans earlier this offseason. Signing Sanders as veteran help would restore that flexibility.

The 35-year-old Sanders proved he has some juice left in the tank last season. Sanders enjoyed a fruitful campaign as a member of the Buffalo Bills’ high-octane offense, totaling 42 receptions for 626 receiving yards and four touchdowns. Sanders’ 14.9 yards per reception equaled a career-high mark previously set in 2015.

The Bills decided to get younger and cheaper at receiver this summer, opting not to re-sign Sanders. Sanders has spent the last three seasons playing for three different teams, but he’s remained productive at every stop. Rams quarterback Matthew Stafford would appreciate having a savvy weapon like Sanders at his disposal.