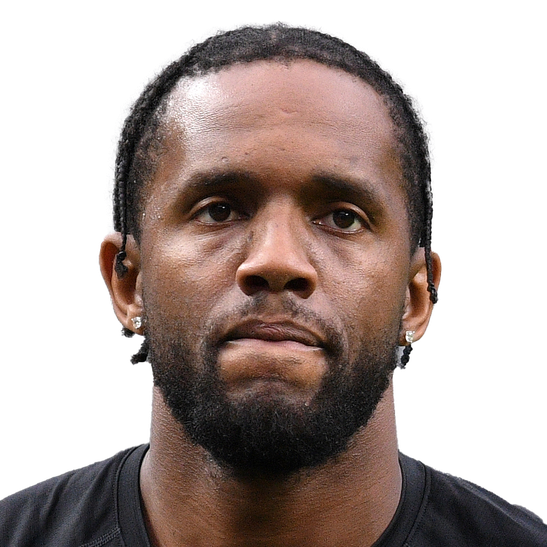 Rams Should Target These 6 Free Agents

The defending Super Bowl champion Los Angeles Rams are in preparation mode as they hope to defend their title in 2022. General manager Les Snead will largely focus on attempting to retain his own players this offseason, as several key contributors and starters are currently set to become free agents in March. That list includes the likes of Von Miller, Odell Beckham Jr., Darious Williams, Austin Corbett, Sony Michel, and Joseph Noteboom, among others. Snead will make valiant attempts to re-sign several of those talents while navigating through some financial difficulties. The Rams are currently $13.1 million over the 2022 cap, via Spotrac. Snead has mastered the art of creativity in recent years and more of the same is expected in March and beyond. Restructuring or extending the contract of Matthew Stafford and backloading the deal could create some much-needed immediate money for Snead to work with in the coming months. It's just one of many moves the Rams could make this offseason to help them "run it back" in 2022. With cap, team needs, pending free agents, and draft selections all put into consideration, here are three offensive and defensive free agents Los Angeles could target when the signing period begins on March 14.

Sweeping changes may be coming to the Rams' offensive line. Starting left tackle Andrew Whitworth is largely expected to retire after finally capturing the first Super Bowl title of his illustrious career. Starting right guard Austin Corbett and starting center Brian Allen are set to become free agents, and the Rams will likely have difficulties retaining both players. Corbett especially is due for a sizable raise after experiencing a career-best season in 2021. Backup left tackle Noteboom is also on an expiring contract and may find a more lucrative offer elsewhere—although Snead is surely hoping to slot Noteboom in at left tackle in 2022 should Whitworth indeed ride off into the sunset. The Rams will need to find several cost-friendly solutions, particularly on the interior of their offensive line. New York Jets free-agent-to-be Laurent Duvernay-Tardif qualifies as an ideal fit after playing eight solid contests with the Jets in 2021. Duvernay-Tardif's season began in November with a trade from the Kansas City Chiefs to the Jets. He was a natural fit in offensive coordinator Mike LaFleur's wide zone scheme, which is a part of the Kyle Shanahan and Sean McVay coaching tree. Duvernay-Tardif recently expressed his love of the scheme and why it plays to his strengths via an in-depth exclusive interview with The Draft Network. Duvernay-Tardif's exposure to McVay's scheme by extension could make him a shrewd, cost-effective fit for the Rams in free agency.

Sticking with the potential reworking of Los Angeles' offensive line, the Rams will almost certainly be in the market for a versatile swing offensive tackle that's capable of playing both on the left and right side. Retaining the aforementioned Noteboom should be a priority for Snead this offseason, but thrusting him into an everyday role on the blindside would mean the Rams need to shore up their depth at the position. Dennis Kelly is set to hit free agency after spending the previous two seasons with the Green Bay Packers and Tennessee Titans, respectively, both of which run systems that were currently or previously implemented by former McVay chief assistant Matt LaFleur. Kelly has played both left and right tackle while working under the likes of LaFleur and Arthur Smith in similar offenses and wide-zone-heavy schemes. Kelly is an intelligent player that has plenty of experience playing both tackle positions throughout his playing career. He would instantly fill an underrated need and position on the Rams' roster while possessing the capability to start at either position should the Rams find themselves in a pinch.

The addition of Swaim would represent the type of quality depth signing Snead and McVay have been known to make in free agency. McVay prefers to call plays out of similar personnel groupings with versatile players that can wear multiple hats on any given snap. Tipping plays to the defense based on formations and groupings is not something McVay partakes in, and Swaim fits the mold of his preferred tendencies. Swaim has spent the previous two seasons with the Titans playing in a similar system to what McVay has consistently run in Los Angeles. He's an excellent run blocker in the wide zone scheme and an underrated pass-catcher that can take advantage of the little attention he often commands from opposing secondaries in the passing game. That sentiment would ring especially true on a Los Angeles roster that is loaded with high-end pass catchers. Swaim recorded four touchdown catches in 2020 and 2021 while logging significant snaps. The 28-year-old Swaim may be available on a veteran minimum salary this offseason, which typically represents music to Snead's ears.

Atlanta confirmed the release of Fowler Jr. last week following an extremely disappointing two-year tenure with the Falcons. Fowler Jr. recorded just 7.5 sacks across two seasons in Atlanta and now finds himself available on the open market. Could a reunion be in the cards? Fowler Jr. experienced a career-best season with the Rams after posting an astounding 11.5 sacks in 2019. Fowler Jr. parlayed those performances into a lucrative three-year contract with the Falcons that has now reached its disappointing and premature end. Returning to the city and franchise that eventually landed him such a high-priced contract elsewhere may represent the wisest most for Fowler Jr. as he attempts to rehabilitate a now-damaged reputation. Fowler Jr. is also extremely familiar with current Rams defensive coordinator Raheem Morris after the two crossed paths in Atlanta in 2020. Snead will almost certainly do everything within his power to retain free-agent-to-be Von Miller, but depth will be needed as fellow pass rusher Ogbonnia Okoronkwo is also set to hit free agency. Fowler Jr. should be available on an affordable, one-year prove-it deal. His familiarity with Los Angeles' defense, paired with Snead's necessity to make shrewd signings makes this pair a match made in heaven.

Williams has served as one of the most exciting and dynamic No. 2 cornerbacks in the league over the past few seasons while representing a heartwarming underdog story. The undrafted and undersized Williams has defied all odds while slotting in beautifully opposite Jalen Ramsey on the boundary in Los Angeles' talented secondary. Williams has paid his dues and will now command a sizable raise on the open market. He's almost certain to secure a multi-year lucrative contract the Rams can ill-afford to deliver given their financial difficulties. Rams defensive coordinator Morris runs a ton of Cover 3 looks that ask his corners to lock up opposing wide receivers one-vs-one on the outside. Hayward Jr. is a veteran corner that's become extremely familiar with a similar system while playing for Gus Bradley both with the Los Angeles Chargers (2016-20) and Las Vegas Raiders (2021). The 32-year-old is going to be significantly more affordable in free agency than Williams will be, and the opportunity to go ring-chasing with the Rams may lead him to accept a reasonable contract in 2022.

The 6-foot-4, 310-pound Sebastian Joseph-Day is set to become a free agent in March and the Rams may have difficulty retaining his services. Joseph-Day is due to receive a significant raise following the expiration of his four-year rookie contract. The former sixth-round selection out of Rutgers earned just $653,000 in 2021. He'll qualify as an intriguing talent for several nose-tackle-needy teams that struggled to stop the run all throughout last season. The Rams possess a quality in-house replacement in Greg Gaines, but the overall depth of the position must be addressed should Joseph-Day depart Los Angeles. Enter DaQuan Jones, a veteran nose tackle that is an ideal fit for the Rams' front. Jones is a high-level run-stopper who eats up blocks and space on a snap-by-snap basis. His presence as a rotational defensive lineman would do plenty to free up the likes of Aaron Donald, Leonard Floyd, and hopefully, a returning Von Miller. Jones earned a base salary just north of $2 million in 2021 with the Carolina Panthers and should be available on a similar price tag. It's peanuts compared to what Joseph-Day is about to command on the open market.