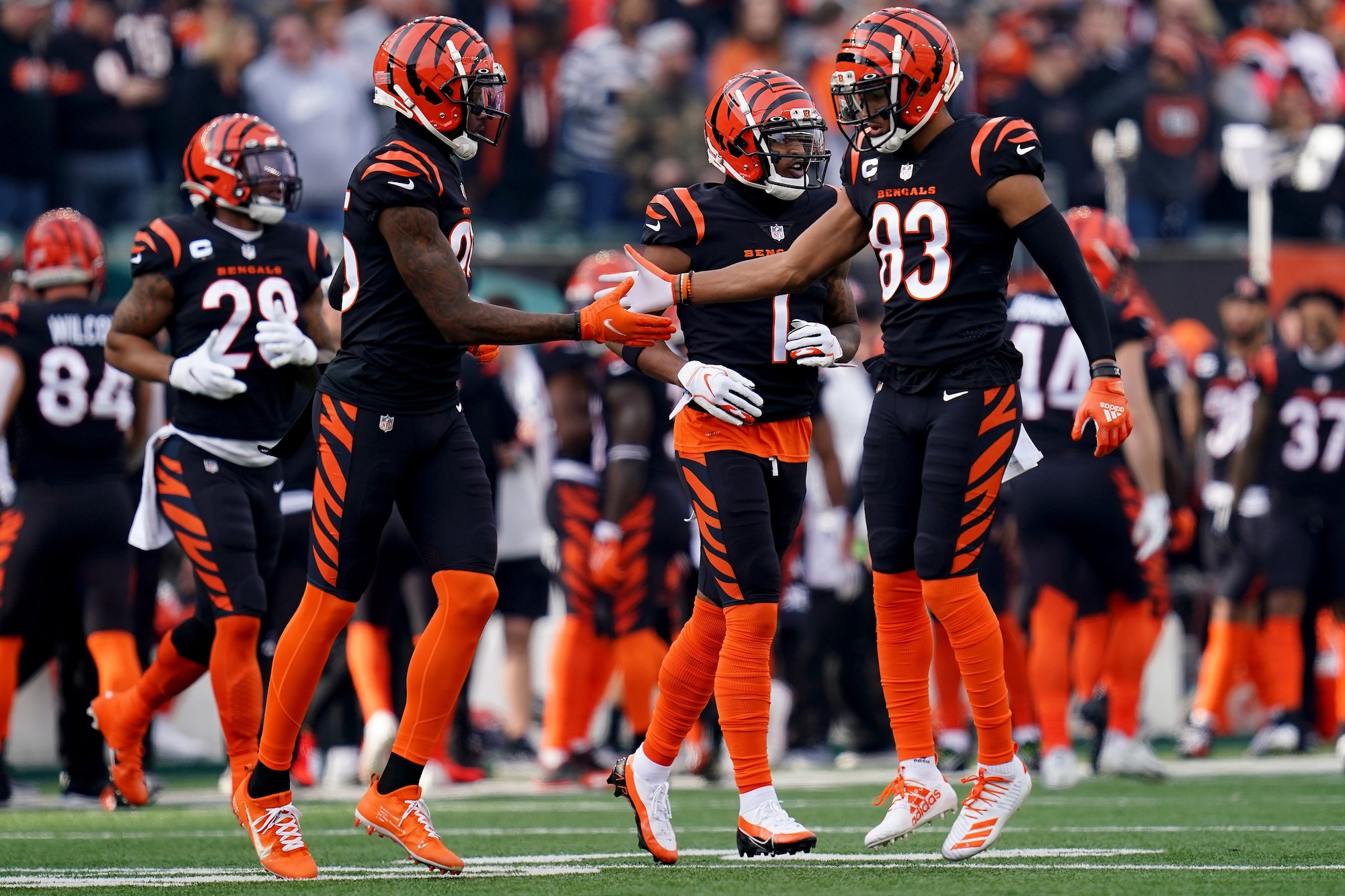 Who Has Better WR Corps: Rams or Bengals?

The stage has been set. The surging Cincinnati Bengals and Los Angeles Rams will meet at SoFi Stadium on Feb. 13 in Super Bowl LVI. The Rams possess home-field advantage and are largely considered favorites by most oddsmaking outlets in existence. Joe Burrow and Matthew Stafford will square off in a quarterback showdown for the ages. The two quarterback performances will undeniably help decide the outcome, but there are several other position groups on both squads that will make a profound impact. When sizing up these two teams, the battles at the wide receiver positions qualify as particularly intriguing. Both units possess three high-level receivers each that have performed outstandingly throughout the postseason. The trio of Cooper Kupp, Odell Beckham Jr., and Van Jefferson have combined for 49 receptions, 701 receiving yards, and five touchdowns in three playoff appearances. Kupp largely powers those numbers forward (25-386-4) and is 303 yards away from setting the all-time record for the most receiving yards in a single postseason previously set by Larry Fitzgerald in 2008. Kupp is unlikely to surpass Fitzgerald, but the fact that he's even within striking distance puts his ridiculous efforts into perspective. Kupp is undeniably the best performer on either team throughout the playoffs and has successfully built on the incredible regular season performance that saw him lead the league in receptions (145), yards (1,947), and touchdowns (16). Ja'Marr Chase took the league by storm in 2021, too. The former Baton Rouge standout currently leads all Bengals receivers with 20 receptions for 279 yards and one touchdown in three playoff games. In the regular season, Chase compiled an astounding 1,455 receiving yards and 13 touchdowns on 81 receptions while performing like one of the all-time great rookie receivers. Chase is supported by Tee Higgins and Tyler Boyd, who make the Bengals incredibly deep at the position and provide Burrow with elite second and third options in the passing game. These receiving units are led by Kupp and Chase, but the supporting cast members are quality difference-makers as well. Choosing between these receiving corps is an extremely difficult exercise, but we lean with the Bengals due to their incredible depth at the position. Comparing total head-to-head numbers qualifies as misleading, seeing that Beckham Jr. joined the Rams midseason following a controversial departure from the Cleveland Browns. Due to the unfair advantage, the Bengals would clearly possess when analyzing totals, per-game averages (adjusted for a 17-game season) offer up a clearer photo. The margins are notably thin. The Bengals' trio averaged an incredible 215.26 receiving yards per game, a mark that bests Los Angeles' average of 199.82 despite Kupp leading the league in this metric (114.53 receiving yards per contest). It's a fact that best highlights Cincinnati's depth and represents why Higgins and Boyd make the difference when comparing trios here. They were consistently more productive than Beckham and Jefferson, and that’s ultimately why we give the Bengals the slight edge. It's worth noting the Rams' trio was more productive when it came to scoring touchdowns (0.63 touchdowns per game versus Cincinnati's 0.50 touchdowns scored per contest). The difference here actually extends well beyond Kupp, who obviously leads this group of six receivers in this metric with 0.94 touchdowns per performance. Beckham (0.63) and Jefferson (0.35) actually outperformed Higgins (0.43) and Boyd (0.31) in this area. Beckham is the real difference maker here, as his five touchdowns in eight regular-season appearances led to an excellent per-game average. It's possible and even likely that Beckham's numbers would have lowered had he appeared in more games, but the facts are what they are. Fair arguments can be presented for both sides. The Bengals were just one of three teams to feature two 1,000-plus yard wide receivers (Chase and Higgins) alongside the Tampa Bay Buccaneers (Chris Godwin and Mike Evans) and the Los Angeles Chargers (Keenan Allen and Mike Williams). When expanding that number to 800-plus receiving yards, the Bengals were the only team in the league to witness three wide receivers cross that mark (Boyd makes three). Both teams employ three excellent receivers who are all capable of making THE difference on Sunday, but the Bengals possess the best trio in the NFL.