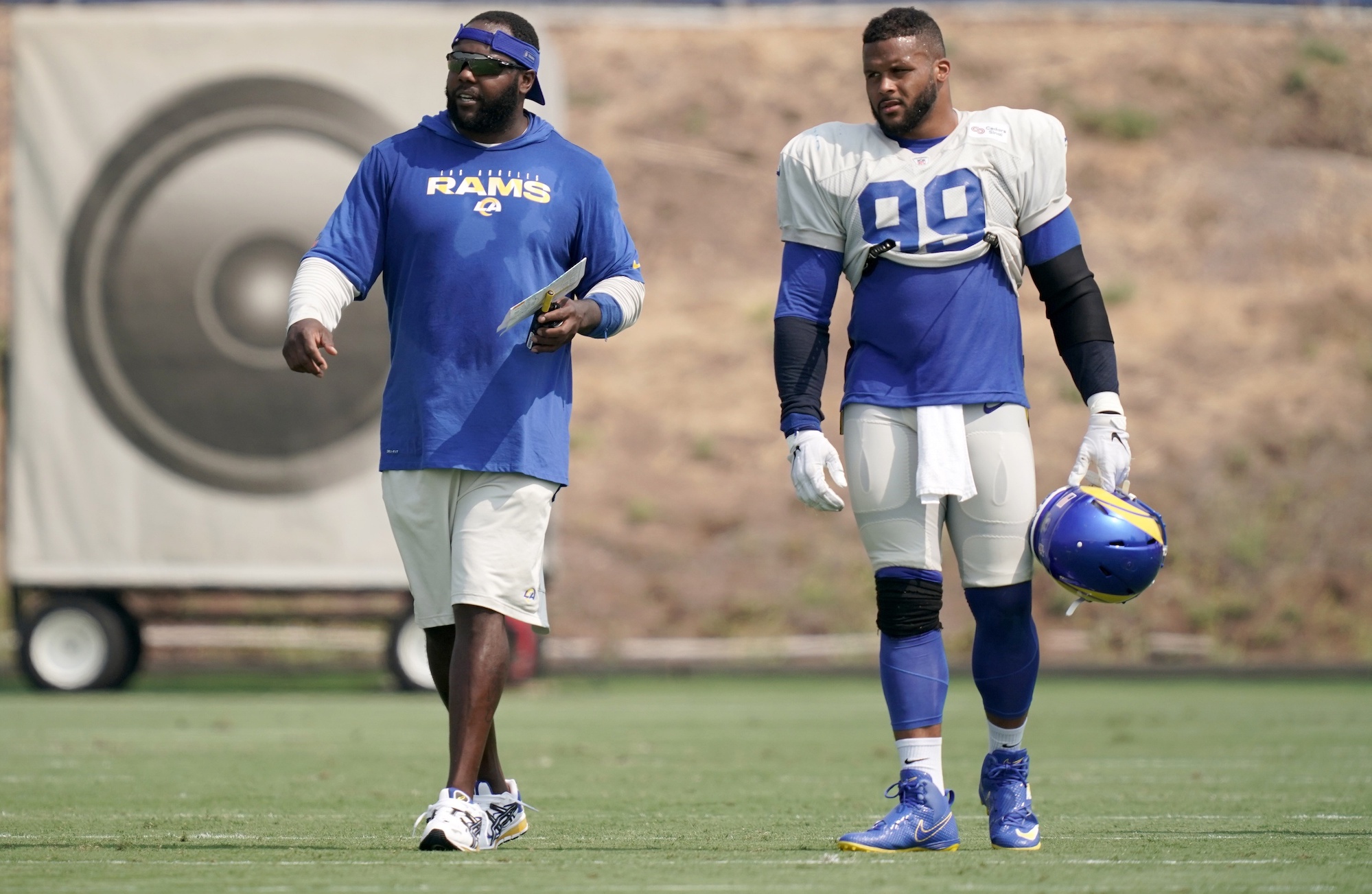 Los Angeles Rams head coach Sean McVay continues to mull his future, according to multiple reports. McVay has offered his assistants permission to explore other opportunities, a telltale sign that he is legitimately considering walking away.

The 5-12 Rams experienced a difficult campaign. They may extend their competitive window for another season due to their existing core of Matthew Stafford, Aaron Donald, and Cooper Kupp, but a lengthy rebuild is not too far down the road. A Super Bowl winner, McVay may possess little interest in committing to a difficult rebuild.

The Rams may join an abundance of franchises searching for a new head coach in 2023. Sean McVay’s decision is a pivotal one. We’ve identified three external and internal candidates for the Rams.

Brown is viewed as an ascending head coaching candidate despite never officially holding a coordinating title at the NFL level. Brown interviewed for the Miami Dolphins job last season. Former Rams assistant Kevin O’Connell nearly hired Brown as his offensive coordinator with the Minnesota Vikings. Brown’s time to lead a franchise of his own will soon arrive.

Detroit Lions offensive coordinator Ben Johnson arguably did the most impressive coordinating job across the entire league this season. Johnson’s Lions finished the campaign averaging 26.5 points per contest, the fifth-ranked scoring offense in the NFL. Such figures guarantee Johnson will receive consideration from teams with head coaching vacancies.

There’s a notable connection worth exploring between Johnson and the Rams. Johnson spent two seasons (2019-20) as an offensive coaching assistant alongside Stafford in Detroit. Stafford has already clarified that he does not plan to retire this offseason. Hiring a coach that possesses familiarity with Stafford would be a worthy endeavor.

McVay’s retirement would deliver a sizable blow to the Rams’ league-wide reputation and in-house morale. Owner Stan Kroenke and general manager Les Snead may prefer to appoint a stabilizing figure. In-house defensive coordinator Raheem Morris would be a terrific choice.

Morris joined the Rams in 2021 and immediately won Super Bowl LVII alongside McVay. The Rams’ defense played admirably given the circumstances under Morris in 2022. Morris is a two-time head coach with 59 games of experience under his belt. Morris remains a popular authoritative figure around the league. The Indianapolis Colts and Denver Broncos have already requested to interview Morris for their respective openings at head coach, per Jonathan Jones and Mike Klis.

The Rams may face competition for Morris’ services. Another opportunity to lead a franchise appears on the horizon for Morris. It could come to fruition in Los Angeles.