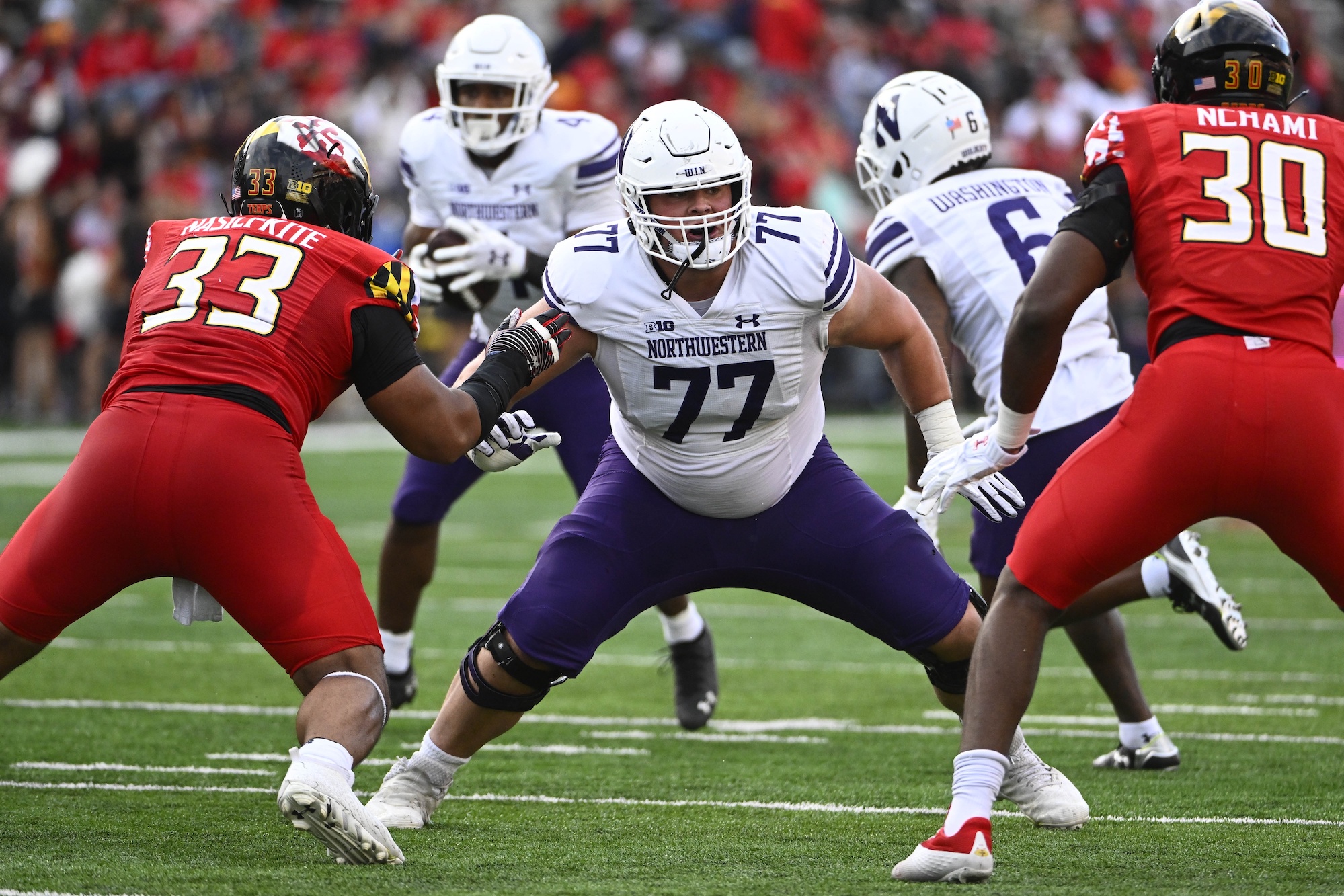 Raiders 7-Round Mock Draft 2023: Build Out The Trenches

An organization without a clear direction heading into the offseason, the Las Vegas Raiders in their first year under Josh McDaniels failed to live up to expectations. While those expectations were lofty, the rapport between Derek Carr and Davante Adams was expected to take over. Instead, Carr is on his way out—the next few months should provide clarity on what the ideal next steps look like moving forward.

We remain months away from April and things will change drastically as all-star events, the NFL Scouting Combine, pro days, and the interview process alter draft boards. But here is an early seven-round mock (including scheme fit) of how the board could fall for Raiders GM Dave Ziegler.

Skoronski has aligned at left tackle for the last three years for the Wildcats, but I fully expect him to make the slide inside due to concerns about his arm length to protect the edge. Could he slot in at right tackle and do a fine job, probably, but adding his physicality within the lungs of the Raiders’ offense looks ideal. His versatility is a plus for a team expected to make a healthy amount of changes.

I love the way Turner plays on the outside, where his comfortability in press-man highlights a player that has smooth feet, quick hips, and a desire to embarrass opposing wideouts. He’d start immediately opposite Nate Hobbs and provide another fresh set of legs on the back end for a Raiders team that has to face Patrick Mahomes and Justin Herbert four times each year.

With experience in the SEC at both right and left tackle, Wright continues to rise on draft boards. He didn’t allow a sack in 507 reps in pass pro this fall, allowed just two pressures the last six weeks combined and remains a talent that deserves more love in this process. He’s a plug-and-play athlete at RT that would present a heck of an amount of value here late on day two.

A 3-tech with nasty intentions, the ceiling for Pickens remains as lofty as any interior defensive lineman in the class. He’s one of the most physical prospects this spring built out of concrete that has no issue in clogging gaps in the run and pushing the pocket on long down and distances. He’d get an opportunity to play heavy snaps from day one and I only expect him to improve as he gets more and more work within the trenches. Eight sacks over the last two seasons within the interior is a tip of the cap toward his ceiling.

A versatile talent that also has pop as a pass rusher (seven sacks in ‘22), Diabate can align at inside linebacker, buzz out to the flats in coverage, and work downhill in the run. A transfer from Florida, he played some of his best ball late in the year and the Raiders are in desperate need of bodies at the second level. Luke Masterson and Darien Butler won’t cut it.

While I expect Patterson to rise in the pre-draft process and go higher on draft weekend, this is another body in the interior for McDaniels to work with. Notre Dame has an excellent history of producing NFL linemen, and Patterson has four seasons of production at left guard and center. He didn’t allow a single sack during his career in South Bend (2,131 snaps in pass pro).

Adams on the outside, Darren Waller flexed out, and Hunter Renfrow in the slot is a nice trio, but I’d want another legit WR2 opposite of Adams to evolve the offense. Mack Hollins has done a nice job, but he’s a UFA, and I’d take Mingo’s skill set at 6-foot-2 every day of the week.

I wouldn’t think twice about taking guys out of the Georgia defense, and Smith, like many of the Bulldogs, can flat-out play. He’d present a heck of an amount of value at safety and immediately become a core special teamer. Late on day three, Las Vegas can’t do much better.

A small-school talent, Ramirez was dominant the last two seasons (20 sacks) showcasing traits that translate to the highest level of the game. For mid-major prospects, you have to dominate in multiple facets at a lower level of the game and Ramirez had no issue ravaging the pocket each and every week. His 19.5 TFLs were a credit to his ability to live in the opposition’s backfield, where his flexible lower half stems his ability to get around the edge. He’s got traits you like for a developmental pass rusher, and working behind a guy like Maxx Crosby would help his progression in making the change to the pro game. 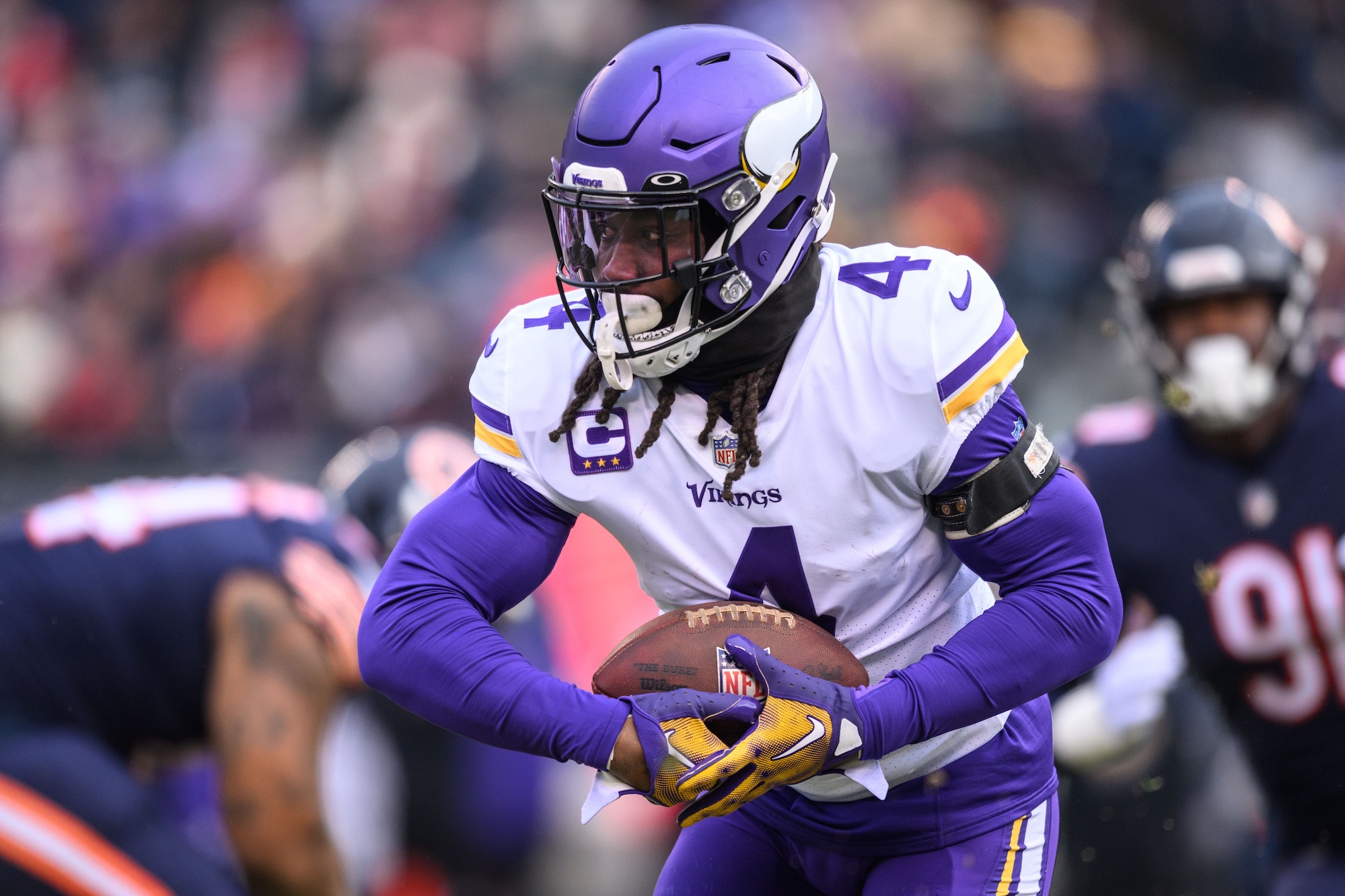