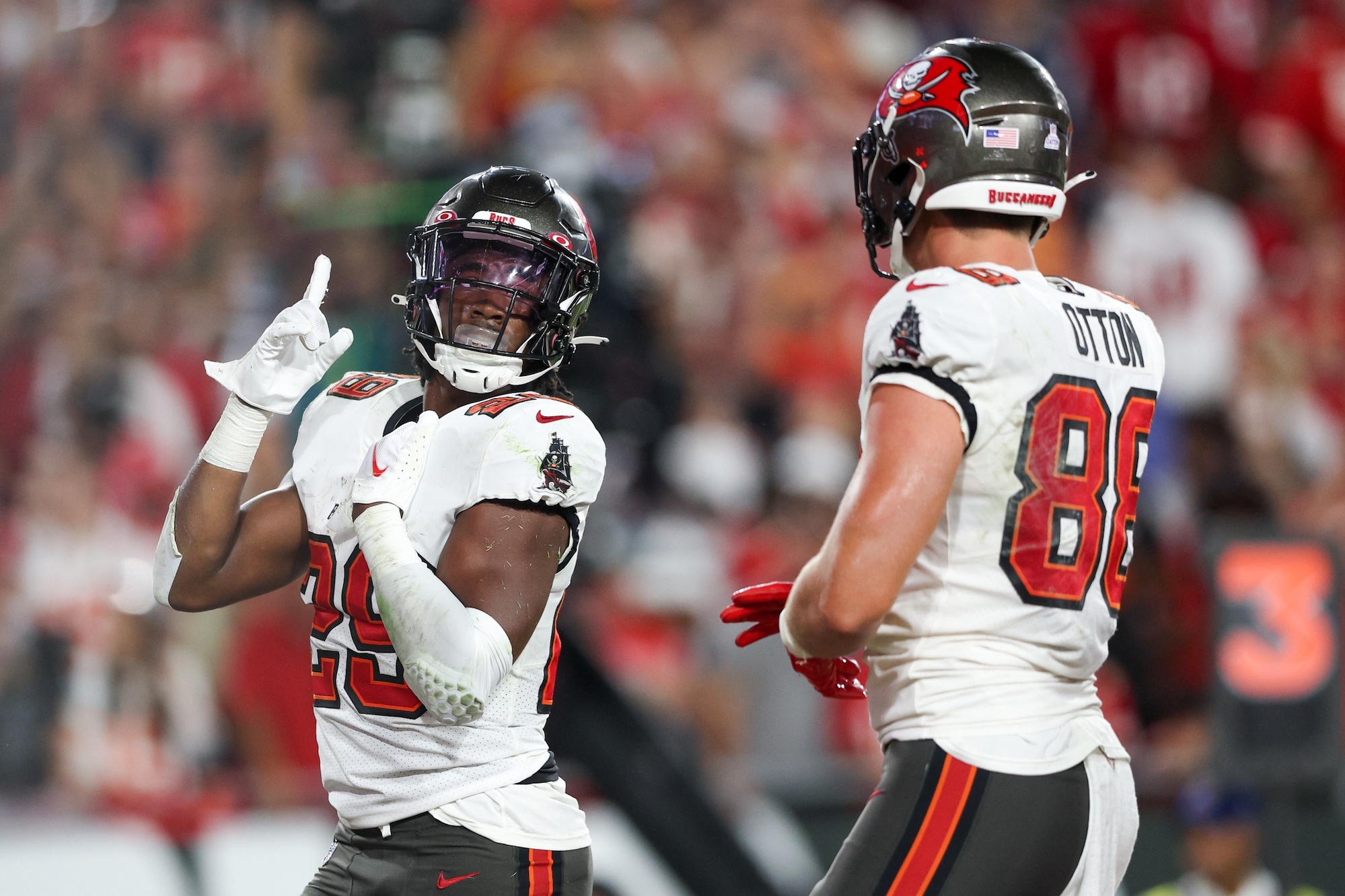 Rachaad White Should Have Bigger Role In Buccaneers’ Offense

Tampa Bay Buccaneers rookie running back Rachaad White is beginning to emerge as an intriguing dual-threat weapon in their backfield. White totaled 34 yards on 11 total touches in Tampa Bay’s thrilling 16-13 victory over the Los Angeles Rams in Week 9. It was an appropriate follow-up to White’s Week 8 performance, in which the former Arizona State product totaled 43 yards while securing all three of his targets in the passing game. White should capture a larger role in the offense moving forward.

The No. 91 overall selection in the 2022 NFL Draft, White’s influence on head coach Todd Bowles and offensive coordinator Byron Leftwich is beginning to grow. White was involved on 35% of Tampa Bay’s offensive snaps against the Rams. His weekly snap count has begun trending toward 40%-plus after playing a career-high 43% of offensive snaps in Week 7. The Buccaneers are realizing that White offers a differing skill set in the backfield.

Meanwhile, starting running back Leonard Fournette is starting to trend around 60% of Tampa Bay’s weekly offensive snaps. White has flashed considerably more juice than Fournette has in critical situations. The gap is beginning to close.

White has been especially productive via the passing game, a clear area the Buccaneers should look to utilize his skill set with more frequency. White is an efficient pass-catcher, securing 20-of-24 targets for 135 receiving yards. He’s been credited with just one drop. White ranks 10th among all eligible running backs (not just rookies) in targets per route run (with minimum qualifiers), per RunTheSims.

“I’m very comfortable playing in the passing game,” Rachaad White told The Draft Network exclusively in April while confirming the Buccaneers were hosting him on a pre-draft visit. “I’ve been a natural hands-catcher my entire life. I’m a playmaker and an athlete in the passing game. I’ve always wanted to help my teams in that area.”

The Buccaneers’ struggles running the football have been well-documented. Leftwich’s rushing attack is averaging a pathetic 60.7 ground yards per contest. They’re the 32nd-ranked unit and the second-worst run offense (Los Angeles Rams) is averaging nearly eight more yards per game (68.4). Tampa Bay’s revamped interior offensive line has failed to generate running lanes with any sort of consistency. Fournette isn’t dynamic enough to create for himself on a snap-by-snap basis (a tough ask nonetheless). Tampa Bay’s rushing attack needs to stop running through Fournette.

A heartwarming JUCO success story, White is a more dynamic back. Affording him opportunities in space removes some of the onus from all parties involved, but especially an underperforming offensive line. It’s one way Leftwich and the Buccaneers’ offense can creatively utilize their personnel while minimizing their shortcomings.

White is no stranger to heavier workloads. The Kansas City, Missouri native accounted for 30.5% of Arizona State’s total offensive yards in 2021. The Buccaneers should feel comfortable putting more responsibility on his plate.

The 4-5 Buccaneers sit atop the unpredictable and disappointing NFC South. Sunday’s come-from-behind victory may serve as a turning point in their uneven campaign. Embracing White’s skill set while increasing his weekly touches could help Tampa Bay make a strong postseason push.