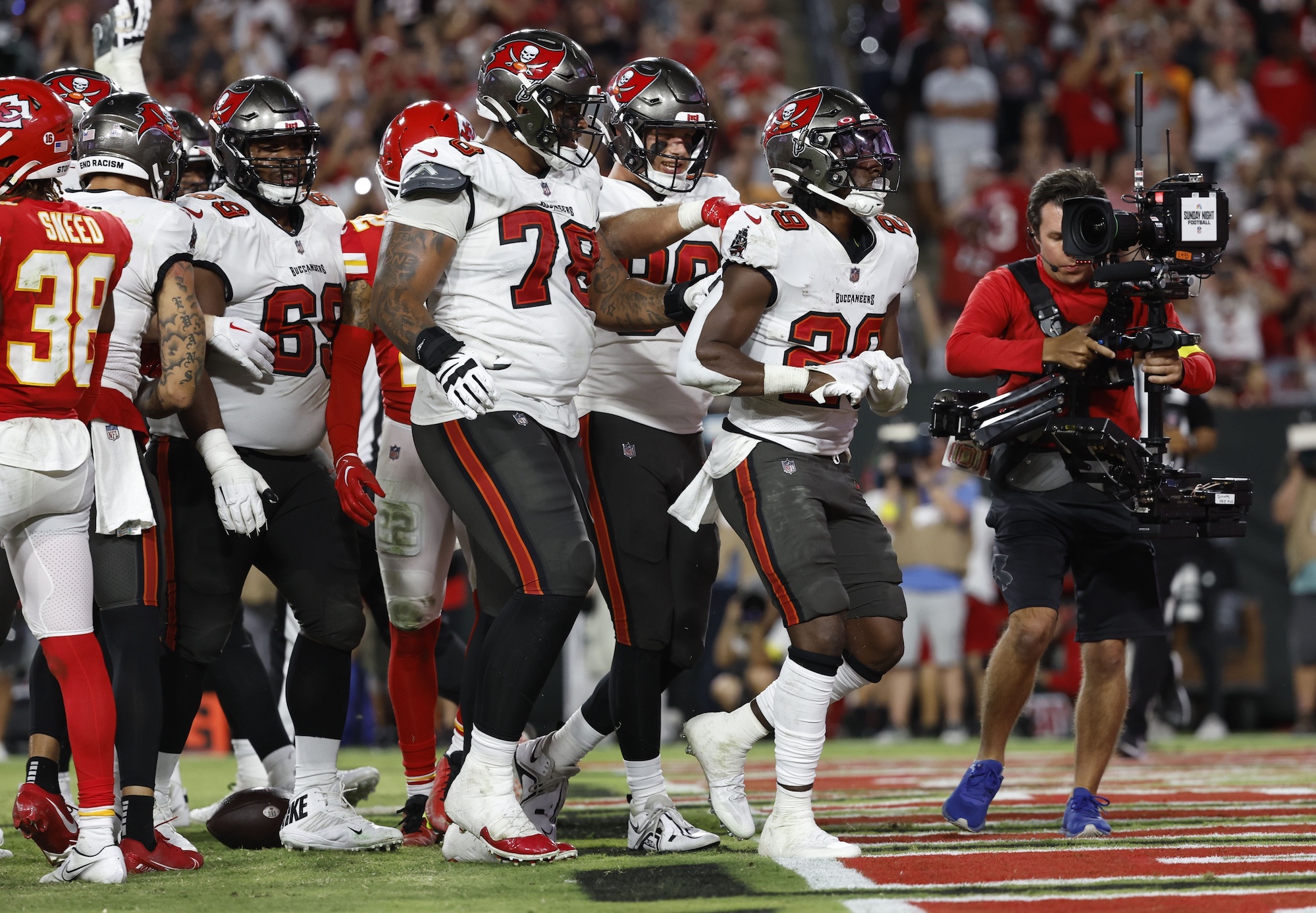 Should Rachaad White Have Bigger Role In Buccaneers’ Offense?

The Tampa Bay Buccaneers were forced to abandon the run in Sunday night’s thrilling 41-31 primetime defeat to the Kansas City Chiefs. The Chiefs jumped out to a 21-3 lead and their No. 1-ranked run defense (65.8 yards per contest) limited the Buccaneers to three net rushing yards. The Buccaneers ended up attempting 52 passes as a result. Buccaneers rookie running back Rachaad White benefited from Tampa Bay’s adjusted game script. White emerged as a quality weapon on offense.

The No. 91 overall selection in the 2022 NFL Draft, White secured all five of his targets for five receptions and 50 receiving yards. Buccaneers offensive coordinator Byron Leftwich showed a willingness to get White involved. It’s worth acknowledging White also lost a fumble on special teams.

The role for White moving forward should be clear. White is capable of serving as Tampa Bay’s main pass-catching back. Starting ball-carrier Leonard Fournette has done an admirable job as a receiver, but Buccaneers general manager Jason Licht has consistently attempted to pair Fournette with a third-down option. Giovani Bernard and Ke’Shawn Vaughn are two examples. White, who recorded 43 receptions for Arizona State in 2021, is easily the most talented option the Buccaneers have rostered at that position in years.

White has been significantly more impactful as a receiver than as a rusher. White has totaled just 21 rushing yards on 11 carries. That’s “good” for an average of 2.1 yards per carry. Tampa Bay’s revamped interior offensive line has struggled to create rushing lanes, with rookie left guard starter Luke Goedeke playing particularly below average.

White isn’t exactly creating for himself, either. White is averaging just 1.18 yards after contract per rushing attempt, via Pro Football Focus. Allowing White to currently focus on pass-catching duties represents his best shot to remain involved and efficient. It also hides some of Tampa Bay’s run-blocking deficiencies.

White isn’t Tampa Bay’s lone struggling back. Fournette is averaging just 3.7 yards per carry and has yet to locate the end zone via the ground game. The Buccaneers own the 31st-ranked run offense with an output of 65.3 rushing yards per contest. Only the Los Angeles Chargers (64.5/game) rank below the Buccaneers. Tampa Bay’s rushing attack may continue struggling given the injuries across their offensive line. It would lead to additional game script opportunities for White like the one we witnessed against the Chiefs.

Fournette remains Tampa Bay’s unquestioned lead back, but the former LSU product is most effective when utilized as a rotational ball-carrier in a multi-back system that also employs a high-level pass catcher. Rachaad White’s coming-out party provides the Buccaneers’ coaching staff with an option to finally capture the all-around backfield they’ve previously failed to form. They’d be wise to seize the opportunity.