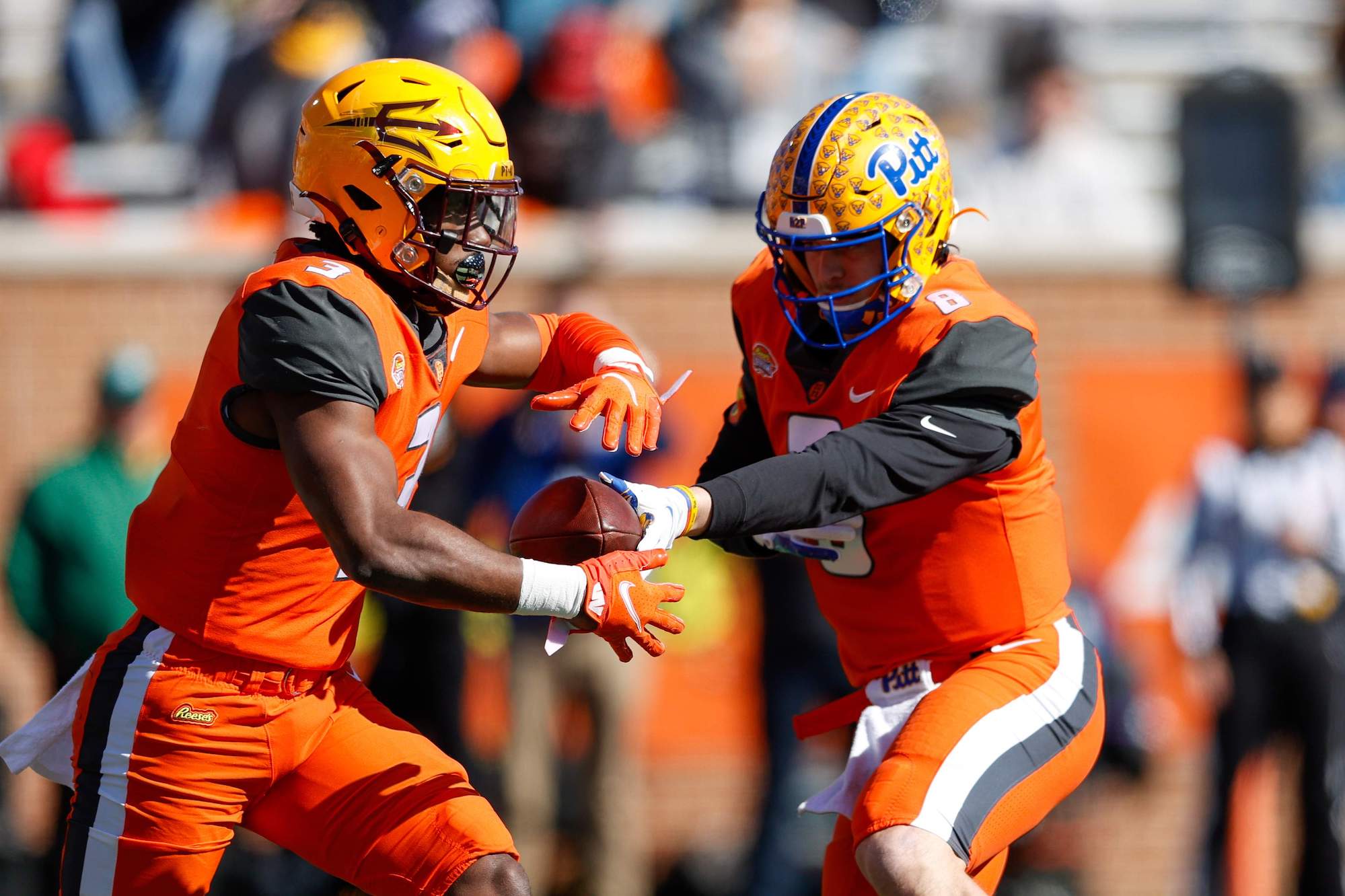 Why Rachaad White Can Be 3-Down RB In NFL

Heading into Senior Bowl week, I surveyed the rosters to gauge my excitement for the running back group. The crop of backs in Mobile were talented and more than capable of making an impact. There were also multiple backs with run/pass versatility, specifically Georgia's James Cook. However, Cook did not participate in Senior Bowl activities, opening the door for someone else to take that crown. The new running back that had my attention was Arizona State’s Rachaad White. Rachaad White had a successful Senior Bowl week and it began with his measurements, coming in at 6-foot-2 and 210 pounds. Getting an in-person closeup, White looks the part of an NFL running back, but the question coming into the week was: Can he fill the role as a three-down running back? As Senior Bowl week progressed, I became a bigger believer in the Sun Devils’ versatile running back. White struggled to reel in targets on the first day of practice, but I chalked it up to first-day jitters. He did show the ability to quickly process defensive leverage as a runner and he ended team sessions with two big runs that showcased his vision and cutting ability. He continued to display his smooth and fluid movement skills throughout the rest of the week’s practices and began to shine in one-on-one receiving drills. Defenders could not get a read on his quickness and shiftiness at the top of his routes. https://twitter.com/DiabeticTyler/status/1488700456826191874 White improved as the week progressed, but he did have his struggles in pass protection drills—he needs improvement in that area to maintain a role on third downs. Despite the fixable issues in pass protection, White still showcased enough potential as a three-down running back in practice. During the Senior Bowl game itself, White led the National Team in rushing with 11 carries for 52 yards, averaging 4.7 YPC. He ran hard downhill, moving the pile with a strong leg drive. He showed his effectiveness in short-yardage situations. When met with resistance, White kept churning his legs to generate enough forward momentum to secure first downs and move the chains. His patience and leverage identification skills were on display at ASU and during Senior Bowl practices. Especially on zone runs, White will identify hard or soft edges and adjust his path based on his read. He showed effectiveness as a downhill runner between the tackles. Once a lane is presented, he will burst through it into the second level, as seen below. https://twitter.com/HamAnalysis/status/1490085926005088258 Needless to say, White proved to be a nice weapon as a receiver out of the backfield while also handling tough running duties downhill. A scheme-versatile back, White proved he is and can be a three-down running back for an NFL offense. If any offensive player made money in Mobile, it was White.