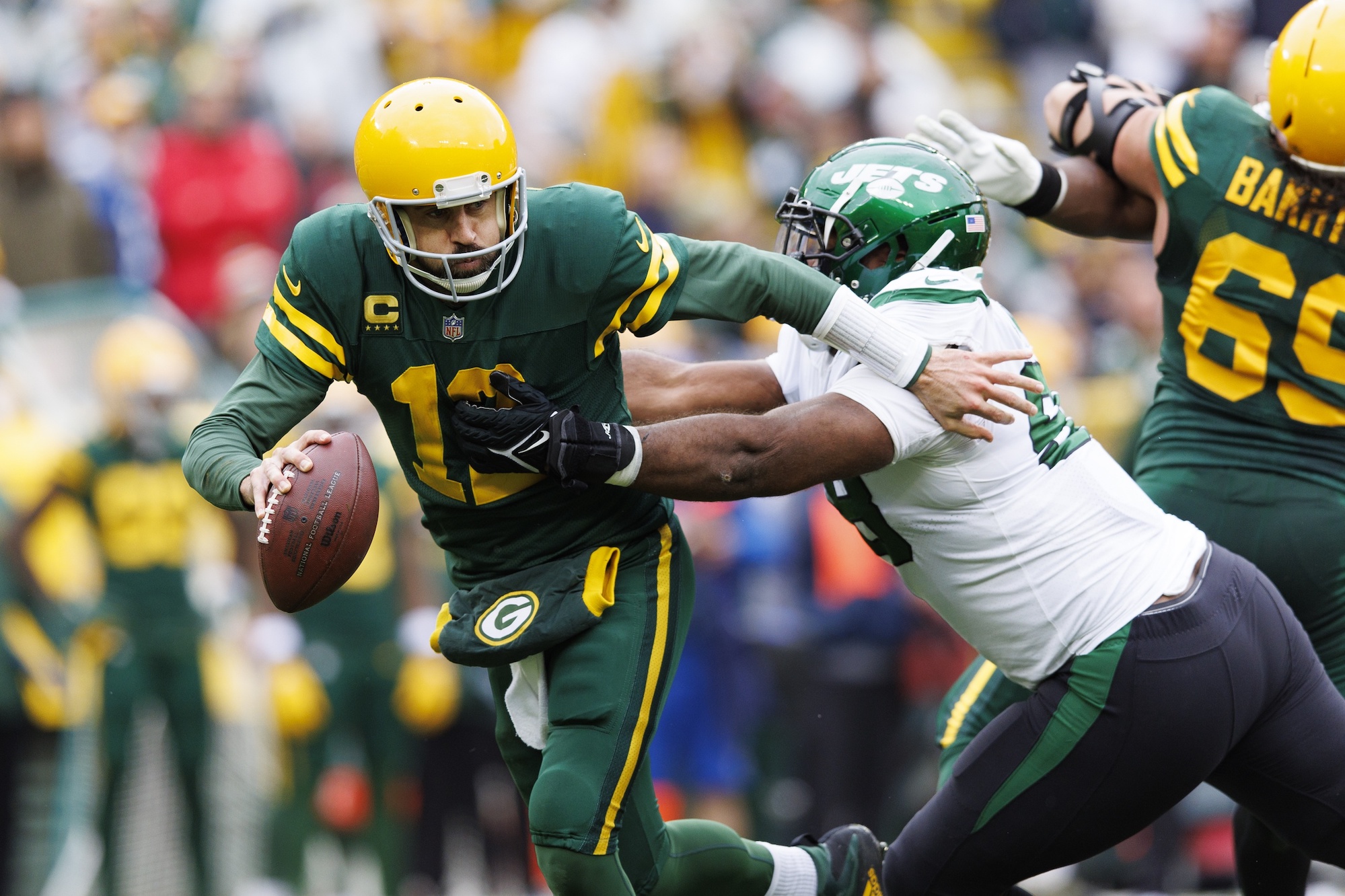 The third overall pick back in 2019, the impact of defensive lineman Quinnen Williams has gone overlooked during his first few seasons with the New York Jets. A monster in the middle whose movement skills and agility are second to none in comparison to athletes his size, his play in year four has showcased a player who has focused on the details—consistently improving in his craft along the defensive interior. His game on Sunday against the Green Bay Packers spotlighted an entirely different animal.

A man amongst boys aligned at 1 and 3-tech, the Packers’ interior had no answer for No. 95 all afternoon long. Williams had five tackles (two TFLs), a season-high two sacks, and a forced fumble—he even showed up on special teams, which we’ll get to later. It was an exhaustive afternoon for left guard Jon Runyan Jr., who was tasked with countering the 6-foot-3, 303-pound Williams for a majority of the afternoon.

A rep that initially looks like it’s Runyan’s to lose, Williams’ ability to find extra juice ultimately overpowers the left guard. While anchoring is often the point where linemen believe they’ve won the leverage battle, Williams quickly sheds Runyan’s left arm, turns him around, and pushes him into the lap of Aaron Rodgers. A rep I’m sure Runyan won’t want to watch back on film, it’s more of a tip of the cap to Williams’ hand counters and brute strength than a knock on the Packers’ lineman—his technique at the point of contact was fundamentally correct.

You want to talk about wreaking havoc in the backfield? Watch Williams (aligned in a four-point stance) fly off the ball here. In a play where Runyan is tasked with sealing Williams’ inside shoulder, the defender’s pursuit strength and vision to identify the play immediately brings the run to a screeching halt.

A quick look away from Williams was a well-executed wide zone run—Green Bay had a hat on a hat to the play side of the formation. And really, had it not been for No. 95, this could have been a nice chunk play for running back Aaron Jones. However, it’s a credit again to the impact Williams is able to make in all facets.

Beating Runyan in pass pro and firing off at 3-tech in the run, Williams is a flat-out burden to block for 60 minutes. However, he wasn’t done yet.

Sacks, TFLs, and a blocked kick to boot, there’s a reason why he was a top-five pick. Special teams is usually an effort thing, and while Quinnen Williams could have very easily taken his foot off the gas and used the play as a breather, these are the plays—the little things—that win football games and a reason why the former Alabama standout has become one of the most dominant interior defenders in the game today.