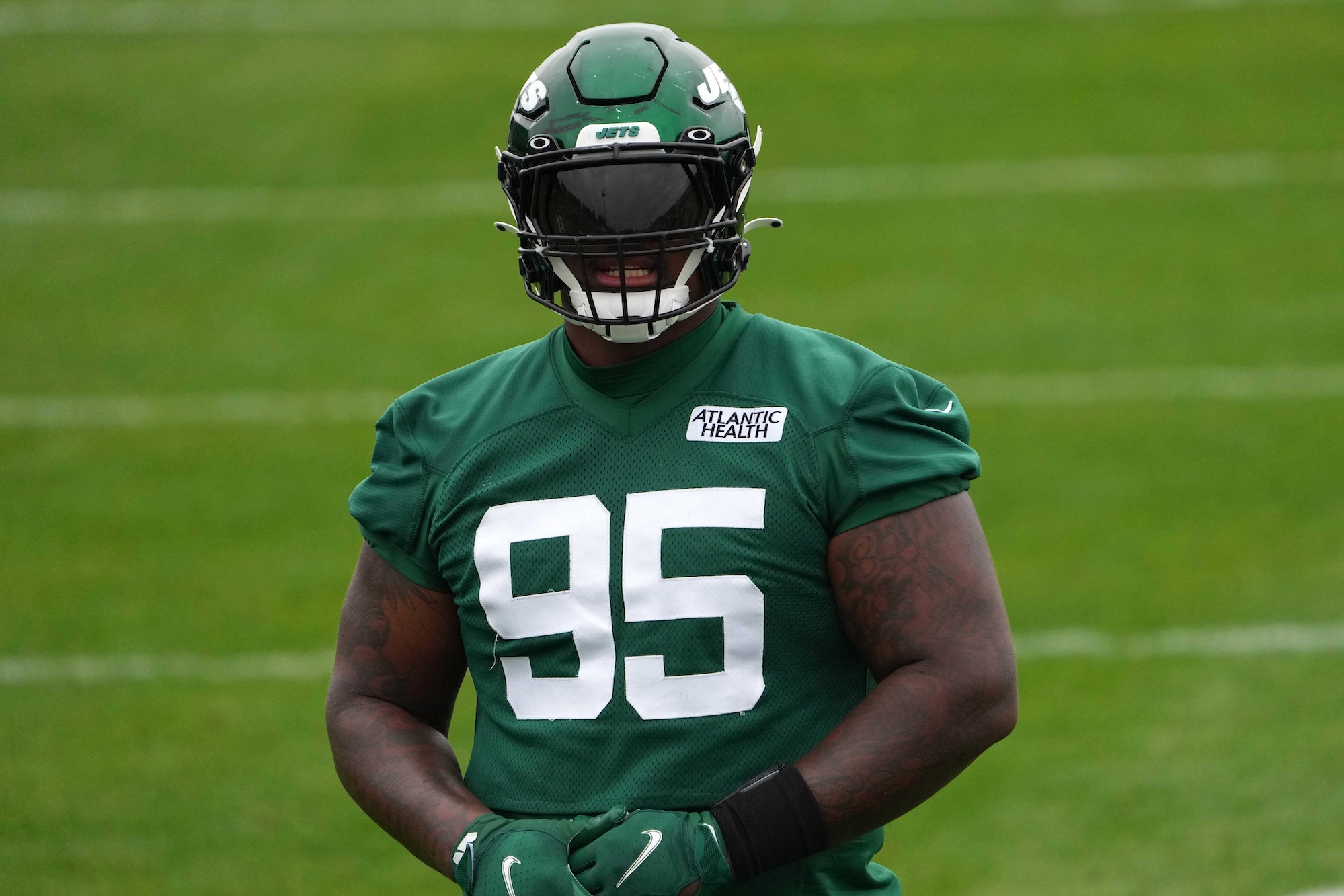 New York Jets defensive tackle Quinnen Williams became eligible to receive a contract extension earlier this offseason. The No. 3 overall selection in the 2019 NFL Draft, Williams is entering the fourth season of his original rookie contract. Jets General Manager Joe Douglas has already exercised Williams’ fifth-year option, keeping him under contract with the club through the 2023 campaign. Williams is scheduled to earn a fully-guaranteed $9.594 million in 2023. It represents a bargain for the Jets given Williams’ impact across the previous two campaigns. To Williams’ credit, he isn’t serving as a distraction at Jets’ training camp while pushing for the lucrative extension his play warrants.

Williams’ focus is on football, but Douglas and the Jets have certainly begun mapping out what a contract extension for Williams could potentially look like. Williams was outstanding last season, totaling 53 tackles, 34 quarterback pressures, and 6.0 sacks. It was an appropriate follow-up to a 2020 campaign that saw Williams record career-highs in tackles (55), pressures (39), and sacks (7.0). Williams has been one of few bright spots on a Jets defense that’s struggled lately. Another consistent campaign in 2022 would help Williams earn even more negotiating power.

As both parties continue thinking about an impending extension in the background, a four-year deal worth $78 million ($19.5 million annually) with $40 million in guarantees would represent a fair agreement. Williams’ representation is likely eyeing the four-year, $72 million deal ($18 million annually) signed by Washington Commanders defensive tackle Jonathan Allen last offseason. Williams is significantly younger than Allen (three years) and their production levels have been fairly similar over the previous two seasons. An entire year has gone by since Allen signed his deal and the salary cap has gone up as well. Williams will aim to further reset the market. Such an extension would make Williams one of the five highest-paid defensive tackles in the league currently, falling behind Aaron Donald, DeForest Buckner, and Chris Jones.

The Jets are welcoming several new faces on the defensive side of the ball this season. The drafting of Ahmad “Sauce” Gardner paired with the signing of D.J. Reed gives head coach Robert Saleh a new duo at cornerback. The secondary received further attention by signing free-agent safety Jordan Whitehead. Any form of continuity the Jets can capture defensively will help with the incoming transitions. Williams is the leader and young star of this unit. Ensuring he remains a Jet well beyond 2023 should be a priority for Douglas and Saleh.

The Jets are entering a crucial campaign following an aggressive offseason that delivered big-time acquisitions via both free agency and the 2022 NFL Draft. The franchise remains in transition, but the presence of Zach Wilson at quarterback delivers hope for tomorrow. Douglas has constructed a roster that’s capable of taking a giant step forward in the new-look AFC East. Williams is a high-level interior defensive lineman that should be viewed as a key building block for the Jets’ promising future. The Jets would be wise to engage in contract discussions with Williams sooner rather than later.