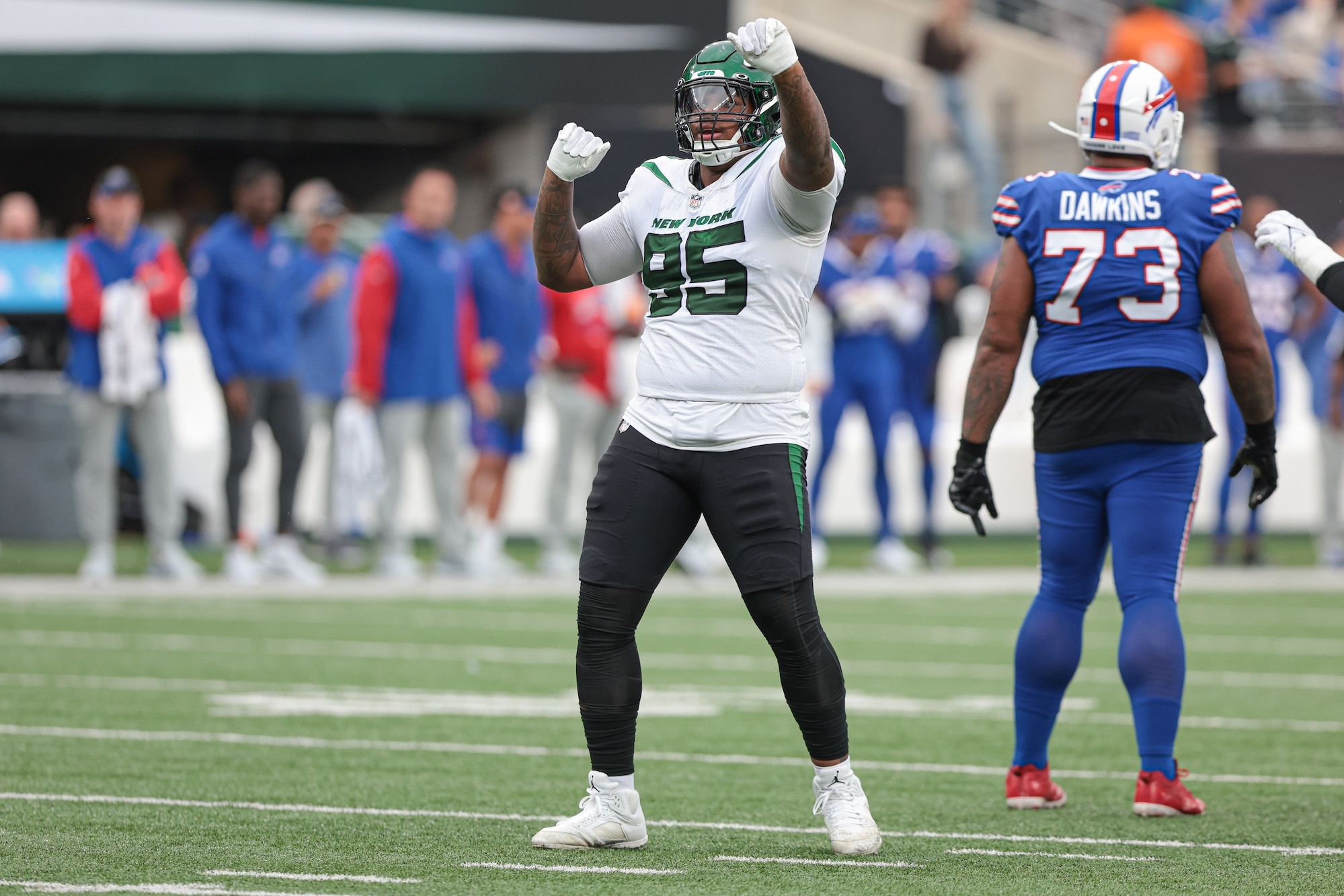 How Much Should Jets Pay Quinnen Williams?

New York Jets defensive tackle Quinnen Williams intends to skip the voluntary portion of the offseason if he doesn’t have a contract extension in place by then.

“I want to be compensated for what I am,” Quinnen Williams said during his end-of-season press conference.

Williams is due for a sizable raise in pay. He is currently scheduled to play on the fifth-year option in 2023. Jets general manager Joe Douglas previously exercised the option, which would pay Williams a fully-guaranteed sum of $9.584 million in 2023, per Spotrac. Williams rightfully prefers to sign a lucrative extension this offseason instead.

Williams is almost certainly targeting Chris Jones or DeForest Buckner money. Jones signed a four-year extension worth $80 million ($20 million annually) with the Chiefs in 2020. Buckner signed a four-year extension with the Colts worth $84 million ($21 million annually) that same calendar year. Jones and Buckner remain the second and third highest-paid defensive tackles both from a total value and annual perspective despite signing their deals approximately three years ago.

The salary cap has jumped significantly since Jones and Buckner signed on the dotted line, and the market is always resetting itself. The Jets and Williams could settle on a four-year extension worth $92 million ($23 million annually). Williams’ next deal should contain more than $40 million in guarantees, surpassing the $37 and $39 million in guarantees Jones and Buckner received respectively. Under such a proposal, Williams’ existing deal would remain intact—meaning the Jets would be committing to Williams through the next five seasons.

Los Angeles Rams superstar defensive tackle Aaron Donald is the highest-paid defensive tackle in the league. Donald renegotiated an existing contract to the tune of three years, $95 million, becoming the first non-quarterback to earn $30-plus million annually. Donald is widely considered the greatest defender of all time and is in a tier of his own, however. Williams should slot in behind Donald as the second-highest-paid interior defender in the league.

The four-year, $72 million extension ($18 million annually) signed by Washington Commanders defensive tackle Jonathan Allen last offseason also serves as a reference point. Williams is significantly younger than Allen is (three years) however, and is arguably coming off a career-best season. That should easily tack on a few million annually to Williams’ deal.

Williams is in a prime position to negotiate an extension. He recorded career highs in sacks (12.0), pressures (52), quarterback hits (28), and tackles for loss (12) this season. He matched his previous career-highs in total tackles (55) and forced fumbles (2). Williams also set a new personal best in pass breakups (4).

Williams has established himself as one of the league’s premier interior defensive linemen. Expectations will be heightened in 2023 for a Jets franchise that contended for a postseason spot in 2022. Williams must be a part of the Jets’ nucleus moving forward.