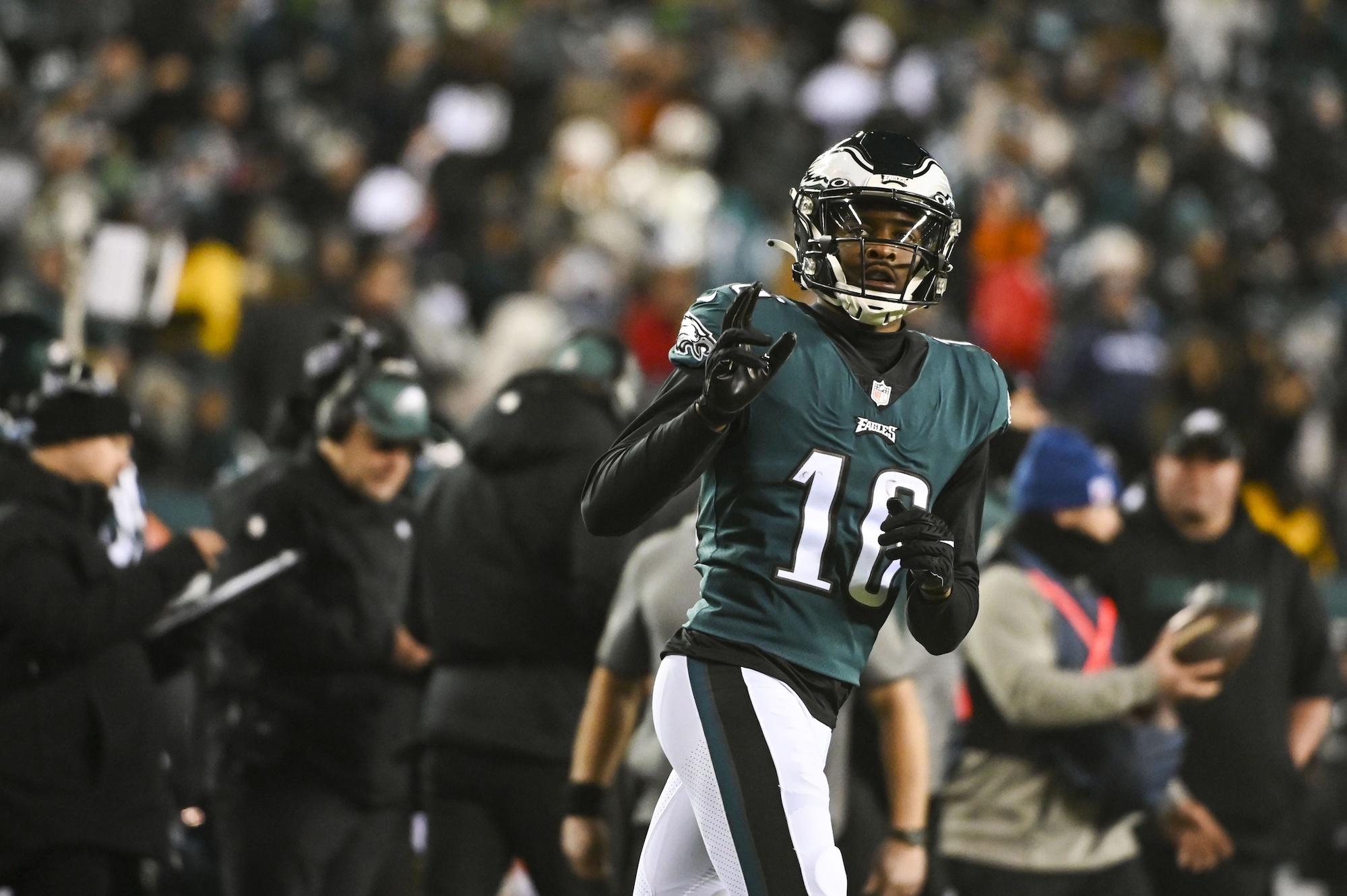 Why Quez Watkins Will Be Vital Piece of Eagles’ Offense

While the additions of 2021 first-round draft pick DeVonta Smith and draft-day trade acquisition A.J. Brown has the Philadelphia Eagles on cloud nine as we enter the summer, a look into their increasing depth on the perimeter has presented Jalen Hurts with a deep arsenal of pass-catchers in what has progressed into a make-or-break campaign for the young signal-caller. While the aforementioned names deserve all the praise they get, let’s not forget about the importance of wide receiver Quez Watkins within Philadelphia’s pass-catching corps as we approach training camp.

While it’s easy to gawk at the prestige of Smith and Brown, and the in-line prowess of Dallas Goedert, Watkins remains a major contributor within an offense that will present him with a ton of one-on-one opportunities to contribute this season.

Following a rookie campaign in which Watkins spent more time in street clothes than in uniform, in 2021 he looked like a player that deserved a substantial workload in Shane Steichen’s offense, totaling 647 yards on 43 receptions. While Brown inserts right away as the WR1a to Smith’s WR1b, Watkins is a legit depth option that proved time and time again last fall he can not only compete against the top corners but also succeed within a variety of different concepts.

Great job by Hurts to keep the play alive and even better job by Quez to make this catch while drawing holding and DPI. Quez > Reagor pic.twitter.com/xD1FwlKReI

With primary work coming out of the slot last fall, in which Watkins totaled the seventh-most routes run from the inside alignment, his build and skill set—to a point—offer distinct similarities to that of Smith. Long, lanky, outstanding long speed to lift the roof off a secondary, Watkins is much more than a good story as a late-day-three draft pick—he’s impactful and can flat out get after it. While questions remain as to why he remained behind the likes of John Hightower and Greg Ward in his rookie season with an obvious skill set apparent, he’s trumped the likes of former Eagles first-rounder Jalen Reagor. Reports out of offseason workouts have seen Watkins slot as the third wideout in base 11 personnel.

While years of searching for substantial production at the wideout spot has been a dark cloud hovering over Eagles General Manager Howie Roseman for some time, Philadelphia has seemingly figured it out as we head into Week 1 in the coming months. The past names of Alshon Jeffery and DeSean Jackson are gone, but with the aforementioned names in Smith and Brown that will holster eyes from week to week, the continued improvement of Quez Watkins will not only make things easier Hurts but will allow the Eagles to jigsaw one of the most well-rounded pass-catching units football has to offer.