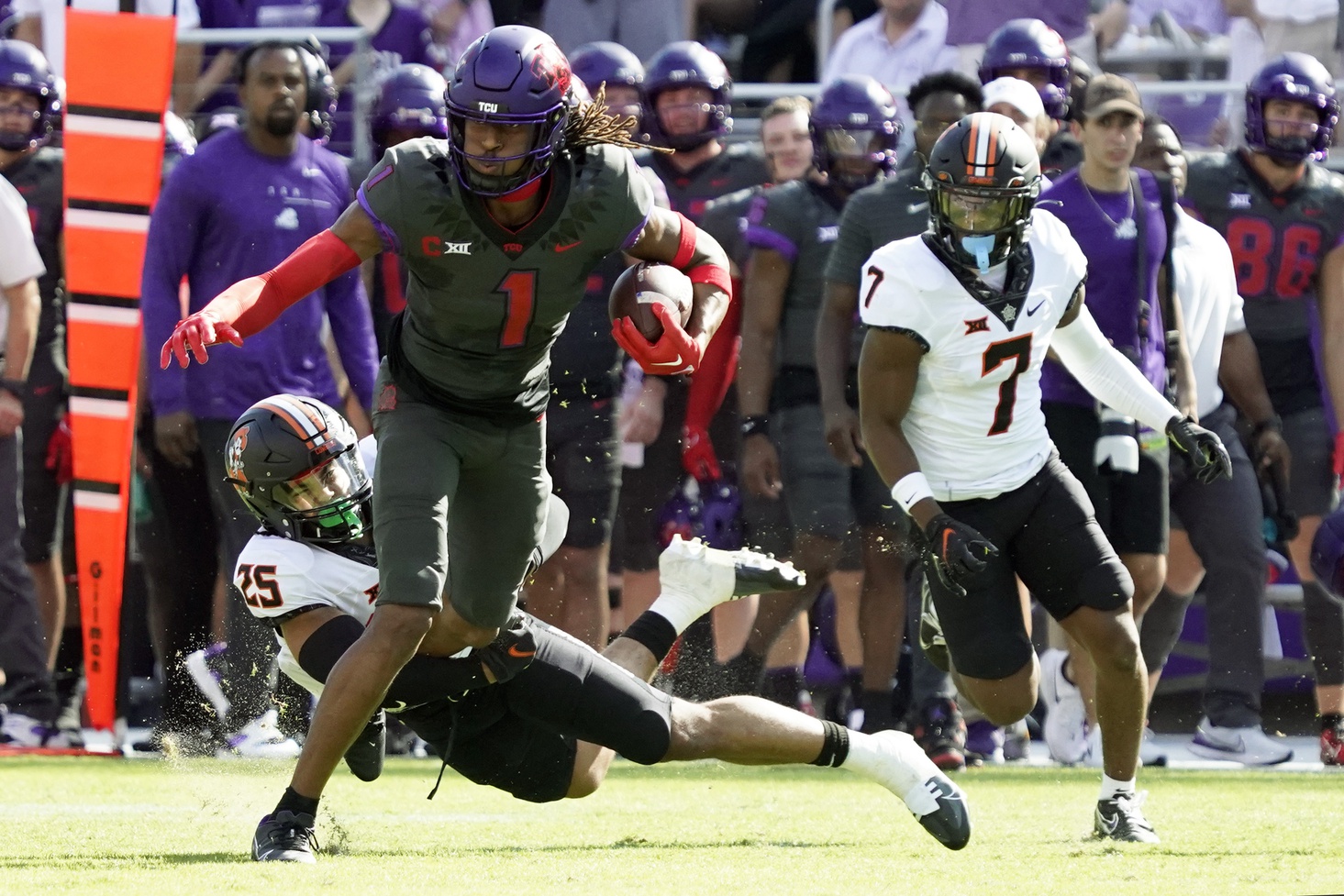 One of the most interesting case studies this fall, the evaluation of TCU wideout Quentin Johnston has preached one thing: patience. A decorated pass-catcher whose physical profile and elite aerial ability have anointed him as a potential day-one prospect, the last two weeks have been everything we’ve hoped to see out of the 6-foot-4 talent within a high-octane TCU offense.

Led by quarterback Max Duggan, the Horned Frogs’ offense has been one of the country’s most productive units in 2022. And the crazy thing about it is Johnston has been uninvolved outside of the last two games. While the entire group will only get better and better as the rapport increases between Duggan and his pass-catchers, the mystery of Johnston’s lack of production has become a head-scratcher for many.

While the box score early on told a sad story of his involvement in the game plan, analytics and target share said something different—one that foreshadowed his outstanding last tandem of games. Targeted on roughly 25% of his routes run early this year, the types of routes in which he ran initially painted a much different picture than in years past.

Johnston was a gadget weapon early on. While that’s not to say it was wrong of offensive coordinator Garrett Riley to limit his skill set—they are in fact 6-0—the attention he garnered from opposing defenses allowed the likes of Taye Barber and senior Derius Davis to work into the space he creates by carrying defenders out of zones. But now, it’s been Johnston’s show—and it was only a matter of when and not if he’d round into the physically overpowering prospect he’s been against Kansas and Oklahoma State.

Following the first four games of the season that saw the Temple, TX native total 12 catches combined, he’s exploded to the tune of 14 catches for 206 yards and a score against the Jayhawks, and eight receptions for 180 yards and a trip to paydirt against a top-10-ranked Oklahoma State defense. His ascension like a phoenix out of the ashes brings the lens in from a wide scope toward player performance.

As much as production is about scheme fit, it’s also about patience and allowing players a leash to reach a performance ceiling. At the NFL level, the slack on the leash is diminished significantly, but as we sit here in mid-October and player profiles here at TDN begin to finalize, the arc on Johnston’s production—while overdue—has been exciting to see for the now No. 8-ranked Horned Frogs.

While USC’s Jordan Addison looked like the only tier-one wideout to produce through the first quarter of the season, as the campaign wears on and TCU potentially steamrolls their way to a Big 12 title, the onus will remain on Quentin Johnston to bolster the passing attack. One of the most physically gifted prospects in the entire 2023 class, he’s begun to provide answers to questions surrounding his game and is boosting his draft stock while doing it.