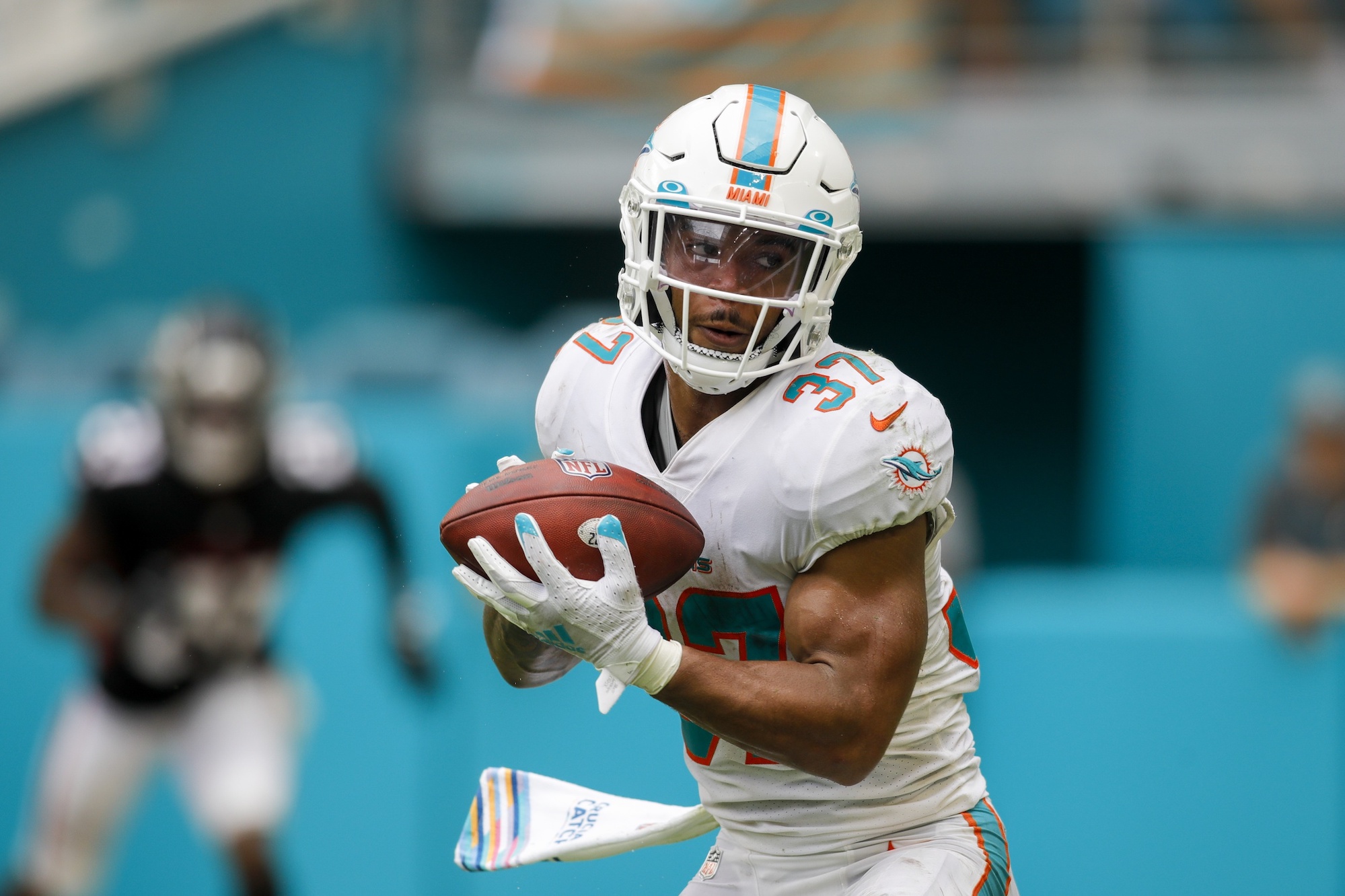 The Pittsburgh Steelers could reportedly consider signing a veteran running back to compete during training camp and the preseason. New Steelers General Manager Omar Khan may search for a more adequate backup for sophomore-to-be Najee Harris.

Harris is expected to be one of the most productive ball carriers in the league in 2022, but the role players behind him leave plenty to be desired. A fourth-round pick out of Kentucky in the 2019 NFL Draft, Benny Snell Jr. is entering a contract year and has averaged just 3.5 yards per carry in Pittsburgh. Anthony McFarland Jr. was selected in the fourth round just one year after Snell but has similarly failed to prove himself at the next level.

It’s understandable why head coach Mike Tomlin may prefer to enter training camp with more reliable depth behind his budding superstar. Training camp and three preseason contests will present Snell and McFarland with last-ditch opportunities to prove they deserve to make Pittsburgh’s initial 53-man roster. Both Snell and McFarland may face competition from a veteran addition, however.

The Athletic’s Mark Kaboly was behind the original report. Kaboly suggested the Steelers may target Latavius Murray. It’s easy to understand why the Steelers could travel down that path. The Steelers are extremely familiar with Murray, who helped spearhead a timeshare in Baltimore’s backfield last season following injuries to their preferred starters. Murray averaged a respectable 4.2 yards per carry on 119 attempts (501 rushing yards). Murray’s best game of the season came against the Steelers when he rounded off a season-high 150 yards and a touchdown in a Week 18 loss.

The 32-year-old Murray remains one of the most highly accomplished ball carriers on the open market. A 1,000-yard rusher, the always reliable Murray hasn’t averaged less than 4.1 yards per carry since a single outlier season in 2017. Signing Murray to a one-year contract would potentially cost the Steelers less than $1 million. Murray would add much-needed stability behind Harris.

Myles Gaskin is still technically a member of the Miami Dolphins, but it’s difficult to envision that still being the case once September marks its merciless arrival. Dolphins General Manager Chris Grier signaled his dissatisfaction with Miami’s rushing attack this offseason by acquiring not one, not two, but three running backs via free agency. Incoming head coach Mike McDaniel is expected to craft a reworked rushing attack and he now has Chase Edmonds, Raheem Mostert, and Sony Michel at his disposal. There’s no room for Gaskin, who the Dolphins can release while incurring little to no financial penalty.

Gaskin enjoyed some success with the Dolphins in 2020, but McDaniel is a bit of a run-game expert after previously serving as Kyle Shanahan’s run game coordinator (2017-20) and offensive coordinator (2021) in San Francisco. Gaskin took a step backward last season, averaging 3.5 yards per carry behind Miami’s struggling offensive line. Gaskin also struggled in pass protection. Still just 25 years of age, Gaskin will be considered an intriguing reclamation project should (when) he reach the open market.

The Steelers front office could target a backup running back that shares traits in common with Harris. That could mean securing the services of a running back that can run routes and catch passes coming out of the backfield. The dual-threat Harris recorded 74 receptions for 467 yards and three touchdowns as a rookie while playing a crucial role in Pittsburgh’s struggling passing offense.

Should Harris suffer an injury, or need to be spelled due to heavy workloads, the Steelers could prefer to fill his void with a player like David Johnson. Johnson has totaled an impressive 273 receptions throughout his seven-year career.

The 30-year-old Johnson amassed 453 total yards of offense in 2021 (225 as a receiver and 228 as a ball-carrier) as a member of the Houston Texans. Johnson has expressed interest in continuing his professional career in 2022. The former third-round selection out of Northern Iowa recently met with the New Orleans Saints, but the two sides were unable to reach an agreement on a contract. Johnson has unfortunately struggled to stay healthy in recent years, but playing in a reserve role behind Harris could represent a situation that best suits him going forward.