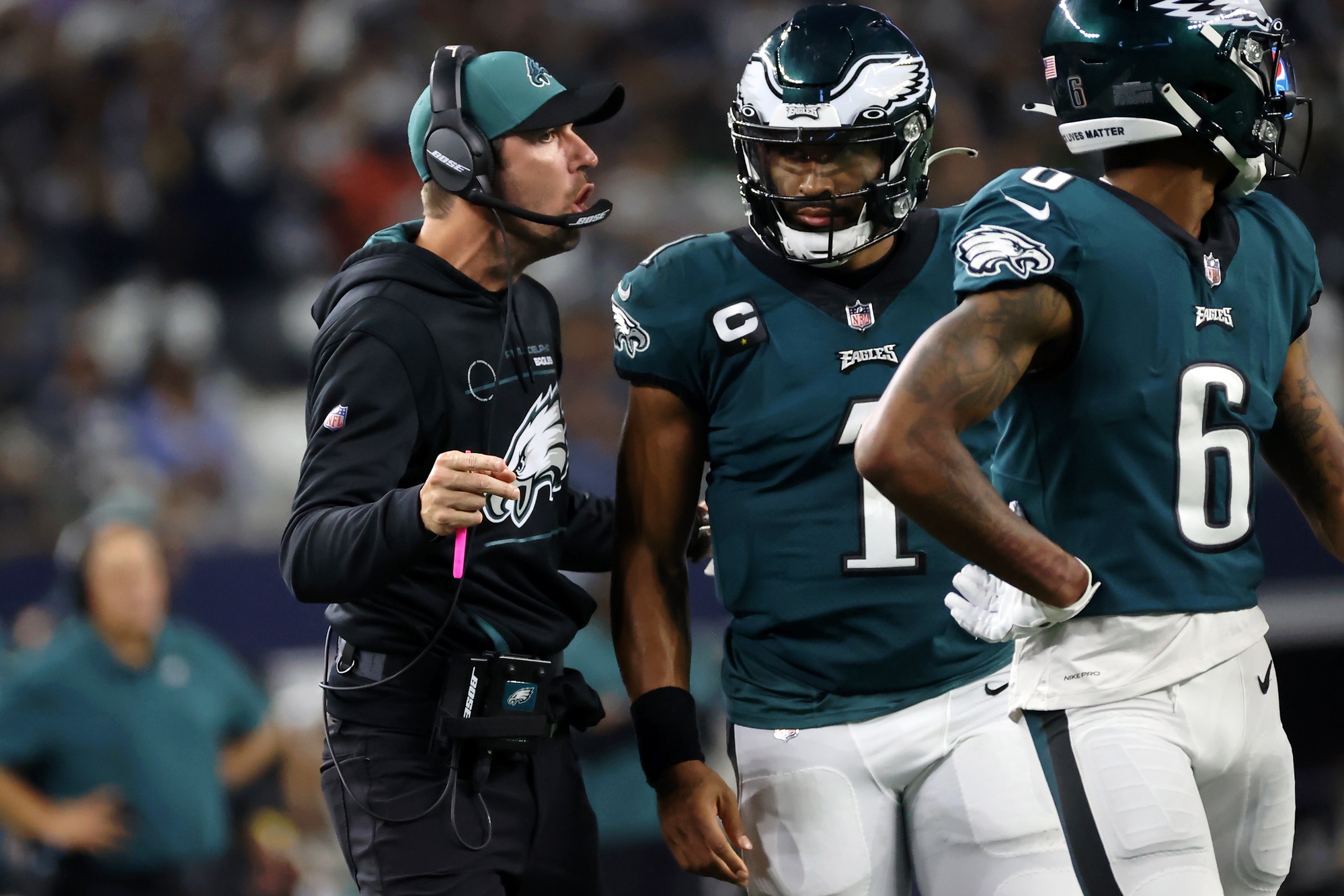 What Will Make 2022 Season A Success For Eagles?

Following a 9-8 campaign in Nick Sirianni’s debut season, expectations in 2022 have entered warp speed as we approach training camp for the Philadelphia Eagles. In a year in which talent has been added in waves from seemingly the final snap in the Eagles’ wild-card loss to the Tampa Bay Buccaneers, anything but a division crown and second straight playoff appearance could be considered a disappointment this year.

With a roster littered with youth-infused talent and impactful veterans, Eagles General Manager Howie Roseman deserves a tip of the cap. It wasn’t long ago the Eagles were 7-9 in back-to-back seasons prior to their Super Bowl run in 2017. While the core of that magical run is now gone, an influx of premier talent on the perimeter, within the trenches, and in the secondary has placed Philadelphia firmly in the conversation as one of the teams to watch in the NFC this season.

However, all is for naught if quarterback Jalen Hurts fails to take a massive step this fall and assert himself as the long-term answer under center.

In leading the Eagles to the postseason, Hurts showed flashes in an abundance of areas. His pocket presence improved while his escapability and knack for the spectacular shined outside the tackle box. A dual-threat talent whose improvement under structure remains the elephant in the room for the Eagles, his projection within Shane Stechein’s offense is extremely intriguing, especially considering the addition of wideout A.J. Brown. While a slip-up from Hurts could keep Philadelphia outside of the playoffs, it isn’t the end of the world. Rather, it has allowed both Roseman to kick his feet up in a prove-it year for his quarterback, knowing he has given Hurts every chance to succeed.

For Hurts and the Eagles, an ultimatum has been established. A successful campaign with improvement in multiple facets should earn him the full-time gig for years to come. However, if the lapses in play we’ve seen during his 19 career starts increase, Hurts may find himself becoming the scapegoat as to why Philadelphia finds itself near the bottom of the division. With two first-round selections next spring, Roseman has plenty of ammo next spring to make a move and grab a player like Bryce Young (Alabama) or C.J. Stroud (Ohio State)—two talents expected to challenge for the top overall selection this time next year.

It’s up to Hurts. Succeed, and the Eagles find themselves in a great spot to build around the dual-threat talent for the next handful of years. Falter, and Roseman takes the keys away to add a fresh arm next year. It’s a harsh reality leading up to just Hurts’ second full season in charge, but the oft-criticized Roseman has placed the Eagles in an opportune spot within a wide-open NFC East with a defense as intimidating as any in the conference.

After selecting Georgia’s Jordan Davis in the first round, Philadelphia has puzzled together a front four as powerful and deep as any in the league. Davis, a massive man in the middle, has welcomed a case of pick your poison of who you want to leave in a one-on-one matchup when facing the Eagles this fall.

While the anchor of a historic Georgia defense last year won’t generate a ton of pressures in the passing game, his size alone makes him a gap-clogger and tackle-for-loss monster along the guts of a high-octane, veteran front. As his body continues to develop and he gets stronger and quicker, Davis’ performance ceiling is uncapped working within a front four rotation of Fletcher Cox, Javon Hargrave, Haason Reddick, Milton Williams, Brandon Graham, Josh Sweat, and Derek Barnett.

Then you look upward and toward the secondary, where 2021 Pro Bowler Darius Slay and newly signed corner James Bradberry make up a dynamic starting outside tandem. The two units will work in unison. With improved coverage on the backend, it will allow the front seven extra time to get after the quarterback. The aforementioned names pinning their ears back will allow Bradberry and Slay to make plays on the football, create takeaways, and give increased opportunities for the Hurts-led offense.

With a roster primed for success this year, the Eagles’ focus remains on an NFC East title and a playoff berth. Nothing less. While the longevity of their season ultimately remains on the shoulders of Hurts and his continued improvement, a deep roster on both sides of the football should allow Philadelphia to compete for a spot near the top of the conference.