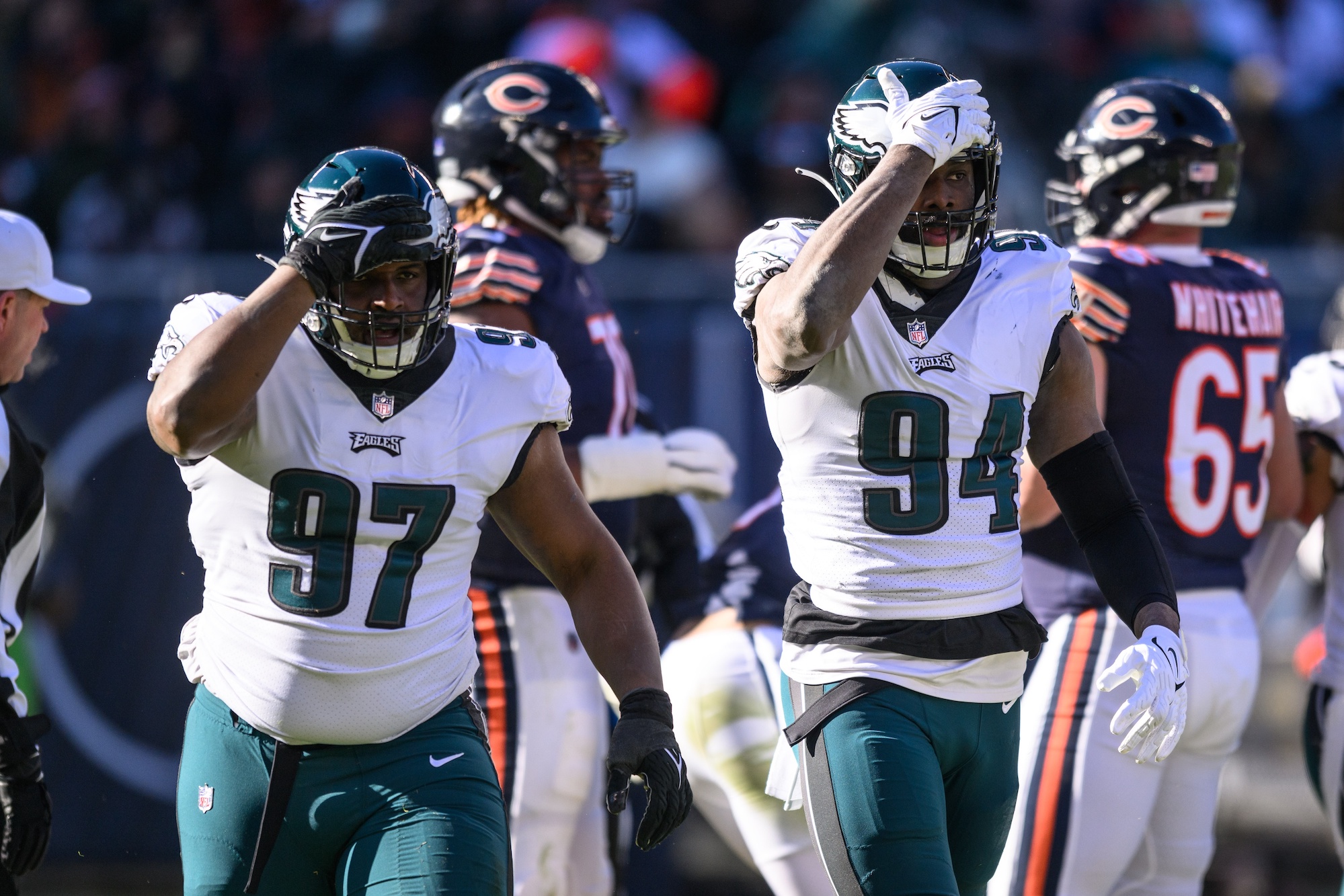 Eagles’ Pass Rush Can Take Them To Super Bowl

There isn’t a team in the NFL this year that wins when they rush the passer quite like the Philadelphia Eagles.

For most of this season, it’s been the Eagles’ offense getting so much of the credit—which they deserve! Quarterback Jalen Hurts is playing like an MVP candidate, wide receivers A.J. Brown and DeVonta Smith are two of the best in the league, and running back Miles Sanders is playing like a true Pro Bowler. Thanks to their efforts, Philadelphia is the second-highest scoring offense in the NFL this year and is third in total offensive yards through Week 15. But don’t sleep on how big the defense, and especially their pass-rush attack, has been in pushing them to their 13-1 record.

As great as the offense has been, their defense has been right up there with the best of the best this season. The Eagles have allowed the second-fewest yards of total offense so far this season, including a league-leading 172.4 passing yards per game allowed—a full 13 yards per game fewer than the next-best team. Along with their fantastic secondary that includes safety C.J. Gardner-Johnson, who leads the league with six interceptions, Philadelphia also has an incredibly stout defensive front. Edge rushers Haason Reddick, Josh Sweat, and Brandon Graham and interior defenders Javon Hargrave and Fletcher Cox. have combined their forces to lead the league in pass rush win rate, winning 53% of the time.

The result, as one might expect, has been a lot of sacks. Those five guys have combined for 46 sacks already this year with Reddick, a free agent addition this year, leading the charge with 12, matching a career high. Against the Chicago Bears and their elusive, agile quarterback Justin Fields, the Eagles showed just how dangerous their pass rush is, regardless of the opponent. They sacked Fields six times—making it three straight games in which they’ve had at least that many—en route to a 25-20 win.

Haason Reddick legit might've had 4+ sacks had it not been for the crazy athletic ability of Justin Fields…#Eagles pic.twitter.com/WopdSb9p80

Thanks in part to that big performance over the Bears and 19 total sacks over the last three games, the Eagles now have four players—Reddick (12 sacks), Hargrave (10), Sweat (9.5), and Graham (8.5)—that either already have double-digit sacks or are within striking distance of getting there. If Sweat and Graham get there, this year’s Eagles team will be the first in NFL history to have four different players with at least 10 sacks in a single season. With that distinction, it would be hard to argue that the group doesn’t rank among the best defensive fronts of all time.

Obviously, sacks aren’t the only important statistic for a defensive front, but they do mean something. A sack can take the wind out of an offense that’s starting to find its momentum. Six or more of them in one game? That’s more than enough to shut down an opponent’s passing attack, as we have seen over the last three weeks.

This iteration of Philadelphia’s pass rush is more than enough to keep them in control of games even if the offense sputters. Sunday’s game against the Bears proved that, as one of Hurts’ “worst” performances of the year (yes, that’s how good he’s been) still came out a win. As the Eagles move forward with a dominant offense and potentially one of the best pass-rush units of all time, they look built for a deep playoff run and are clear Super Bowl contenders.