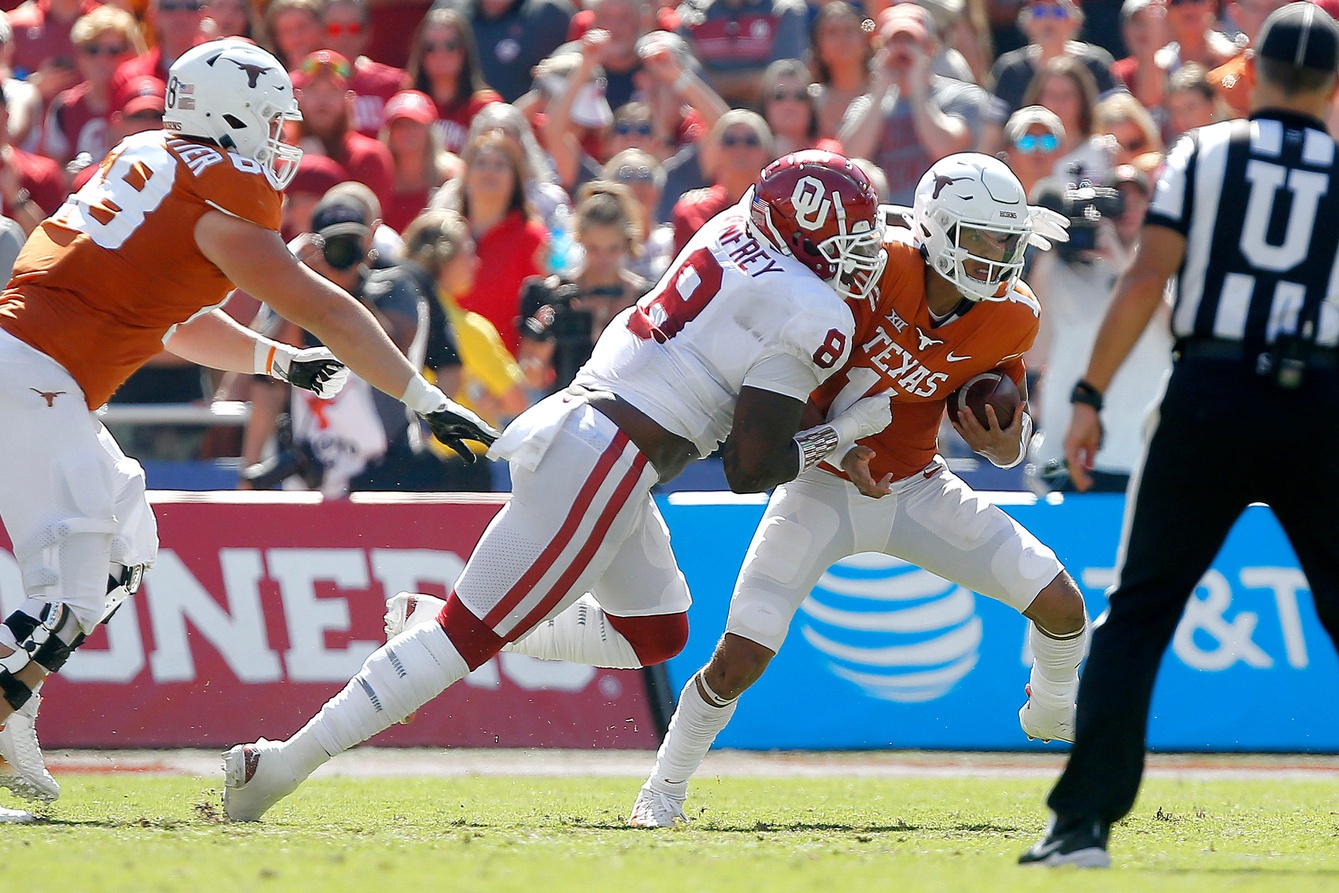 It’s Only Up From Here For Perrion Winfrey

Defensive lineman Perrion Winfrey has just two years at Oklahoma on his resume, after spending his first two years at Iowa Western Community College. He made a pretty seamless transition in his junior season at Oklahoma, playing in all 11 games and earning a starting spot, tallying 17 tackles, 5.5 of which were for loss, and a half-sack. After briefly contemplating entering the 2021 NFL Draft, Winfrey elected to stay at Oklahoma for one more year and leveled up, this time starting all 11 games and recording 23 tackles, 11 of which were for loss, and taking down opposing quarterbacks 5.5 times.

Winfrey continued that momentum until the very last moment of his collegiate career, taking full advantage of his time at the Senior Bowl and winning the game’s MVP.

“That’s not the only thing that I’m going to win in life,” Winfrey said on Friday in Indianapolis. “And that was just a stepping stone into the life that I want to live.

“I’m not one of those players that just gets complacent or gets happy with personal accolades that I have in the past. I continue to want to be great and chase accolades and chase team success until I can’t anymore.”

Deferring may be the most podium-friendly answer in the context of the combine, but the boost in confidence Winfrey has experienced because of the aforementioned accomplishments can’t be dismissed as easily. His focus now is solely on progressing and getting better as this pre-draft process goes on. A good combine performance could sway more people that his Senior Bowl levels of production are here to stay.

In the meantime, his confidence certainly is.

Winfrey’s versatility could be his biggest asset as he aims to make the transition to the league. At Oklahoma, he played every position along the line, which makes him a value within any scheme. Should his upward trajectory continue, that value could translate into an earlier round selection.