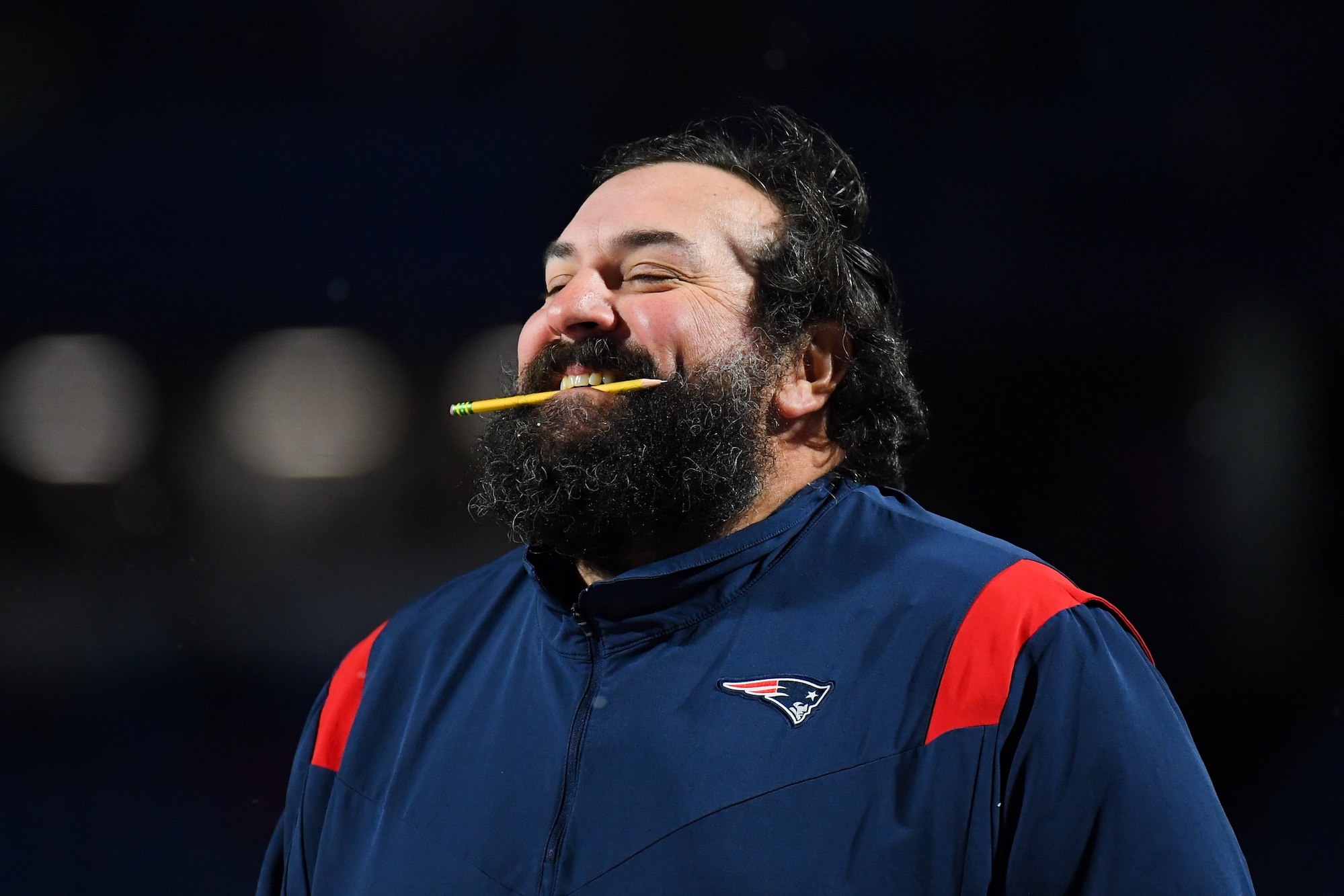 Does It Really Matter Who Patriots’ Play-Caller Is?

In what feels like a never-ending saga that continues to deliver unforeseen twists and turns, reports out of Foxboro are claiming that Patriots senior football advisor Matt Patricia may serve as New England’s offensive play-caller in 2022. Patricia returned to the Patriots last season in a secondary coaching role following a disappointing three-year tenure (2018-20) as the head coach of the Detroit Lions. Besides short stints as an offensive graduate assistant at Syracuse (2001-03) and a one-year experience as New England’s assistant offensive line coach (2005), the majority of Patricia’s coaching experience has occurred via the defensive side of the ball where he carved out an excellent reputation for himself as New England’s Defensive Coordinator (2012-17).

Witnessing Patricia call offensive plays would certainly qualify as peculiar, but that’s the path the Patriots appear headed down. Offensive play-calling matters more than ever before in today’s pass-happy league and Patricia’s coaching resume suggests he’s ill-equipped to serve in such a capacity.

It’s worth noting how we arrived at this juncture in the first place. Former Patriots Offensive Coordinator Josh McDaniels departed the franchise earlier this offseason to become the new Head Coach of the Las Vegas Raiders. McDaniels brought three of New England’s offensive assistants with him to Vegas, including Raiders Offensive Coordinator Mick Lombardi, who may have qualified as an in-house candidate to replace McDaniels in New England prior to his departure. McDaniels left a sizable hole behind as an OC that routinely experienced success in New England. Patriots Head Coach Bill Belichick oddly decided against naming a like-for-like replacement. And here we are.

Earlier reports had indicated that Joe Judge, another ex-Patriots coaching disciple that returned to New England this offseason following his own failed experiment as the head coach of the New York Giants, would call plays for the Patriots’ offense. Like Patricia, Judge now finds himself in an offensive coaching role despite possessing little coaching experience on that side of the ball. Belichick has routinely avoided opportunities to deliver clarity on the situation, and reports are now suggesting that Patricia, not Judge, will be the chosen man to spearhead New England’s offense in 2022. It all represents a potentially concerning downgrade from what McDaniels previously delivered.

Belichick has been heavily involved on the offensive side of the ball throughout organized team activities (OTAs). It represents somewhat of a change in approach for the typically defensive-minded Belichick. Recent reports continue to indicate that Belichick, Patricia, and Judge have combined to lead New England’s offensive installation process throughout this offseason. Having three defensive-minded (or special teams, in Judge’s case) coaches to oversee your offense certainly qualifies as unprecedented

Sophomore quarterback Mac Jones is entering a crucial campaign. Typically speaking, face-of-the-franchise quarterbacks often signal their path by putting forth strong second-year displays. That’s the goal for Jones in 2022. Jones is a quarterback that often wins with his mind and ability to process how opposing defenses are attempting to attack him both pre and post-snap. Winning off pure athletic ability, arm talent or even off-script isn’t Jones’ calling card. It makes surrounding him with a quality offensive coaching staff, one that could help his abilities flourish, that much more important.

The Patriots’ brass believes in Jones. They selected the former Alabama standout with the No. 15 overall selection in the 2021 NFL Draft and the immediate payoff was present. Jones experienced a solid rookie campaign, completing an impressive 67.6% of his passing attempts while throwing for 22 touchdowns and 13 interceptions en route to leading the Patriots to a postseason berth. Jones experienced a better rookie season than his rookie counterparts, many of which were drafted higher than he was (i.e. Trevor Lawrence, Trey Lance, Zach Wilson, and Justin Fields).

Further enhancing that belief by surrounding Jones with a quality offensive coaching staff and most importantly, an experienced play-caller should have been the easy decision for Belichick following McDaniels’ departure. For whatever reason, the Patriots have traveled down an alternative path, one that may place Patricia at the forefront. Analysts and wondering minds will continue following this developing situation with terrific anticipation.