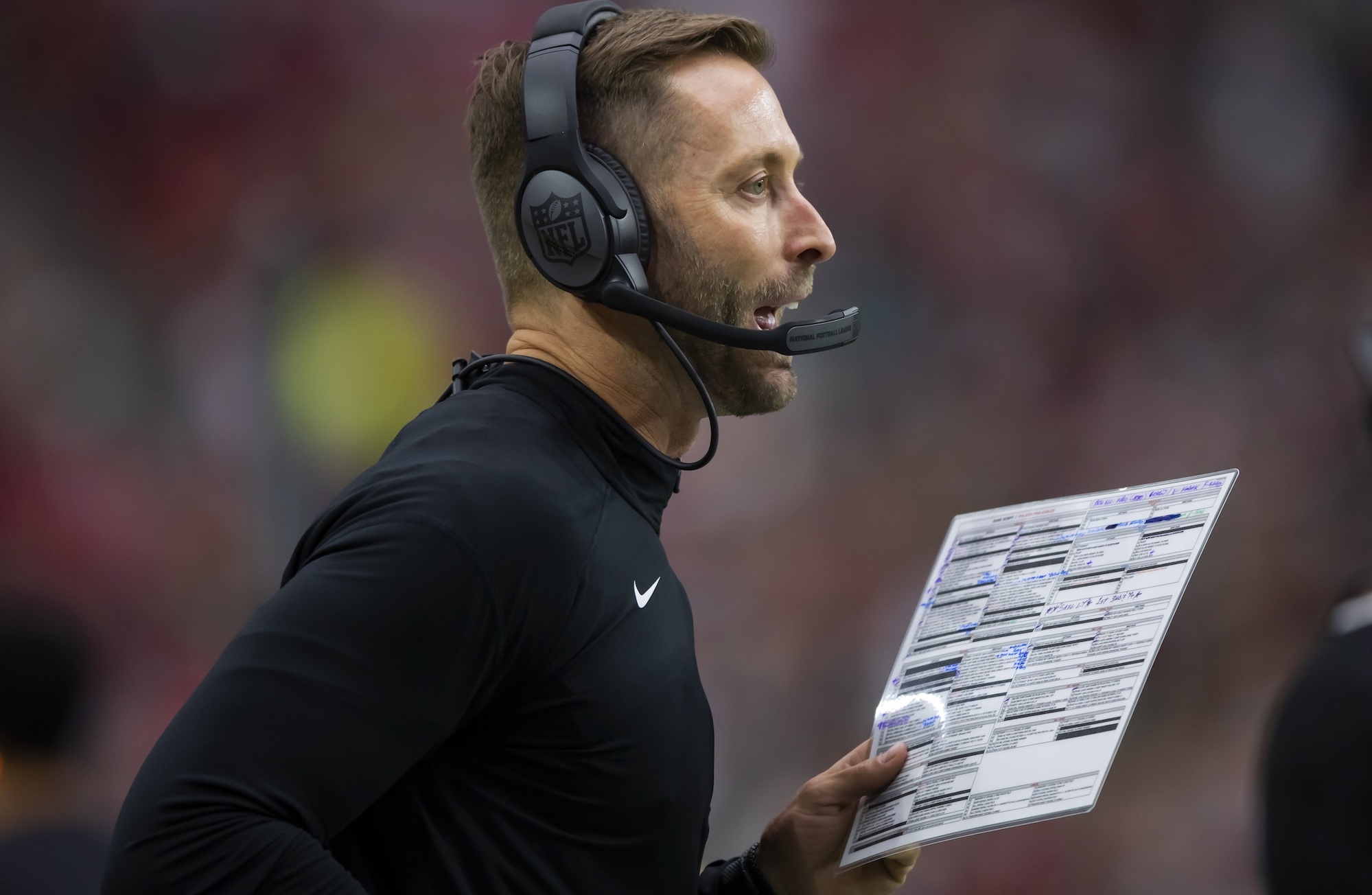 The New England Patriots confirmed they will hire an offensive coordinator for the 2023 campaign in a statement released on Thursday afternoon. Bill Belichick declined to hire an OC for 2022 following Josh McDaniels‘ departure. In a peculiar move, Belichick handed play-calling duties over to long-time defensive assistant Matt Patricia. The Patriots responded with the worst offensive performance in the Belichick era, per Football Outsiders’ DVOA efficiency metric.

The 2023 campaign will be crucial to deciding Mac Jones‘ future as a Patriot. Belichick must hire the appropriate coordinator to maximize Jones’ talents. We’ve identified three potential candidates to become New England’s next offensive coordinator.

Bill O’Brien has been routinely linked to New England’s vacant OC job and it’s easy to understand why. O’Brien previously enjoyed a four-year stint (2007-11) with the Patriots. He worked in various offensive roles before being promoted to offensive coordinator in 2011. The Patriots scored 32.1 points per contest under O’Brien in 2011. All in all, O’Brien helped the Patriots advance to two Super Bowls.

New England’s offense desperately requires a creative mind after experiencing an unimaginative campaign. O’Brien possesses the tools necessary to help the Patriots’ offense experience a necessary resurgence. O’Brien is the type of experienced play-caller Jones and his supporting cast deserves.

O’Brien’s contract recently expired at Alabama and he’s expressed interest in returning to the NFL. His existing relationship with Belichick should make their conversations rather straightforward. O’Brien is the favorite to land the job.

Kliff Kingsbury was relieved of his duties as the Arizona Cardinals‘ head coach on Monday. Kingsbury compiled a disappointing record of 28-37-1 across four seasons. Kingsbury could take a break, but jumping back into an offensive coordinator role could help rehabilitate his damaged reputation.

There’s a notable connection worth exploring. Belichick drafted Kingsbury, a former quarterback, with a sixth-round selection in the 2003 NFL Draft. Kingsbury never worked in New England as a coach, but Belichick is familiar with his impressive football IQ.

Belichick has routinely welcomed back familiar faces to his staff. New England, like Alabama is in college, has been an excellent landing spot for coaches to rejuvenate their resume. Kingsbury and the Patriots should share mutual interests.

Mike McCoy doesn’t have any obvious ties to Belichick or the Patriots, but an NFL team should be interested in hiring McCoy as their offensive coordinator. An experienced offensive mind, McCoy is currently thriving as the quarterbacks coach of the postseason-bound Jacksonville Jaguars. Trevor Lawrence has flashed sizable growth under McCoy’s tutelage in 2022.

McCoy has enjoyed four separate stints as an offensive coordinator or head coach. He advanced to a Super Bowl as the quarterbacks coach of the Carolina Panthers in 2008. The Los Angeles Chargers scored 25.6 points per contest in 2016, which was McCoy’s last season as their head coach. McCoy has overseen plenty of successful NFL offenses. The Patriots should submit a request to interview McCoy.