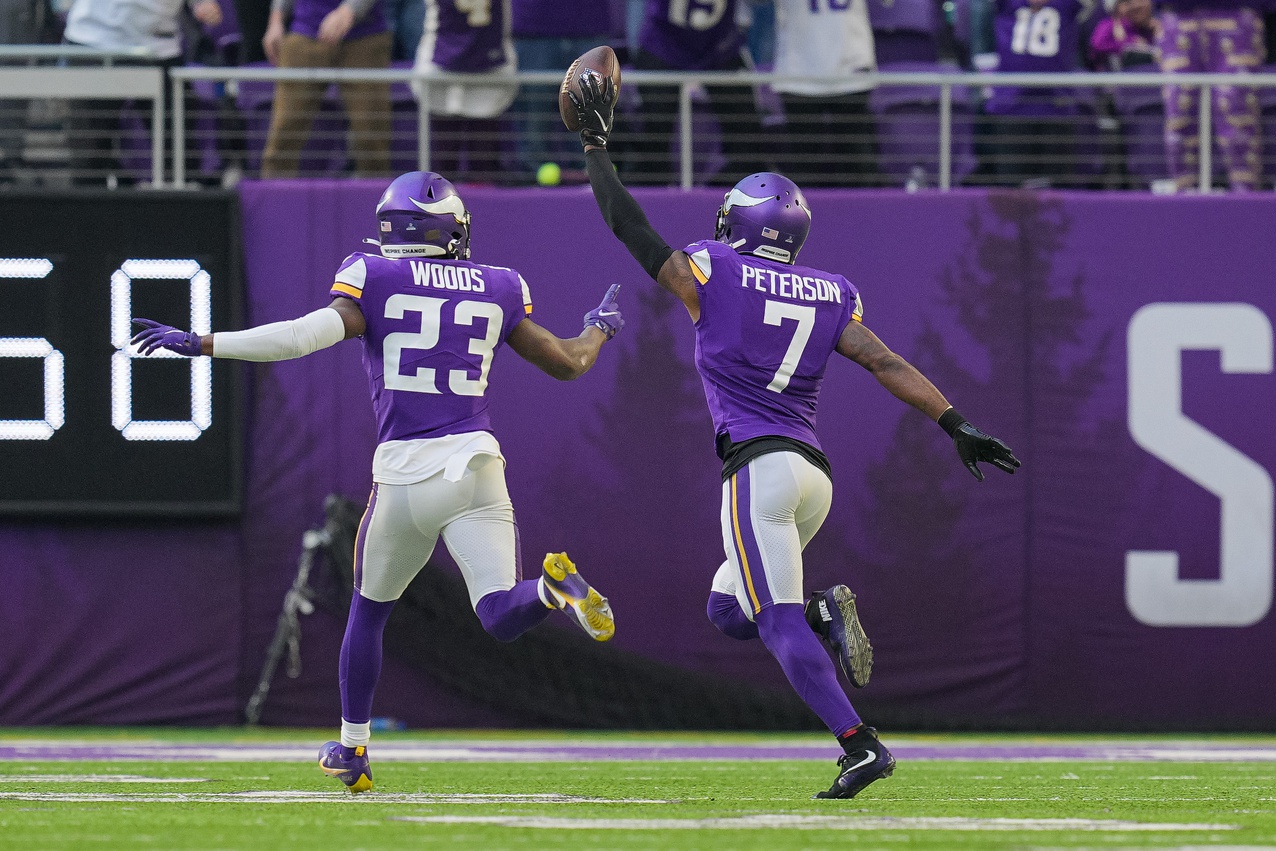 Free agent cornerback Patrick Peterson announced he is returning to the Minnesota Vikings on a one-year deal ahead of the 2022 campaign via his All Things Covered Podcast. Reports indicate Peterson’s one-year deal carries a base salary of $4 million with $3.5 million guaranteed. Peterson can earn another $1 million via incentives. The soon-to-be-32-year-old Peterson will play his second consecutive season in Minnesota after previously agreeing to a one-year contract with the Vikings last offseason. New Vikings General Manager Kwesi Adofo-Mensah and Head Coach Kevin O’Connell have decided to retain Peterson’s services for one more season in a mentorship type role, but it shouldn’t prevent the Vikings from drafting a cornerback early in the 2022 NFL Draft.

Peterson now rejoins a cornerback room that remains in transition. A swing-and-miss by the previous regime on former TCU cornerback Jeff Gladney in the first round of the 2020 NFL Draft has left this group particularly vulnerable. As things stand, Peterson slots back into Minnesota’s lineup opposite Cameron Dantzler. A former Mississippi State standout, Dantzler enjoyed a particularly fruitful sophomore campaign by recording career-highs in total tackles (50) and passes deflected (eight). Dantzler is an underrated cover-man that is worthy of spearheading Minnesota’s group of cornerbacks going forward, but more depth is required behind him and the aging Peterson. The Vikings allowed 252.9 passing yards per contest in 2021 – only the Washington Commanders, New York Jets, Seattle Seahawks and Baltimore Ravens allowed more passing yards on a per-game basis.

There could be a clear-cut favorite when the Vikings take to the podium with the 12th overall selection. Defensive backs coach Daronte Jones returns to the franchise in the same role he previously held in 2020. Jones briefly departed the Vikings to spend the 2021 campaign in the collegiate ranks as LSU’s defensive coordinator. The Vikings require more help at cornerback and Jones happened to work hands-on with top prospect Derek Stingley Jr. on a daily basis. Stingley is an exciting prospect and few coaches at the next level know him better than the one overseeing Minnesota’s cornerback room.

An eight-time Pro Bowler, three-time first-team All-Pro and member of the NFL’s 2010s All-Decade Team, Peterson was one of the best cornerbacks of his generation. Now beyond his athletic peak, Peterson relies on savviness and smarts to maintain effectiveness as a boundary cornerback. Peterson recorded 44 total tackles, five passes deflected and one interception in 14 regular-season appearances throughout the 2021 campaign, while earning a respectable coverage grade of 61.0 from Pro Football Focus.

Adofo-Mensah has spent much of the offseason retooling, revamping and hopefully improving a defense that allowed north of 25 points per contest last season. Prior to his decision to retain Peterson’s services, Adofo-Mensah attempted to boost Minnesota’s front seven by agreeing to contracts with outside linebacker Za’Darius Smith, defensive tackle Harrison Phillips and inside linebacker Jordan Hicks. Smith was an especially notable signing, and should help Minnesota’s pass rush become a more effective unit going forward. The Vikings also took a flier on former Green Bay Packers cornerback Chandon Sullivan, who joins a fellow NFC North rival on a one-year contract.

Peterson has an excellent chance to begin the 2022 campaign as a starter in Minnesota’s defensive backfield for the second consecutive campaign, an opportunity he was surely searching for via free agency. It’s essentially another one-year bridge deal for Peterson in Minnesota. Should the Vikings draft a cornerback relatively early, and they should, that prospect could benefit from sitting and learning behind one of the greatest cornerbacks in recent memory. All indications point to the Vikings adding another cornerback before we pull the curtains closed on the current offseason. We love the fit between Minnesota and Stingley.