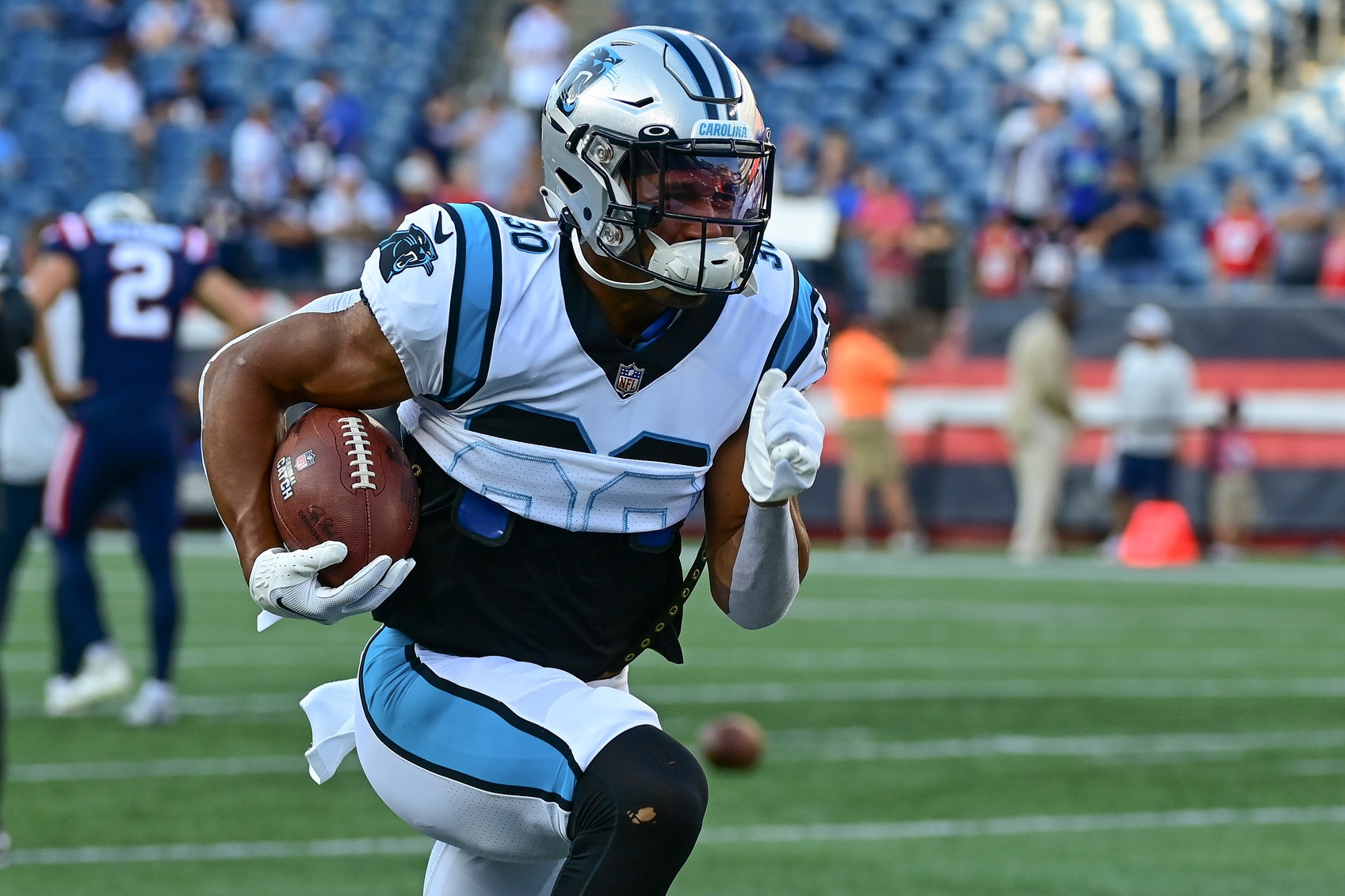 Who Should Be Panthers’ RB1 After Christian McCaffrey Trade?

The Carolina Panthers traded superstar running back Christian McCaffrey to the San Francisco 49ers in exchange for second-, third-, and fourth-round selections in the 2023 NFL Draft, and a fifth-round selection in the 2024 NFL Draft on Thursday evening. McCaffrey’s departure leaves Carolina without their clear-cut starting running back and best overall offensive weapon. Their offense must adjust as a result.

The Panthers will now move forward with a tandem of D’Onta Foreman and Chuba Hubbard at running back. It will be worth monitoring how offensive coordinator Ben McAdoo and interim head coach Steve Wilks plan to utilize their backfield. Foreman is the back that deserves to earn the bulk of the new-found carries.

Neither player has featured much this season, understandably so given McCaffrey’s dual-threat presence, but that’s about to change. Early indications are that the Panthers’ staff slightly prefers Foreman, who’s totaled 37 yards via 12 carries (3.1 yards per carry) this season. Hubbard has rushed for 34 yards on six attempts. Hubbard’s average of 5.7 yards per carry is notably better than Foreman’s, but the sample sizes remain too small to make any rash judgments.

Hubbard has received ample opportunities to impress in Carolina and has failed to seize those moments. Hubbard appeared in all 17 regular-season contests last year with 11 starts in relief of an injured McCaffrey. Hubbard accounted for 612 rushing yards on 172 carries, which equaled a rather pedestrian average of 3.6 yards per carry. Hubbard did show a nose for the end zone, scoring five rushing touchdowns. Ball security has been a minor issue. Hubbard has already lost a fumble this season despite limited touches, and he lost one last season as well.

Meanwhile, Foreman arrived in Carolina this past offseason via a one-year contract worth $2 million, including a $940,000 signing bonus. The Panthers probably wouldn’t have pursued Foreman’s services in free agency had they possessed a strong belief in Hubbard’s abilities. Foreman was excellent for the Tennessee Titans last season while replacing an injured Derrick Henry down the stretch of the regular season. Once considered a third-round bust, Foreman’s stint in Tennessee breathed life into his previously dwindling career.

Replacing McCaffrey’s dual-threat production will prove to be an impossible task for a struggling Panthers offense. The Panthers aren’t really expecting Foreman or Hubbard to serve as a like-for-like replacement for McCaffrey—this is about rebuilding the core of their franchise. But somebody has to earn the bulk of carries in McCaffrey’s absence. Foreman is now the most talented back on Carolina’s roster.