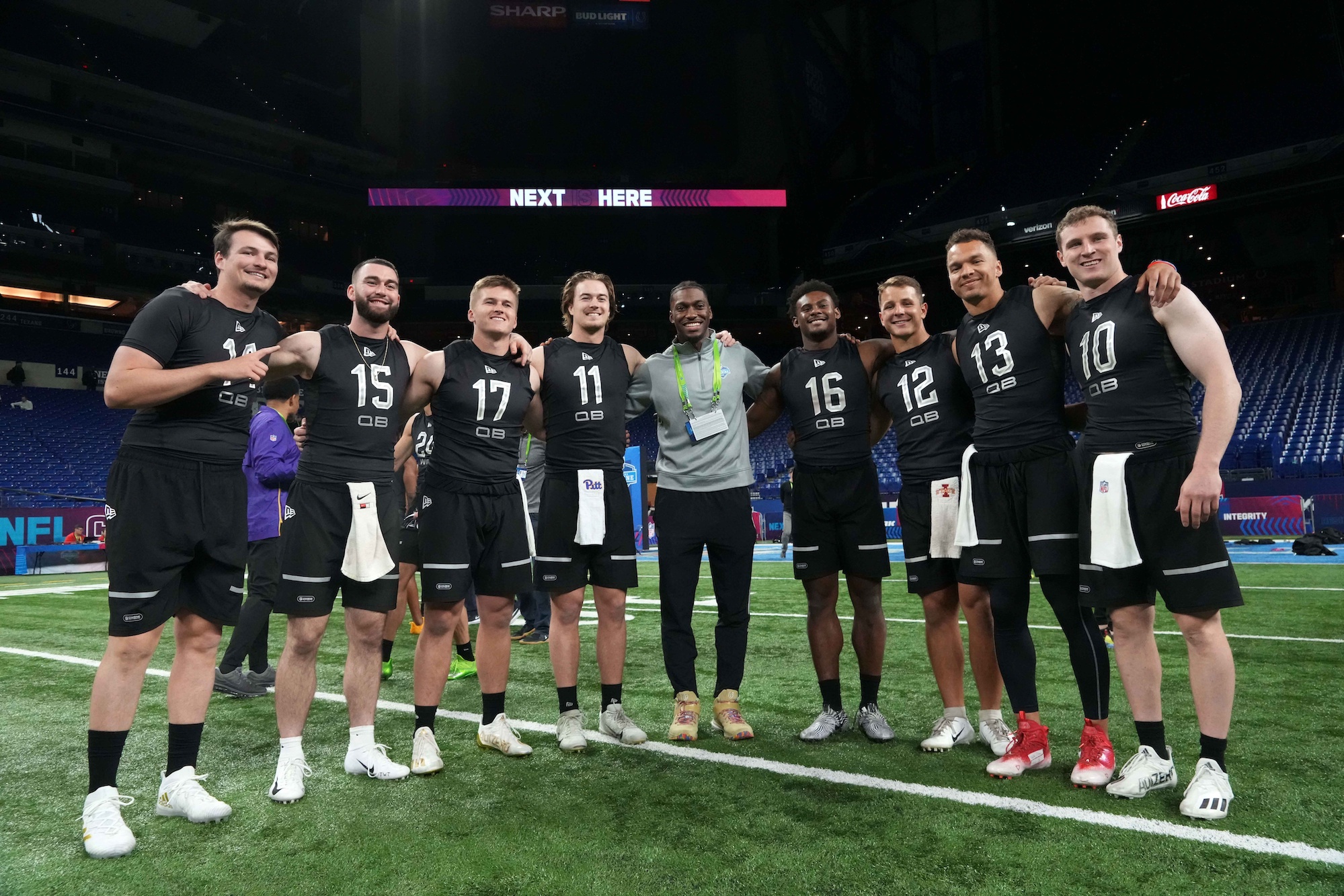 Besides the Los Angeles Rams (because “F them picks”), no team is in a draft situation quite as precarious as that of the Carolina Panthers. After their trade for Sam Darnold ahead of last season and the one for C.J. Henderson early in the regular season, the Panthers only have one top-100 pick overall): their first-rounder, the sixth overall pick. That is not an ideal situation to be in for a team that has some big roster holes to fill or for us in this Panthers Mock Draft.

Carolina finished last in the NFC South in 2021 with a 5-12 record, and in a division that has Tom Brady back as well as a solid Saints team, they still need serious upgrades before they can contend.

What’s even more unfortunate about the Panthers’ situation is their desperation for a new starting quarterback. Darnold has clearly not been the answer they were hoping for, so they’ll likely be holding onto that sixth overall pick—and not trading back—to take a quarterback.

So with six total picks in the draft—and just one in the top 100—here’s my take on a 7-round Panthers mock draft.

Carolina should be thinking about trading back from the sixth overall pick because of their current lack of good draft capital. A trade-back could allow the Panthers to fill more roster holes with solid players available in the earlier rounds. Ultimately though, the need for a quarterback ends up trumping all.

Kenny Pickett provides an upgrade over Darnold, to be sure. He doesn’t have the highest ceiling of any quarterback in this draft class, but he does have the highest floor. For a team that really needs to get a consistent signal-caller, it’s hard to do much better in this class than Pickett.

The Pitt product has good mobility, great accuracy, and doesn’t take many ill-advised risks with his throws. I don’t buy into his hand size being a big issue, and if he’s playing in Carolina, he won’t often have to fight the same level of cold weather as he did in Pittsburgh.

After chilling for all of day two of the draft, the Panthers have to wait until the very end of the fourth round before making their second pick in this draft.

Carolina builds up the protection for him up front here, selecting versatile guard Tyrese Robinson in the fourth round. Robinson played right guard for two years before moving out to tackle in 2021. He projects better as a guard at the next level, and his bully mentality and power generation have allowed him to find success in his blocking on the interior.

The Panthers’ offensive line was one of the worst in the NFL last season, so Robinson provides a further upgrade to the interior after Carolina’s Austin Corbett signed in free agency.

Carolina makes their first defensive upgrade in the draft with their third selection overall: nose tackle John Ridgeway out of Arkansas.

Ridgeway projects best into a 3-4 base defense with his proven abilities as a 0-tech, but pairing him up with newcomer Matt Ioannidis was too good to pass up. Ridgeway is a monster run defender with his size and power combining to make him a hard man to block up front. He could use some improvements in his pass rush, but with Ioannidis next to him and opposing teams often needing two guys to block Ridgeway, he’d be a very menacing addition to Carolina’s front seven.

That defensive upgrade provided just a brief intermission between offensive line upgrades for the Panthers on day three. Carolina got some help on the interior in free agency and in the fourth round, but they got an offensive tackle upgrade with their second fifth-round pick here.

Dare Rosenthal is quick, powerful, and has the perfect build for an NFL offensive tackle. That said, he’s likely a bit of a developmental project with some questionable fundamentals. Still, if Carolina is able to pull those abilities out of a naturally gifted athlete, they’ll get another huge—and much-needed—upgrade to their lackluster offensive line.

Another upgrade to Carolina’s defensive front comes here in the sixth round. Micheal Clemons projects as a defensive end on a 4-3 scheme like the Panthers run. After losing Haason Reddick in free agency, Carolina could use some additional help on the edge.

They were able to hold onto rotational pass rusher Marquis Haynes Sr. in free agency to keep up some depth, and Clemons provides some additional help. He’s flashed good explosiveness and strength at the point of attack but could use some work developing his pass-rush attack. If he improves with hand counters and maintains his motor and effort, he’d be a great late-round addition to the front seven.

With their final pick in the 2022 NFL Draft, the Panthers keep building around their first-round quarterback with a receiving weapon on the outside. Stanley Berryhill III won’t be an immediate contributor right away, with Robby Anderson and the recently extended D.J. Moore likely seeing a majority of targets. But Berryhill’s skills both as an outside and slot receiver, including good route-running and run-after-catch ability, mean he could be a solid rotational piece within a couple of years.

What would you do differently in your own Panthers mock draft? Do a mock draft of your own by using TDN’s Mock Draft Machine. 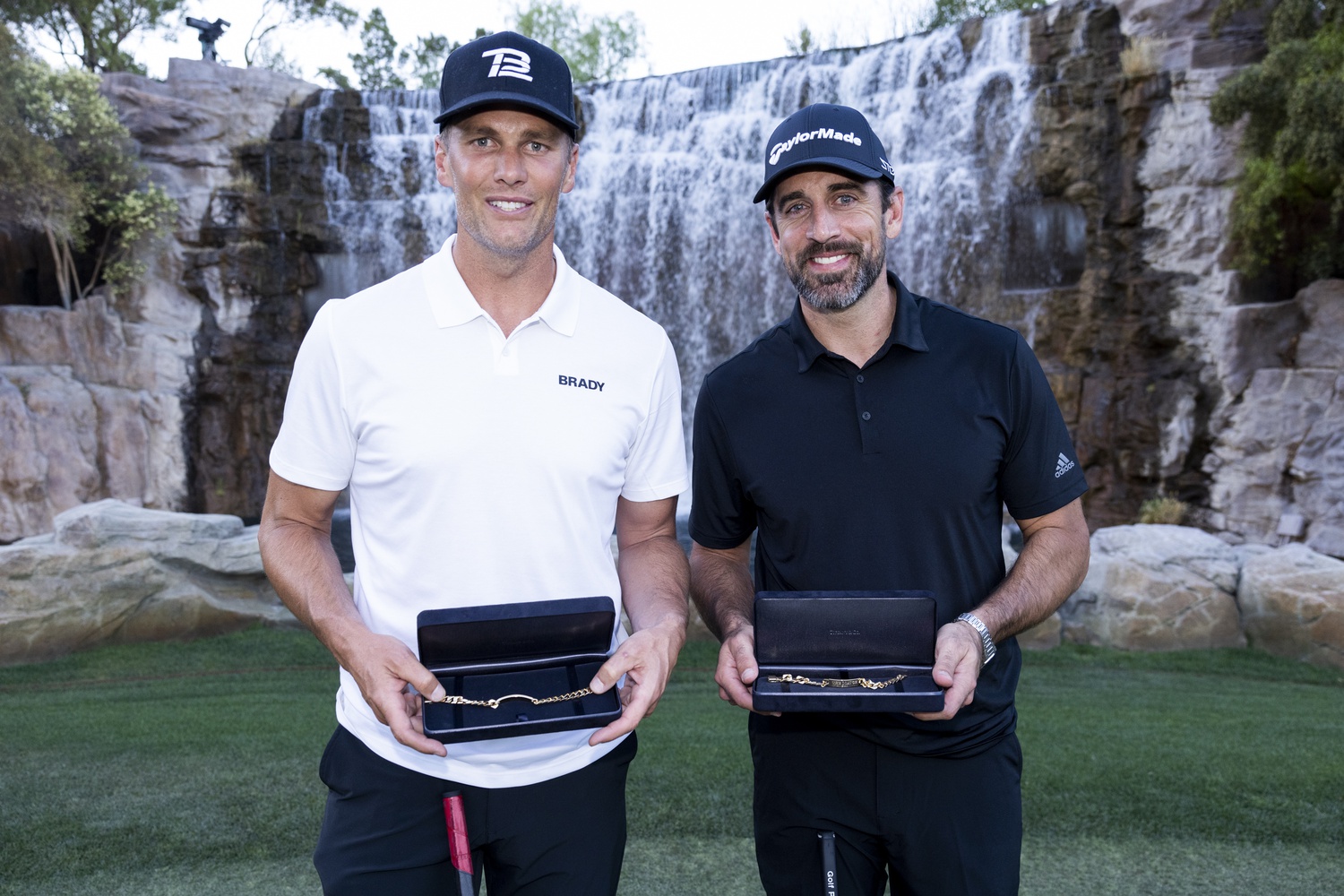 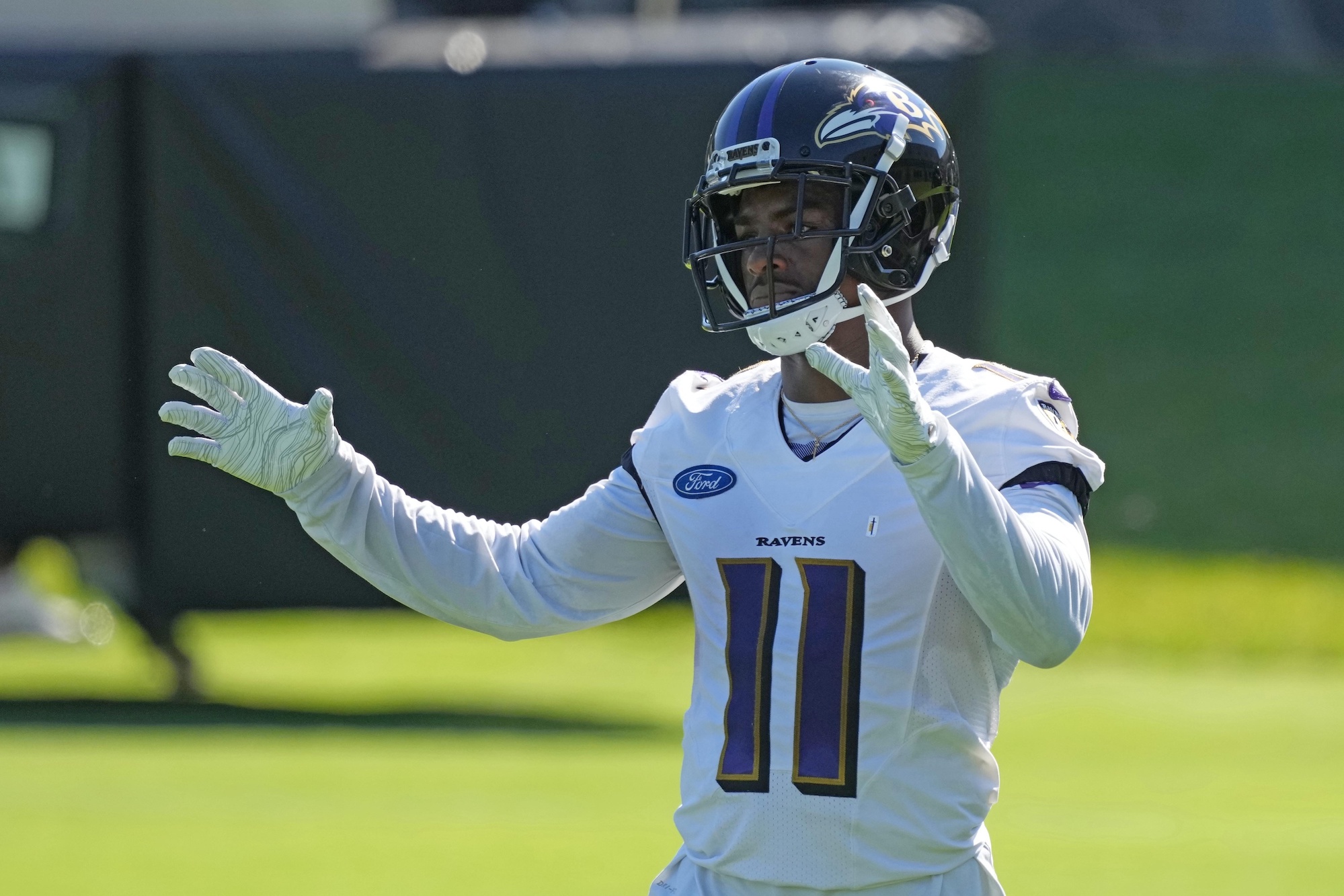