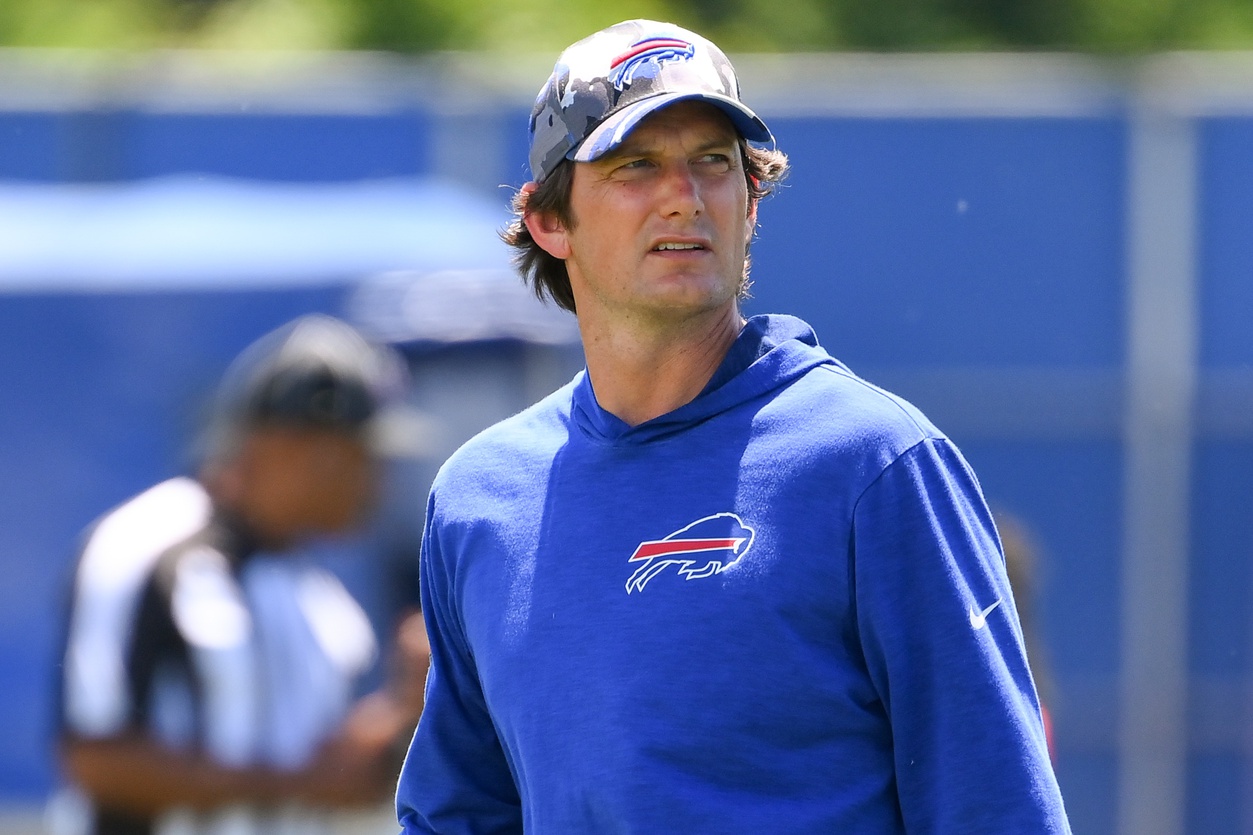 The Carolina Panthers fired head coach Matt Rhule on Monday morning, the team announced via social media. Sunday’s emphatic 37-15 defeat at the hands of the San Francisco 49ers, which dropped the Panthers to 1-4, served as the final straw. Rhule’s tenure in Carolina ends with a record of 11-27.

Defensive passing game coordinator Steve Wilks takes over as interim coach. It represents Wilks’ second opportunity as a head coach after leading the Arizona Cardinals to a 3-13 record in 2018. Wilks will receive a fair chance to prove he deserves the job on a full-time basis, but it’s difficult to imagine Wilks enjoying enough success given the state of Carolina’s offense and quarterback play to earn a permanent role.

The Panthers will now begin searching for Rhule’s eventual successor. Firing Rhule this swiftly allows the Panthers to put together a comprehensive list of candidates. We’ve identified three potential contenders.

Buffalo Bills offensive coordinator Ken Dorsey should receive interest next offseason despite being a first-time, first-year coordinator. Dorsey’s latest showing included Sunday’s 38-3 drubbing over the Pittsburgh Steelers. Bills quarterback Josh Allen was 20-of-31 for 424 passing yards and four touchdowns. Buffalo’s offense is currently averaging a league-leading 440.4 total yards of offense per game while scoring 30.4 points per contest. Dorsey’s Bills are firing on all cylinders.

Dorsey deniers will point to Allen’s presence. It’s a decent argument, but Brian Daboll was a victim of similar discourse last offseason, but that hasn’t prevented Daboll from leading the New York Giants to an unsuspecting 4-1 start. Dorsey is a good coach regardless of Allen’s presence, just like Daboll was.

Dorsey actually worked in Carolina for five seasons as their quarterbacks position coach (2013-17). Dorsey has since improved as a coach since departing for promotions. A return to Carolina may be on the horizon for the surging Dorsey.

The Philadelphia Eagles are the league’s lone undefeated team (5-0) through five weeks. If Philadelphia continues traveling down this current road of elite success, both offensive coordinator Shane Steichen and defensive coordinator Jonathan Gannon are essentially guaranteed to receive head coaching interest from around the league. The Panthers should interview Steichen the moment he becomes eligible.

Steichen has helped Eagles quarterback Jalen Hurts develop into a legitimate franchise quarterback this season. Hurts has flashed terrific progress as a pure signal-caller under Steichen’s tutelage. Steichen is currently overseeing a high-octane Eagles offense that’s averaging 419.8 yards per game. Their 259.8 passing yards per game ranks seventh in the NFL and is 59.6 yards better than the 200.2 they averaged last campaign.

The Panthers may be in a position to draft Bryce Young, C.J. Stroud, or Will Levis. Owner Dave Tepper may possess an interest in hiring a young offensive mind to groom a potential franchise quarterback. Steichen has already proved capable of handling such a task.

The Panthers could opt to hire an experienced culture-changer with previous head coaching experience. If that’s the road Tepper decides to travel down, Dallas Cowboys defensive coordinator Dan Quinn may top his wishlist. Quinn was expected to depart the Cowboys this past offseason for another head coaching opportunity, but Quinn deflected interest and decided to remain in Dallas. Quinn will once again receive plenty of interest this coming offseason.

Quinn has rehabilitated his reputation in Dallas. He’s overseeing a dominant defense that’s being spearheaded by Defensive Player of the Year candidate Micah Parsons. Dallas’ defense has taken on the personality of their defensive coordinator. All parties involved are benefiting.

Quinn has been patiently vetting his next opportunity. Carolina doesn’t currently appear to be a particularly exciting destination, but a premium top-five draft selection in the 2023 NFL Draft could change that, especially given the depth of the quarterback class. Carolina should have an interest in Quinn, and it may prove to be reciprocal.