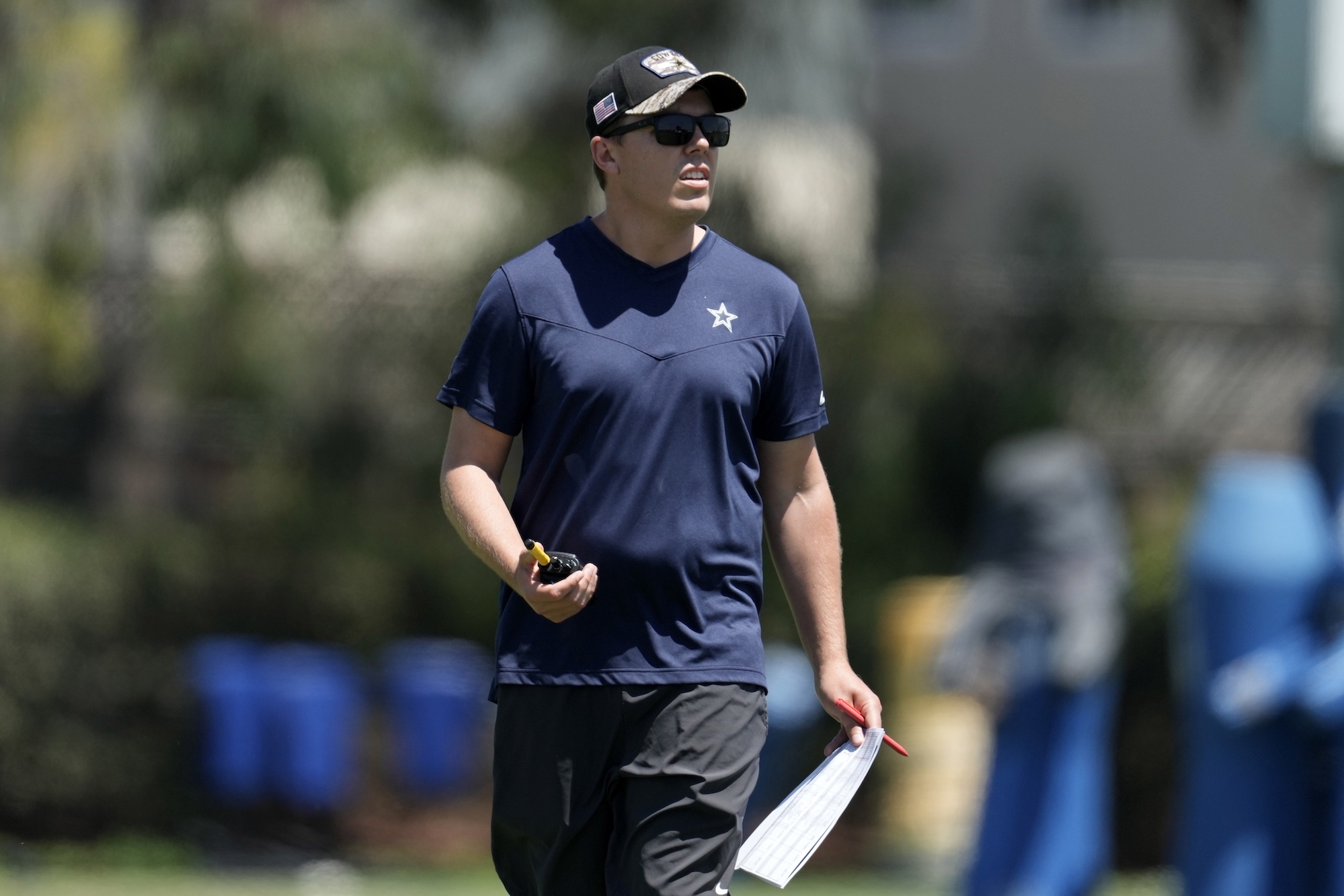 The Carolina Panthers are beginning to ramp up the search for their next head coach. The Panthers will interview former Indianapolis Colts head coach Frank Reich on Wednesday, per Ian Rapoport. The Panthers have also submitted an official request to interview Dallas Cowboys offensive coordinator Kellen Moore, per Todd Archer. Michigan Wolverines head coach Jim Harbaugh has also been linked to Carolina’s vacancy.

Interim head coach Steve Wilks deserves consideration to have the interim title removed. Wilks did an admirable job with the Panthers following the in-season firing of Matt Rhule. Wilks unexpectedly positioned the Panthers to compete for the NFC South title in Week 17.

The Panthers have identified some excellent candidates. Additional options may still emerge. We’ve analyzed three viable candidates should the Panthers move on from Wilks.

Panthers owner Dave Tepper may prefer to hire an experienced, stabilizing figure following Rhule’s failure. It’s largely why Wilks is such a strong candidate. Reich is a sound alternative option.

The Colts fired Reich mid-season after compiling a 3-5-1 record. The Colts got significantly worse following Reich’s departure, finishing the campaign 4-12-1 under the guise of Jeff Saturday. In four-and-a-half-seasons as Indianapolis’ head coach, Reich went 40-33-1. It’s a respectable record that indicates Reich deserves a second opportunity elsewhere.

Miraculously, Reich never entered a campaign with the same starting quarterback from the previous season. Although Reich deserves some blame for Indianapolis’ long-lasting failure to acquire a franchise quarterback (Reich backed Carson Wentz), it’s Colts general manager Chris Ballard that’s most culpable. The Panthers own the No. 9 overall selection in the 2023 NFL Draft. The Panthers could hire Reich and provide him with stability at quarterback by drafting C.J. Stroud, Will Levis, or Bryce Young.

New York Giants offensive coordinator Mike Kafka shouldn’t be an underrated candidate throughout this process. The Panthers have already submitted a request to interview Kafka. He’s firmly on their radar.

Kafka is another member of the Andy Reid coaching tree that is enjoying a quick ascension up the ranks. Kafka played as Reid’s backup quarterback in 2010-11 before joining Reid’s staff in 2017. He spent Patrick Mahomes‘ first two seasons as his quarterback coach. Kafka then followed Brian Daboll to become his offensive coordinator with the New York Giants.

Kafka has overseen the emergence of Daniel Jones, who led the Giants to an unexpected postseason berth this season. Jones is now well-positioned to sign a lucrative extension with the Giants this summer. Kafka’s work as a quarterback whisperer hasn’t gone unnoticed.

Kellen Moore has been the Dallas Cowboys’ offensive coordinator since 2019. A former NFL quarterback, Moore’s reputation has rapidly increased throughout the years. The 34-year-old interviewed for the openings in Miami and Jacksonville last summer. This offseason may finally reward Moore with an opportunity to lead a franchise of his own.

The Cowboys have been a well-balanced offense under Moore in 2022. They’re averaging 27.5 points per contest, and finished the regular season as the league’s fourth-ranked scoring offense. The Cowboys averaged an efficient 135.2 rushing yards per outing.

Moore’s candidacy may ultimately rely on Dallas’ postseason fate. The Cowboys play the Buccaneers in the wild-card round on Monday. The Panthers wouldn’t be able to officially hire Moore until the Cowboys are eliminated from contention. Playoff success could ironically hinder Moore’s ability to put together a coaching staff.