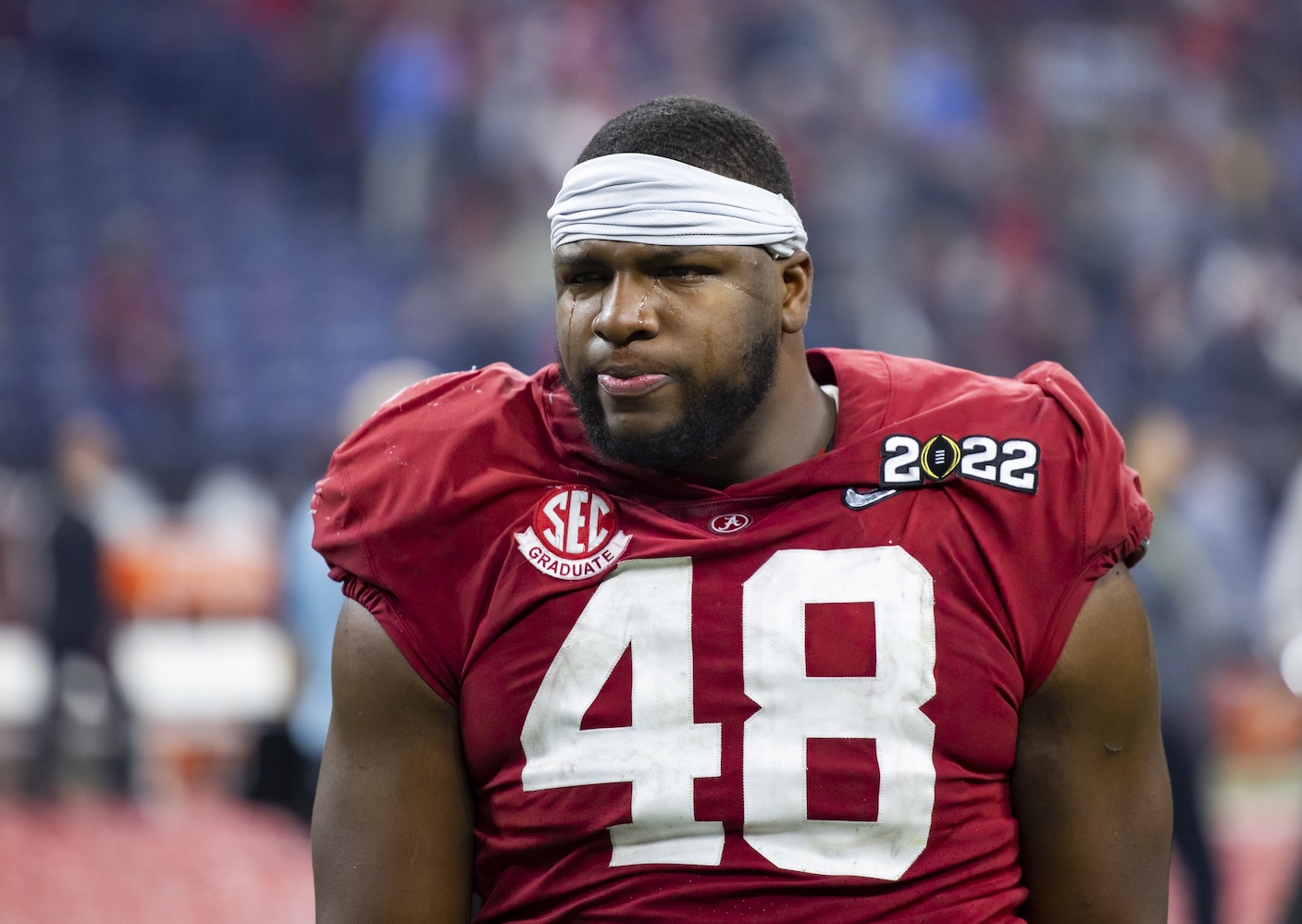 The Green Bay Packers received the good news they were hoping for this offseason when Aaron Rodgers announced he was returning to Titletown for the 2022 season. And while it’s still unclear whether he’ll play in the green and gold beyond next season, we can table that insufferable discussion until next year this time.

With Rodgers back in the mix and NFL free agency right around the corner, it’s a worthwhile exercise to see what a 2022 NFL Draft haul could look like for the Packers.

Without further delay, here’s my latest swing on a seven-round Packers mock draft.

There will be a fairly large contingent of Packers fans who hope the team will (finally) draft a wide receiver in the first round. But with the depth at the position in the 2022 NFL Draft, Green Bay will turn its attention to adding an athletic offensive tackle with an extremely high ceiling in Bernhard Raimann. Unlike the wide receivers, there is a pretty steep drop in offensive tackle grades from this spot to the Packers’ next pick. And regardless of what Rodgers may say after the draft, this pick does help him.

Phidarian Mathis is one of my favorite interior defensive linemen in the 2022 NFL Draft. He reminds me quite a bit of Akiem Hicks, both in body type and playstyle. Green Bay needs to level up their defensive line, both inside and out, making Mathis a nice target with positional versatility.

Speaking of upgrading the edge, Sam Williams possesses a scheme-diverse skill set with a strong arsenal of pass-rush moves. He had a career-best 12.5 sacks in 2021 and had an exceptional showing at the 2022 NFL Scouting Combine. He clocked a 4.46 40-yard dash at 6-foot-4 and 261 pounds.

Let’s keep it rolling on defense in the fourth round with another really good value selection in Jesse Luketa. He’s a high-motor defender with the kind of snap-to-whistle mentality that will make him a fan favorite in Green Bay. He’s a tough dude, too, who will claw his way to quality reps early in his NFL career.

Defense? More defense? YES! More defense. Akayleb Evans is a player I’m a little bit higher on than most, in large part because I think he’s a low-bust risk. He’s 6-foot-2, 197 pounds, and ran a 4.46 40-yard dash. He has good length (32-inch arms) and had fine explosion numbers. At worst, Evans will transition to being an effective safety on the next level. At best, he’ll provide an above-average size and physicality skill set in the cornerback room.

Ok, it’s time to give Rodgers someone he can throw to. And with the torn ACL suffered by Robert Tonyan last season, it’d make sense for the Packers to target another tight end to compete with Tonyan (if he re-signs) and Josiah Deguara. Austin Allen is gigantic at 6-foot-8 and 253 pounds. He’d offer a different skill set than the current Packers’ tight ends and would be a fun size mismatch for Rodgers in the red zone.

To the relief of every Packers fan reading this mock draft, Green Bay adds a wide receiver on day three in Tyquan Thornton, who blazed a 4.28 40-yard dash at the NFL Scouting Combine. More track star than wide receiver, Thornton has the rare speed and developmental upside to be a serious home run hitter for Rodgers and the Packers’ passing game early in his career.

This Packers mock draft ends with some beef for the offensive line. Brock Hoffman has enjoyed a quality college career and should have a fighter’s chance at being a depth player in the NFL. At worst, he’d be a nice practice squad candidate for Green Bay.