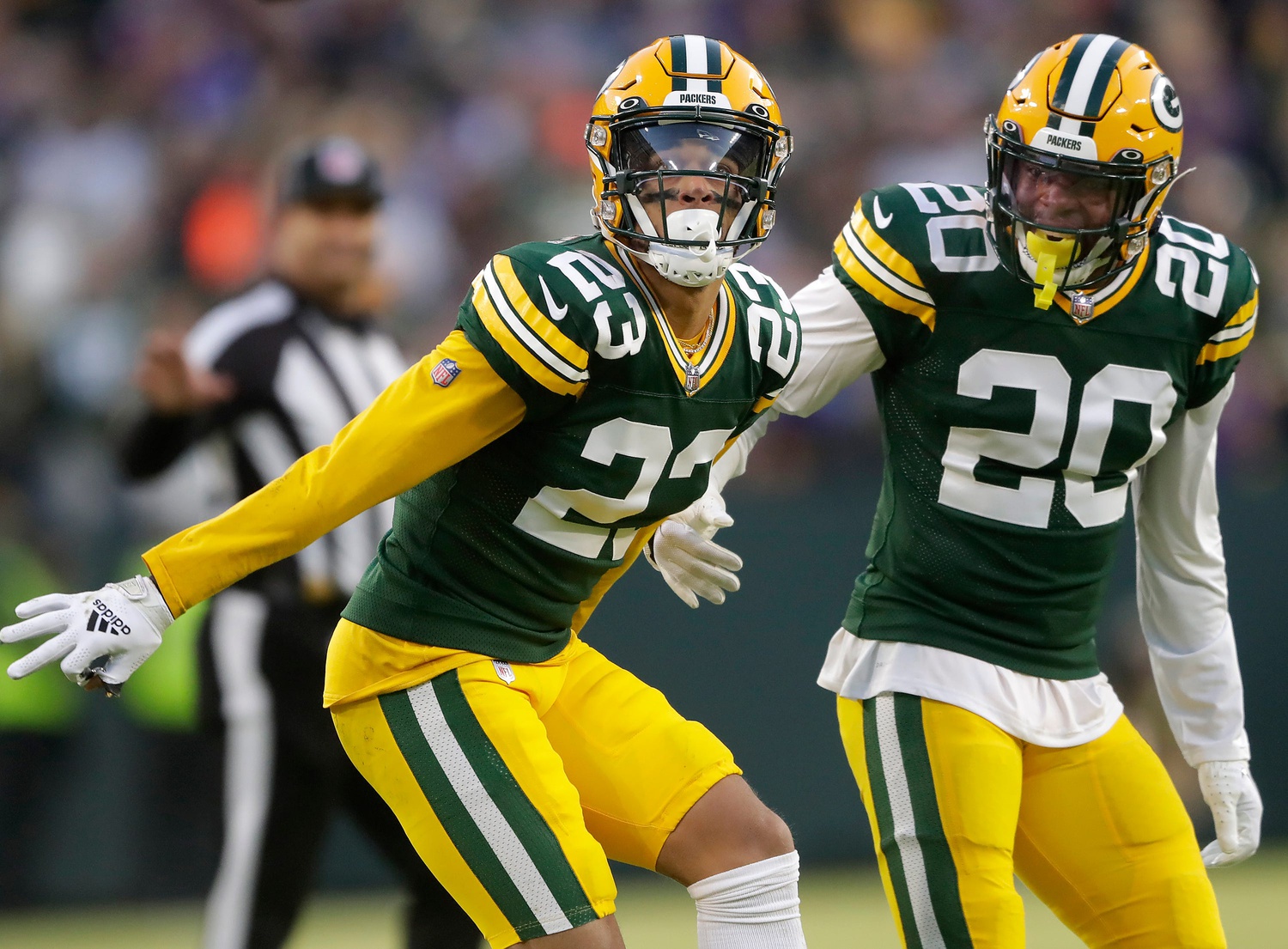 Minnesota Vikings receiver Justin Jefferson may be the NFL’s best receiver right now, but on Sunday afternoon, the Green Bay Packers secondary held him to just one catch for 15 yards.

Jefferson’s performance in Green Bay was always going to be in the spotlight coming into Sunday’s game. Earlier in the week, Packers cornerback Jaire Alexander called Jefferson’s fantastic Week 1 performance against the Packers a “fluke” and all but guaranteed the receiver would be stifled in Week 17.

Sixteen weeks after the third-year receiver caught nine passes for 184 yards and two touchdowns against the Packers and a few days after Alexander’s comments, Alexander and the rest of Green Bay’s secondary walked the walk and shut down Jefferson. The Packers would go on to win their fourth straight game in a 41-17 rout and are just one win away from somehow securing a playoff berth despite a 4-8 start.

Indeed, even without Alexander’s comments, his matchup with Jefferson always was going to be an excellent one. Back in May, the Packers made Alexander the highest-paid defensive back in NFL history with a four-year extension worth $21 million per year. In the coming offseason, the Vikings are expected to make Jefferson the new highest-paid receiver in NFL history with a contract extension that could be worth more than $150 million total. These two players are some of the best in the game at their respective positions, so their head-to-head matchup was bound to bring the heat.

Well as it turned out, one of the Packers’ biggest keys to shutting down the dynamic pass-catcher was keeping their elite pass defender on top of him. In Week 1, when Jefferson tore up Green Bay’s secondary, Alexander lined up against Jefferson on only 36 percent of his routes. None of his catches came when Alexander was in coverage. On Sunday, Alexander followed Jefferson on 65% of his routes, and the receiver’s sole catch came after the cornerback passed him off in zone coverage.

One of the biggest things Alexander and the Packers’ secondary did to keep Jefferson’s production limited was playing up on him in press-man coverage and jamming him at the line of scrimmage. There were several instances throughout the game where Alexander or whoever covered Jefferson would shove the receiver within the “five-yard zone” in which defenders are allowed to make contact. In those instances, he wouldn’t get a clean release off of the line of scrimmage, throwing him off his route early and forcing him to readjust. With the defensive line keeping pressure on quarterback Kirk Cousins, Jefferson’s need to adjust threw off his timing and opened fewer windows for Cousins to find him downfield.

Jaire Alexander held Justin Jefferson to 0 catches in the 1st half.

Just a perfect rep from Jaire Alexander at the bottom of the screen up against Justin Jefferson yesterday.

Jaire probably gets a shot at picking this off if not for Slaton’s bat at line. pic.twitter.com/o0G6dyeE3q

When the Packers’ secondary wasn’t jamming Jefferson, they did just about everything else that they could to get in his head. Alexander hit the “Griddy” after breaking up a pass intended for him. On one play that ended in an interception, the cornerback shoved Jefferson in the back a couple of times on the return. On another interception, the receiver made the tackle on the Packers’ sideline and the whole team swarmed around him to start celebrating the pick.

The #Packers get their FOURTH turnover of the night!#MINvsGB | #GoPackGo

Football is a mental game as much as it is a physical one, and Jefferson made it easy to see that the Vikings were getting in his head.

For the Packers, the key to stopping Jefferson was jamming him off the line of scrimmage, preventing him from getting going early, and doing everything they could to make him frustrated. As the postseason creeps ever closer, teams that might face the Vikings are taking note and will look to do the same thing to shut down one of the league’s best receivers.